Why the Atheist’s Obsession with God?

Hi recently received this question on Facebook from someone I used to work with:

I am one of those people: I obsess over the existence of God, and am obsessed with those who believe in a deity and why they do so.

I think the simplest explanation is that we are fascinated by people who are different to ourselves. In this way, I have been interested (at different points in my life) in the causes of homosexuality or autism and reasons for adhering to politics unlike my own, amongst other things. We, as humans, are always hankering after understanding of the unknown, and other people are unknown to us, especially if they explicitly believe different things to us, or behave in different ways.

The basis of this is that we think, by default and rather obviously, that we are “right”. If we didn’t, then we would have some serious issues with our sense of self and self-esteem. In fact, when we have mental health issues, it is often precisely because we think we are “wrong”. In a rational sense, I obviously think I am right all of the time, otherwise I wouldn’t be arguing so much over these things and trying to convince people who are wrong, and I would have to admit that my rational faculties were faulty.

Now, with something like homosexuality, it is not really a rational choice, but, more often, a biological or genetic scenario. For other things, like belief in God or a political worldview, they are rational choices (built on foundations of psychology, or even following psychological commitments – so a veneer of rationality). As such, we think we are right in our rationalising a conclusion (even if this actually happens to be post hoc rationalisation – rationalising after the prior psychological commitment to make that commitment look rational). If we think we are right, then we think those who think differently are, in some sense, wrong. If they are wrong, how is it that people so seemingly similar to ourselves can conclude antithetically?

This is the obsession with God.

But you will also need to add to that the joy of solving puzzles. Puzzles of evidence. Puzzles of logic. Puzzles of thought and the mind.

And then there is the strangeness and otherworldliness of the supernatural.

Then, there is the joy of debate. Good old arguing. We love it.

Soooo…: You’re wrong – how is it that you, so similar to myself, can be so wrong? Look, I’ve studied these puzzles, and I have come to these conclusions about these crazy apparent phenomena. And now I’m going to convince you to conclude as I do.

What’s not to love? 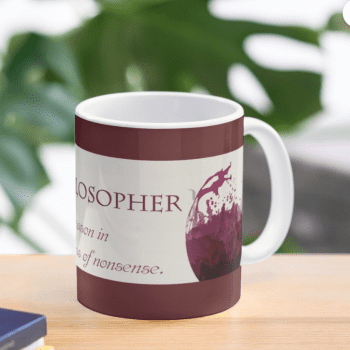 Final Sermon in a Time of Pandemic
Editor’s Note: Next in the "Pandemic Sermon" series is a former preacher,...

Trump Is Ripping up the Constitution and His...
https://www.youtube.com/watch?v=sl_gO3uOds8 It's hard not to be obsessed with politic at the moment;...

Republican Convention To Be Held In Moscow
Moscow, Russia - Russian President Vladimir Putin is beside himself with joy. His... 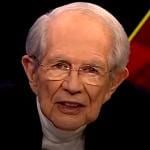 Far-right televangelist turns on Trump, leaves America stunned
ONE can always depend on Pat Robertson to utter garbage, so when...
view all Nonreligious blogs
What Are Your Thoughts?leave a comment
Copyright 2008-2020, Patheos. All rights reserved.