Federal and state governments have enacted some very attractive incentives for electric vehicle (EV) drivers and homeowners who install solar panels.  These incentives encourage actions that reduce the burning of fossil fuels.  Both EV’s and solar panels are still quite expensive, although the costs of both are coming down as technology improves and production volumes ramp up.  That was the purpose of the incentives…to kick start these needed technologies.  Government has a legitimate role to play in encouraging actions like these that are deemed desirable for the population as a whole.

There are some powerful business interests that are not happy about this. Oil companies envision a reduced market for their products and view such incentives as government meddling in the “free market,” despite the fact that they have been feeding at the public trough with lowball leases and depletion allowances for many years, making their products artificially cheap and encouraging people to buy big, inefficient vehicles.

The big electric power utilities were complacent about solar panels for a long time, but recent price reductions have greatly accelerated installations, and now they see the writing on the wall.  As their sales of electricity decline, the fixed costs of maintaining the grid…transmission lines, power poles, generation facilities, etc…must be spread over fewer kilowatt hours. That means profits will decline unless the price they charge goes up.  They are confronted by the prospect of a “death spiral.” Their price increases will make solar panels even more attractive, further reducing demand for their juice, requiring more price increases until their whole business model implodes.

Fossil fuel companies and electric utilities…we are talking about some really big companies, with smart management.  They recognize that the trend toward clean, renewable energy sources is inevitable, but they have a lot of money tied up in oil, coal and natural gas leases and fossil fuel burning generators. They want to slow the down the transition process so that they can extract the last penny of profit from those sunk costs, but they realize that they can’t just dig in their heels and brazenly oppose clean, renewable energy sources. They need to find a way to slow down the adoption of technology that threatens their bottom line without appearing to be greedy anti-environmentalists.  How can they do that?  Keep reading.

The power companies claim that solar panel owners are getting a “free ride.”  They are still connected to the grid and nearly all of them use some grid power.  But the fixed costs are a pro-rata charge added to each kilowatt hour.  Solar panel owners don’t buy many kilowatt hours, so the power companies claim that they aren’t paying their “fair share” of those costs.  To make that idea politically palatable, they claim that solar panels are mostly owned by rich people, so the higher costs will be passed on to poor folks.[i]

Their solution is to tack a monthly fee on solar panel owners for NOT using their juice.

This line of reasoning is blatantly self-serving.  It makes the unspoken assumption that power companies are entitled to a certain income level regardless of how much power they produce.  In effect, they are saying, “We are okay with reducing our output as long as it doesn’t affect our bottom line.”    The monthly fee negates, at least partially, the government incentives.  In effect, it transfers those incentives from the homeowner to the power companies, rewarding them for generating less power.  How many businesses do you know of that make more money when they produce less?  More importantly, it changes the financial equation for the homeowner, making installation of a solar panel less attractive, the very thing the government is trying to encourage.  Worse yet, it unfairly blindsides people who have already installed a panel by changing the rules after they have made a big financial commitment.  It’s a clever strategy, lining their pockets and discouraging solar panel installations at the same time.  They shouldn’t be allowed to get away with it.

Generating electricity by burning nonrenewable, pollution-generating fossil fuels is obsolete technology.  Thomas Edison saw this almost a hundred years ago. In a conversation with Henry Ford in 1931 he said:

“We are like tenant farmers chopping down the fence around our house for fuel when we should be using Natures inexhaustible sources of energy – sun, wind and tide. … I’d put my money on the sun and solar energy. What a source of power! I hope we don’t have to wait until oil and coal run out before we tackle that.”

Companies that made whale oil lamps or buggy whips a hundred years ago were not bailed out by the government when sales of their products declined. They changed their business plan or went out of business. Fossil fuel producers should do the same.

Now let’s talk about Big Oil, and its machinations to discourage electric vehicles. For many years, taxes on gasoline have been used for maintenance of our road system. Despite the subsidy that oil companies receive in the form of the Oil Depletion Allowance, they have adamantly opposed federal and state taxes on gasoline. As cars have become more efficient, they use less gas, and worse yet (for the oil companies) electric vehicles use none. The available funds for road and bridge maintenance is declining. So, the oil lobbies came up with a scheme to provide those funds, and at the same time, discourage EV purchases. It’s called ‘tax by mile.’

Proponents of the ‘tax by mile’ scheme say that it is only right that drivers should pay for road maintenance according to how much they use the roads.  That doesn’t account for variations in the weight of the vehicle or in consumption of gasoline and all its negative effects. Furthermore, their claim that only drivers benefit from the roads is wrong. EVERYBODY uses the roads whether they drive or not!  Making drivers pay for road maintenance is like making the parents of kids in school pay the total cost of the operating the school system.

Most people would agree that education of the populace is beneficial to every citizen, making our economy more productive and enabling us to compete in world markets with US made products and services.  Nobody, as far as I know, is proposing that only the parents of students should pay the taxes used for the salaries of teachers and school administrators or for maintaining the vast infrastructure of educational facilities.  How is that different from the road system? The cost of maintaining the road system should never have been borne by vehicle owners.  Roads are one part of the array of government services that benefit us all…police, fire departments, sewerage, etc.  We don’t pay for sewerage based on how many times we sit on the white throne every day.  All these services come out of the general fund provided by property taxes, sales taxes, etc. Whether you own a car or not you still use the roads.  Food, furniture and all those commercial products that you buy are shipped on the road system.  Emergency services use the roads.  It’s an essential part of a modern economy. Public schools and public roads are both essential to the functioning of our nation.  Every citizen benefits from these services so every citizen should contribute to the costs of their operation.

The fossil fuel lobby has another trick up their sleeve to discourage EV ownership. The registration fee for my Honda Fit EV now includes a special charge to make up for my lack of gasoline tax contributions. Power companies are getting in on the fun too. My electric bill now includes an extra fee because I have a solar panel, and don’t buy enough juice from them, so I am not paying my “fair share” of the grid maintenance costs. I look forward to the day when the cost of energy storage comes down enough so that homeowners can go “off grid.” Even then, they will probably try to figure out a way to charge us…for not using their power!

All of these extra fees and assessments are the result of powerful vested interests who don’t give a damn about anything except their bottom line. They know that as solar panels and EV’s continue to proliferate, their business model is in trouble. As the political power of EV and solar panel owners grows, they will lose this battle…I hope. But in the meantime, they are fighting a very effective rear-guard action to delay their day of reckoning. It can’t come too soon.

[i] I posted an accompanying article about the hypocrisy of such claims. It is titled “The Solar Power Problem.” Here is the link. 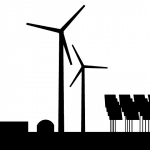