The Exodus account is one of the key stories of the Bible, creating a foundation upon what so much else in the Bible is built. Without the truth of the Exodus, the truth of Moses, the Mosaic Law and any number of other claims are brought into suspicion.

Previously, I have shown you the ridiculous notion of the Exodus account (here), and indeed, it provides the final argument in my talk God on Trial.

I am going to revisit this subject with a number of articles, this first one concerning camels. There are several anachronisms in the Bible and this is a major example. 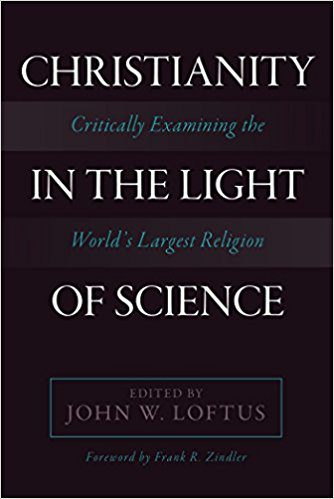 The basis for much of what I will be telling you will come from my friend and Skeptic Ink colleague Rebecca Bradley and her chapter, “The Credibility of the Exodus”, in John Loftus’ Christianity in the Light of Science (for which I also contribute a chapter on free will – labelled by some as the best in the book! ;) ).

I have previously mentioned a Tel Aviv University Press Release reporting research that has built on work hinted at in Israel Finkelstein’s The Bible Unearthed which claimed that camels were not domesticated in the Ancient Near East too long after they are claimed to be existent and members of a goodly number of biblical stories. In other words, these anachronisms strongly suggest that the claims of the Bible are made up. The press release starts:

Camels are mentioned as pack animals in the biblical stories of Abraham, Joseph, and Jacob in the Bible. But archaeologists have shown that camels were not domesticated in the Land of Israel until centuries after the Age of the Patriarchs (2000-1500 BCE). In addition to challenging the Bible’s historicity, this anachronism is proof that the text was compiled after the events it describes, according to researchers.

Their relevance to the Exodus question lies in several anachronistic mentions in the Pentateuch. Joseph is sold by his jealous brothers to Midianite/Ishmaelite spice merchants, on their way to Egypt with camel-loads of “aromatic gum and balm and myrrh” (Genesis 37:25). On the believers’ timeline, this is dated to the nineteenth century BCE; unfortunately, this is about nine centuries before camel caravans revolutionized the spice trade and opened up new overland caravan routes. Of course, it is just barely credible that occasional caemls passed through Canaan or reached Egypt prior to their significant introduction in the Iron Age, but it is a stretch. The incense-burning camel caravan mentioned in Genesis is equally a stretch; the trade described is more characteristic of the Iron Age products of Arabia. [p.262-2]

Mentions of camels are problematic because camels were simply not used at the time as domesticated animal transportation.

The Bible does its own job of discounting them, too, as Bradley continues:

But it is the mention of camels, in Exodus 9:3, that blows the game entirely:

Behold, the hand of the LORD is upon thy cattle which is in the field, upon the horses, upon the asses, upon the camels, upon the oxen, and upon the sheep; there shall be a very grievous murrain.

This is a reference to the fifth plague, whereby God would smite the Egyptian (but not the Israelite) livestock with a deadly epidemic. Including camels among the herds implies that camels were beiung bred in Egypt at the time, which in turn would mean that their bones, hair, and dung should be turning up in significant quantities in Egyptian deposits. The fact that they do not is an irreconcilable difference between the document and the archaeology. Equally damning is the mention of Job’s herd of six thousand camels (Job 42:12) at the impossibly erarly date of 2100 BCE according to conventional Bible chronology. Details like these, however, tie in very well with mainstream scholars’ contention that the narratives were written down and compiled no earlier than the seventh century BCE, when camels had become commonplace.

Now Dr. Erez Ben-Yosef and Dr. Lidar Sapir-Hen of Tel Aviv University’s Department of Archaeology and Near Eastern Cultures have used radiocarbon dating to pinpoint the moment when domesticated camels arrived in the southern Levant, pushing the estimate from the 12th to the 9th century BCE. The findings, published recently in the journal “Tel Aviv”, further emphasize the disagreements between Biblical texts and verifiable history, and define a turning point in Israel’s engagement with the rest of the world.

“The introduction of the camel to our region was a very important economic and social development,” said Dr. Ben-Yosef. “By analyzing archaeological evidence from the copper production sites of the Aravah Valley, we were able to estimate the date of this event in terms of decades rather than centuries.”

Archaeologists have established that camels were probably domesticated in the Arabian Peninsula for use as pack animals sometime towards the end of the 2nd millennium BCE. In the southern Levant, where Israel is located, the oldest known domesticated camel bones are from the Aravah Valley, which runs along the Israeli-Jordanian border from the Dead Sea to the Red Sea and was an ancient center of copper production. At a 2009 dig, Dr. Ben-Yosef dated an Aravah Valley copper smelting camp where the domesticated camel bones were found to the 11th to 9th century BCE. In 2013, he led another dig in the area.

To determine exactly when domesticated camels appeared in the southern Levant, Dr. Sapir-Hen and Dr. Ben-Yosef used radiocarbon dating and other techniques to analyze the findings of these digs as well as several others done in the valley. In all the digs, they found that camel bones were unearthed almost exclusively in archaeological layers dating from the last third of the 10th century BCE or later — centuries after the patriarchs lived and decades after the Kingdom of David, according to the Bible. The few camel bones found in earlier archaeological layers probably belonged to wild camels, which archaeologists think were in the southern Levant from the Neolithic period or even earlier. Notably, all the sites active in the 9th century in the Arava Valley had camel bones, but none of the sites that were active earlier contained them.

The appearance of domesticated camels in the Aravah Valley appears to coincide with dramatic changes in the local copper mining operation. Many of the mines and smelting sites were shut down; those that remained active began using more centralized labor and sophisticated technology, according to the archaeological evidence. The researchers say the ancient Egyptians may have imposed these changes — and brought in domesticated camels — after conquering the area in a military campaign mentioned in both biblical and Egyptian sources.

The narratives and the facts claimed about them (i.e., their dating) are thus found to be riddled with problematic holes. This is the joy of skepticism – doubting even the most innocuous things and analysing claims to see if they stand or fall.

March 2, 2018
The Most Detailed Map of the Universe to Date
Next Post

March 3, 2018 God on Trial
Recent Comments
0 | Leave a Comment
Browse Our Archives
get the latest updates from
A Tippling Philosopher
and the Patheos
Nonreligious
Channel
POPULAR AT PATHEOS Nonreligious
1