I posted an earlier article on Bierce that had a long list of quotes from “The Devil’s Dictionary.” Here is a shorter list with some different ones that I think are quite amusing. I hope you enjoy them as much as I did.

My father was a fruit farmer with only a high school education, but he had an insatiable curiosity about things.  A farmer doesn’t have much to do in the winter…repair machinery, maybe do some pruning when the weather isn’t too bad.  My dad read a lot. His tastes were varied…theology, philosophy, semantics…and some literature.  I never read any of his books, but I saw them in his library.  S. I. Hayakawa, John Stuart Mill, Balzac, and one in particular…Ambrose Bierce. Since then, I have rarely seen Bierce’s name mentioned anywhere, although admittedly I do not spend much time in literary circles.  But I noticed an article in a recent issue of Atlantic magazine on Bierce, and it brought back memories of my father’s wintertime library.

Bierce was born in 1842, and died in 1913.  He fought in the Civil War, took a Confederate bullet in the head, spent a few months recuperating, and then insisted on returning to his regiment.  Even though he was from a much earlier era, his acerbic observations on politics, religion and human nature are still pointedly perceptive today, as you will see below. Bierce was a prolific writer, but his most famous work is “The Devil’s Dictionary,” a cynical stiletto in the heart of American patriotism, self-righteousness and hypocrisy among other things. Bierce fancied himself a truly objective person who saw things as they really are, instead of the way most people delude themselves.  I found a web site with a number of his quotes, and have included a few below for your amusement.  The first one is virtually a self-portrait of the old curmudgeon.

Cynic, n: a blackguard whose faulty vision sees things as they are, not as they ought to be.

Edible – good to eat and wholesome to digest, as a worm to a toad, a toad to a snake, a snake to a pig, a pig to a man, and a man to a worm.

Abstainer: a weak person who yields to the temptation of denying himself a pleasure.

Absurdity, n.: A statement or belief manifestly inconsistent with one’s own opinion

Academe, n.: An ancient school where morality and philosophy were taught. Academy, n.: A modern school where football is taught.

Amnesty, n. The state’s magnanimity to those offenders whom it would be too expensive to punish.

Backbite. To speak of a man as you find him when he can’t find you.

Belladonna, n.: In Italian a beautiful lady; in English a deadly poison. A striking example of the essential identity of the two tongues.

Corporation: An ingenious device for obtaining profit without individual responsibility.

Education, n.: That which discloses to the wise and disguises from the foolish their lack of understanding.

Faith: Belief without evidence in what is told by one who speaks without knowledge, of things without parallel.

History is an account, mostly false, of events, mostly unimportant, which are brought about by rulers, mostly knaves, and soldiers, mostly fools.

Immortality: A toy which people cry for, and on their knees apply for, dispute, contend and lie for, and if allowed, would be right proud eternally to die for.

Impartial – unable to perceive any promise of personal advantage from espousing either side of a controversy.

In our civilization, and under our republican form of government, intelligence is so highly honored that it is rewarded by exemption from the cares of office.

Logic: The art of thinking and reasoning in strict accordance with the limitations and incapacities of the human misunderstanding.

Politics: A strife of interests masquerading as a contest of principles. The conduct of public affairs for private advantage.

Pray: To ask the laws of the universe to be annulled on behalf of a single petitioner confessedly unworthy.

Prejudice – a vagrant opinion without visible means of support.

Religion. A daughter of Hope and Fear, explaining to Ignorance the nature of the Unknowable.

Sabbath – a weekly festival having its origin in the fact that God made the world in six days and was arrested on the seventh.

Speak when you are angry and you will make the best speech you will ever regret.

The hardest tumble a man can make is to fall over his own bluff.

The slightest acquaintance with history shows that powerful republics are the most warlike and unscrupulous of nations.

We know what happens to people who stay in the middle of the road. They get run over.

Who never doubted, never half believed. Where doubt is, there truth is – it is her shadow.

March 5, 2018
The Exodus Debunked: Hardening of Hearts
Next Post 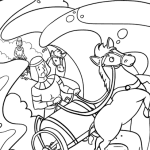 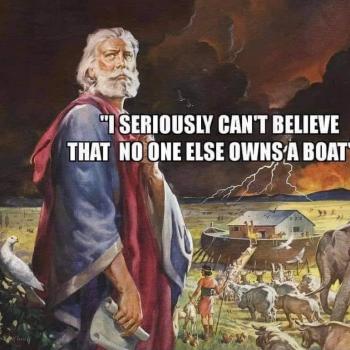 Nonreligious
It's Meme-O'clock
A Tippling Philosopher
TRENDING AT PATHEOS Nonreligious