One of my favorite authors, Robert M. Price, recently penned an article dealing with the subject in the title above. (See NOTE at end.) Price is a gifted writer, and a critic of religion in general, but his main target is Christianity. If you read his bio, you will find that he attended religious seminaries and obtained advanced degrees in the study of the Bible. His knowledge of Scripture is encyclopedic. But somewhere along the way, he apparently had an epiphany, and became a critic of Christianity. He has written many books that deal with various aspects of religious belief.

The Double Truth Theory says, for example, that even though scientific studies have shown how the process of natural selection works, there is an “alternative zone” of truth where the Bible says that God created everything a few thousand years ago, and nothing has changed since then. Dinosaurs lived alongside humans, and a talking snake flimflammed poor Eve, condemning us all to our mortal fate.

This is all very familiar. Stephen Jay Gould tried to separate religious belief from science, asserting that they were “non-overlapping magisteria.” Richard Dawkins, among others, trashed that idea. Dawkins said that religious beliefs were “existence claims,” and therefore unavoidably scientific, and subject to verification or falsification by the procedures of the Scientific Method. Dawkins suffered a lot of personal attacks for that position, but he is absolutely right. Claiming that a supernatural deity exists is nonsense without some evidence. And PUHLEEZE don’t try to claim that the Bible is evidence. That is a classical example of circular reasoning.

As Price says, “Believing that so-and-so happened when it cannot be proven from definitive evidence ultimately produces fanaticism and intellectual dishonesty, pretending you are certain of something when you have no right to be. If you admit it is impossible to be sure that certain ostensible events ever occurred, but you believe faith requires such certitude, you are in for endless torment.”

Why torment? Because of the fear that somebody will prove your claims to be false. Christians hide behind a wall of ignorance. As long as nobody can prove them wrong, they are safe in their faith-based beliefs. But the narrative in the book of Genesis has been slowly and methodically undermined by science as the mysteries of evolution through the process of natural selection have been unraveled. The Creationists have painted themselves into an ever-shrinking corner.

I doubt if religious believers who are scientifically illiterate, have any discomfort over this. They have their belief system, and any science-based contradictions are easily dismissed. But I feel sorry for the scientists, and others who are scientifically literate, who are religious believers. They must build a cognizant partition…NO!!!…an impregnable wall between their evidence-based scientific knowledge and their faith-based religious belief. Through even the tiniest crack in that wall, the dissonance would be deafening.

NOTE: Here is a link to the article: http://www.robertmprice.mindvendor.com/zblog/an-aversion-to-averroes/ 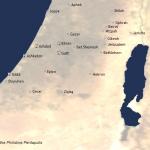 March 9, 2018 The Exodus Debunked: You Philistines!
Recent Comments
0 | Leave a Comment
Browse Our Archives
get the latest from
Nonreligious
Sign up for our newsletter
POPULAR AT PATHEOS Nonreligious
1