The Exodus Debunked: You Philistines!

I will continue my deconstruction of the Exodus accounts by concentrating on the Philistines. The articles so far have been:

I want to compile them all into a series as I have done with the Nativity and Easter.

The basis for a lot of what I will be telling you will come from my friend and Skeptic Ink Network colleague Rebecca Bradley and her chapter, “The Credibility of the Exodus”, in John Loftus’ Christianity in the Light of Science (for which I also contribute a chapter on free will).

17 Now when Pharaoh had let the people go, God did not lead them by the way of the land of the Philistines, even though it was near; for God said, “The people might change their minds when they see war, and return to Egypt.” 18 Hence God led the people around by the way of the wilderness to the Red Sea; and the sons of Israel went up in martial array from the land of Egypt.

The implication here is clear: whatever the date chosen for the Exodus, believers must adhere to the idea that the Philistines were already established along the Mediterranean coast. Of course, you can guess what is coming next…

This anachronism is rather similar to the camel issue and the pitch issue, both already mentioned. The cumulative evidence, also brought together from the terminal dating issues, really powerfully show that the Exodus certainly never happened when it is claimed to have happened and most likely not at all (given that there is exactly zero evidence for it and no available time slot in the chronology of the Ancient Near East!).

The Philistines were a member of the Sea Peoples, a term applied as follows:

The Sea Peoples are a purported seafaring confederation that attacked ancient Egypt and other regions of the East Mediterranean prior to and during the Late Bronze Age collapse (1200–900 BC).[1][2] Following the creation of the concept in the nineteenth century, it became one of the most famous chapters of Egyptian history, given its connection with, in the words of Wilhelm Max Müller: “the most important questions of ethnography and the primitive history of classic nations.”[3][4] Their origins uncertain, the various Sea Peoples have been proposed to have originated from places that include western Asia Minor, the Aegean, the Mediterranean islands, and Southern Europe.[5] Although the archaeological inscriptions do not include reference to a migration,[2] the Sea Peoples are conjectured to have sailed around the eastern Mediterranean and invaded Anatolia, Syria, Canaan, Phoenicia, Cyprus, and Egypt toward the end of the Bronze Age.[6]

In 2016, a large Philistine cemetery was discovered, containing more than 150 dead buried in oval-shaped graves, indicating an Aegean origin, which is yet to be confirmed by genetic testing.[8][13][14][15]

The reason I include this last one is because of this delightful quote on my last article about me and my piece, from a Christian commenter:

Ask the author of this article their credentials that makes them pretend that generations of scholars never had the same material to work with. Th Author doesnt know crap either. [Sic]

The idea that all archaeology has been done and the conclusions accessible by all scholars over time is patently nonsense. Here is some new evidence, from last year, pertaining to the provenance of these people.

This is a problem for even the “late date,” since the Philistines’ arrival was part of a dramatic process that only began at about 1200 BCE: the general collapse and chaos that marked the end of the Late Bronze Age and the segue into the Iron Age. All over Anatolia, the Aegean, and the Levant, cities, states, and even empires crumbled, over a period of about fifty years; Egypot and parts of Mesopotamia survived but were shaken; the infamous Sea Peoples swept like a scythe along the Mediterranean coast, cutting down cities as far as the borders of Egypt, where Rameses III managed to hold them off. A good case can be made for another climate event setting off what turned into this perfect storm of misfortune – an extended drought similar but not as severe as the one that put an end to the Early Bronze Age, nearly a thousand years before. But whatever the proximal cause, this rolling catastrophe accounts for a number of destruction levels previously credited to Joshua and the conquest of Canaan….

…they were defeated in the epic battle with Rameses III in about 1180 BCE and then were allowed to settle along the southern coast of the Levant. From the late twelfth century BCE [i.e. 1100s BCE, not the 100 years earlier, the proposed later date of the Exodus], they were a strong presence in the form of the Philistine Pentapolis, until they came under Assyrian control in the eight century BCE, along with most of their neighbours.

There is, for obvious reasons, an awful lot of archaeology that gives us a good understanding of these events. Simply put, when the Bible mentions the Philistines in this Exodus context, the Philistines did not exist. It’s not that they were there, but were called something else – it’s that they did not yet exist.

The problems with this scenario are not confined to merely the Exodus account. Genesis 21 and 26 have Abraham and Isaac visiting the Philistines some nine centuries before they existed! (Perhaps a series debunking Genesis is on the cards…)

Bradley briefly mentions the attempted rationalisations (because they do not deserve too much attention as they are not in any way persuasive). Some claim (e.g. Archer in the Encyclopedia of Biblical Difficulties) that the Philistines must have existed in Abraham’s time because…because the Bible says so. Brilliant. Aardsma (mentioned in the article on chronology) suggests that the term Philistine merely refers to entirely different groups of people, and the Israelites at the time simply called these different people “Philistines”. Evidence? Well, the Bible says so. Round and round the circle we go. Looking at extra-biblical texts, the name does not appear until the reign of Rameses III. The only reason, as an objective historian, to maintain that the Conservative, traditional biblical interpretation of the Bible is correct would be that you really, really wanted the Bible to be correct. Motivated reasoning is all the Christians and orthodox Jews can rely on.

Again, the evidence suggests rather forcefully that the Exodus accounts were Iron Age documents, and that the Exodus never happened, being a later fabrication of Exilic or post-Exilic Jews. 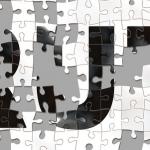 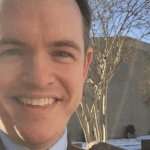 March 9, 2018 Yes! Science and Reason-Based Politics!
Recent Comments
0 | Leave a Comment
"I don't know how any university administration can listen to this and think this man ..."
MadScientist1023 Outright Misogyny: The Worst Speech in ..."
"I made sure to let them know I saw without leaving any comments. :)"
Boreal Comment Scorecard
"Bless their little hearts."
VintageHuman Comment Scorecard
"Some of them, for sure, some even further back in time, others maybe the famous ..."
Rick O'Shea Outright Misogyny: The Worst Speech in ..."
Browse Our Archives
get the latest updates from
A Tippling Philosopher
and the Patheos
Nonreligious
Channel
POPULAR AT PATHEOS Nonreligious
1