I just wanted to pick up on something that Johno mentioned in his piece, Christians, their morality and their ironic intolerance.

…religious people report being prosocial… Interestingly, this prosocial tendency as a function of religion seems to be universal. For instance, the high agreeableness of religious people seems constant across countries, religions, and even cohorts (McCullough et al., 2003; Saroglou, 2002, in press), and the importance of the value of benevolence among religious people is typical of Jewish, Christian, Muslim (Saroglou et al., 2004), and Buddhist (Saroglou & Dupuis, in press) samples.

On the other hand, there are many counter-indications or at least findings implying skepticism, especially—but not only—when we move to studies using measures other than self-report questionnaires.

On the one hand, there is the issue of disagreement about what is moral. One conservative religious argument for intolerance of homosexuality, for example, is that it encourages behaviour that leads to the breaking down of the family unit, and society, and so on. And one can entertain that idea as seeming to make sense for a moment (after all homosexuals are more likely to engage in risky sex, more likely to be drug users, more likely to attempt suicide, etc., etc., etc.). However, this position breaks down when you point out that those behaviours are often symptoms of the stress created by being disowned by family, discriminated against by sizeable chunks of society, and being unable to access some of the legal protections available to heterosexuals.

Many conservative religious individuals will either avoid awareness of such valid counterarguments, or will compartmentalise the symptoms from the causes and, after some tortuous reasoning, justify their position on homosexuality and the effects of that discrimination separately.

The point being that some conservative religious individuals may genuinely be unaware that their behaviours are not prosocial, because their authorities have told them that they are, in fact, prosocial. On the other hand, there will be many who are aware of the hypocrisy inherent in judging when told not to judge, in hating when told to love, and so on.

So, here is something I wrote recently for my Masters (albeit with a different title) with respect to the second, and I suspect larger, group of religious conservatives (those that know, after a moment’s reflection, that there position is not logically tenable):

The problem of socially desirable responding and communal narcissism

A well-known confounding factor in social psychological surveys is that of socially desirable responding. Participants alter their responses to surveys and questionnaires in order to appear better than they are. By “better”, however, it may be the case that they are referencing societal norms (Bou Malham & Saucier, 2016[3]) or the anticipated norms of the researcher (who is likely to be liberal – because researchers are 12:1, liberal:conservative; Duarte, et al., 2015[4]). Either way, the ‘Narrative Self’ may be adapting its story to fit the circumstance, and affecting the researcher’s ability to study the individual’s actual beliefs about their own nature, by being presented with the individual’s beliefs about normative values instead. 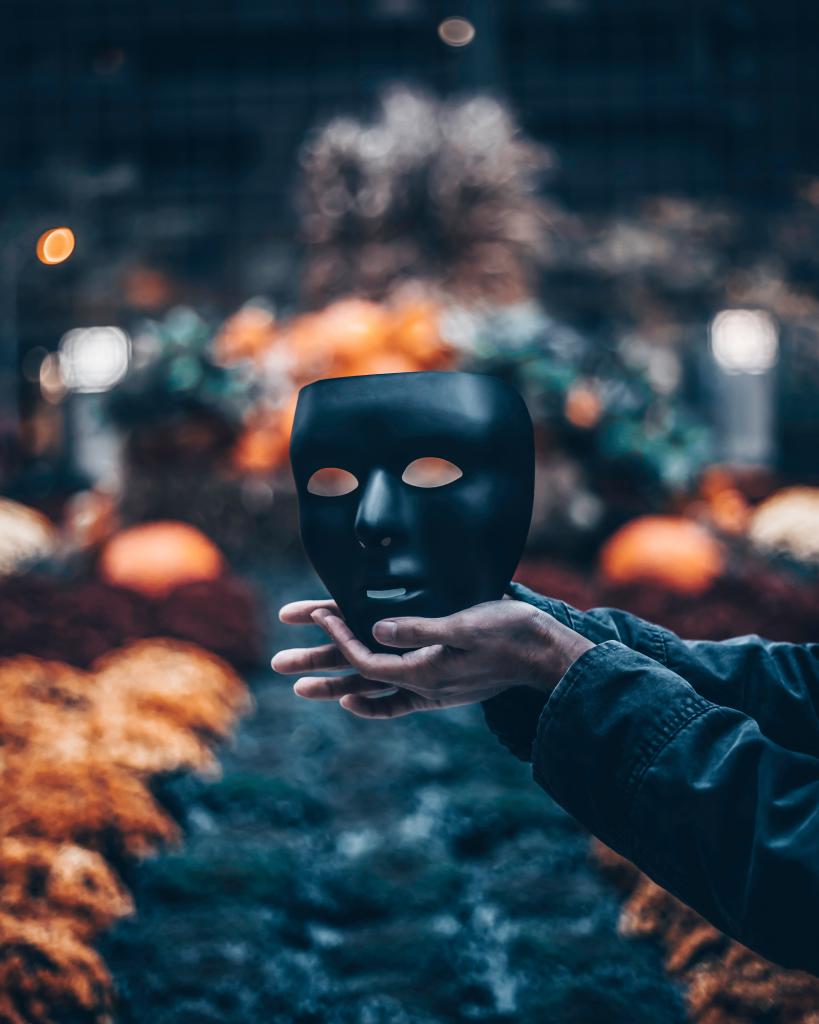 Photo by John Noonan on Unsplash

An example of systemic socially desirable responding is the finding that conservatives are happier than liberals, in both the US and Europe (van Hiel, et al., 2015[13]; Wojcik, et al., 2015[14]). This finding has been so robust and long-standing in the US that it has become known as ‘the happiness gap’ (Taylor, 2008[16]). However, a study looking at the Duchenne smiles of liberal and conservative politicians, and the use of positive emotional language in the LinkedIn posts of strongly liberal- and conservative-identifying individuals – two hard to fake measures of genuine happiness – indicate that this repeated finding may well show a preference for a self-enhancing self-report style (aka Socially desirable responding) among conservatives, rather than actual happiness (Wojcik, et al., 2015[15]).

Another explanation for this finding, or possibly an underpinning to it, is the idea of communal narcissism (Gebauer, Sedikides, Verplanken & Maio, 2012[5]). Classical (or agentic) narcissists feed their views of themselves with self-evaluations of agency, such as high intelligence, power, and entitlement; communal narcissists feed their views of themselves with self-evaluations of community, such as being agreeable and helpful. As with classical narcissists, this self-evaluation is not necessarily one shared by others (Barry, et al., 2017[2]). This model has the benefit of potentially explaining why American conservatism in particular is made up of the apparently opposing forces of libertarians and conservatives (see Meyer, 2016, Point 4[10]). It seems likely that the former have a tendency towards agentic narcissism, and the latter towards communal narcissism. Both, therefore, have the same internal need for grandiose self-justification, and both misrepresent how they feel, possibly due to the presence of a (probably) liberal social scientist.

It seems likely that agentic narcissists would be high in Social Dominance Orientation (Pratto, Sidanius, Stallworth & Malle, 1994[11]), and communal narcissists would be high in Right Wing Authoritarianism (Altemeyer, 1981[1]), whereas liberals are usually relatively low in both (Kugler, Jost & Noorbaloochi, 2014[6]), and thus probably low in narcissism. It is worth noting that narcissism has been found to be amongst the most highly heritable of the personality disorders (Livesley, Jang, Jackson & Vernon, 1993[7]; Luo, Cai & Song, 2014[8]; Vernon, Villani, Vickers & Harris, 2008[14]). In addition, the agentic and communal variants of narcissism have about a third of their genetic heritability in common, but are almost completely distinct from each other in their environmental causes (Luo, Cai, Sedikides & Song, 2014[9]).

This seems to endorse Johno’s conclusion of an inherent hypocrisy in those that claim the most righteousness, the most pro-sociality, and the most happiness, i.e. those who are conservative and religious. They lie to themselves, and they lie to others about themselves (in other words ‘false virtue-signalling’). And we even have a causal mechanism – communal narcissism – the need to be seen to be the right kind of religious conservative, rather than as a human being with individual flaws.

April 30, 2018 Misunderstanding and Hijacking the Alfie Evans Case
Recent Comments
0 | Leave a Comment
Browse Our Archives
get the latest from
A Tippling Philosopher
Sign up for our newsletter
POPULAR AT PATHEOS Nonreligious
1