I have written a number of posts recently on the issues concerning creating heaven from scratch and will now try to sum up my many thoughts as succinctly as possible here. The issue is that the idea of heaven is so ingrained in popular culture that it seems so plausible, and more powerfully, attractive.

But it isn’t. Here are some arguments or problem points:

Any comments below with good arguments, those arguments will get added to this list.

Here is a very old set of videos I did on the soul:

See some of my arguments against heaven in my reasonably priced ebook: The Problem with “God”: Skeptical Theism under the Spotlight. 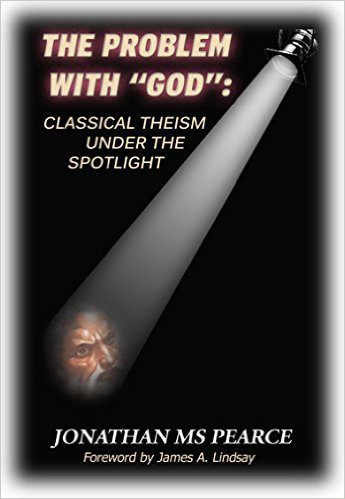 May 31, 2018 Preacher Clarification: Execute Gays "Humanely"
Recent Comments
0 | Leave a Comment
"Silly of you to waste time with ‮bmud‬ people.And even with the dumbest character ever."
skl Humanist victory! Scotland drops plans to ..."
"I have yet to see or hear any idea of "perfection" that isn't purely subjective.Perfect ..."
Slograman God Cannot Be Perfect Because Intrinsic ..."
"It's possible that god has such aspects, but that begs that question: Why don't we ..."
Slograman God Cannot Be Perfect Because Intrinsic ..."
"Well thanks for the explanation. If that satisfies you and helps sustain you then I ..."
Geoff Benson Jordan Peterson, Baking Cakes, Gays, Black ..."
Browse Our Archives
get the latest from
A Tippling Philosopher
Sign up for our newsletter
POPULAR AT PATHEOS Nonreligious
1

Nonreligious
More on the Soul; Wrapping around the Axle
A Tippling Philosopher

Nonreligious
A Short Primer on the Soul
A Tippling Philosopher