Religion Leads to Longevity! Well, Not Quite, but…

Religion Leads to Longevity! Well, Not Quite, but… June 17, 2018 Jonathan MS Pearce

An interesting piece of research has been done to look into whether social interaction and support can lead to longer lives. Knowing that people who are more religiously active tend to have greater social support networks, researchers looked at obituaries to look into whether the hypothesis that greater social support leads longevity actually stands. Turns out, rather unsurprisingly, that it does.

There is increasing evidence that a correlation exists between a person’s social support and engagement and their longevity. At a bare minimum, it makes sense because it is challenging to manage chronic disease or recovery from hospitalization on your own. A new study looks at religious participation as a marker for that social integration and to avoid the bias of self-reported religious activity; the researchers measured religious involvement noted in obituaries. (Of course, they might also have induced a bit of bias on the report of grieving family members writing those obituaries)

There is a clear link between attendance at religious services and social support, even the number of close friends. Involvement in any group activity in the long-term fosters more social relationships. One theory, religion as a social value, suggests that being religious in a region where religion is socially valued may confer a halo of benefits, primarily stress reduction. The hypothesis tested by the researchers was that religious affiliation noted within obituaries would confer a survival benefit beyond that already conferred by marital status and gender.

They piloted the study initially using obituaries in the Des Moines Register and found that even controlling for marital status and gender when religious affiliations were noted in the obituary, the individuals were nearly 6.5 years older than those without such mentions. Based upon the pilot study, the study was extended to consider obituaries in online newspapers in 42 major U.S. cities, sampling a little over 1,000 obituaries. And again, controlling for marital status and gender, individuals whose obituaries mentioned their religious practices lived 5 years longer than those who obituaries made no mention of religious activity. A deeper dive into the obituaries suggested that “the opportunities and incentives to volunteer and participate in other social groups provided by religious communities” were in part responsible for the lengthening life-span. Those who might recoil at religious belief extending life might consider engaging in social activity and friendship as the real underlying correlation.

Finally, the researchers attempted to look at the context of religious activity within the community, seeking to confirm the religion as social value hypothesis. In cities that were more insular, church and family cultures, religious affiliation resulted in greater longevity; in more diverse towns, where religion was not as uniformly practiced, longevity was extended but not to the same degree. The researcher’s regression analysis suggested that the effect of volunteering and participation accounted for 20% or 1 year of the impact, while religious affiliation accounted for the remaining four years or 80%. At this juncture, I think we are getting lost in numbers rather than a compelling narrative.

It is clear that the researchers, and here the American Council on Science and Health reporting the work, are aware of the biases and the shortcomings of studying obituaries. It’s a start. What is clear to me, as a secular humanist, is that the “atheist community” would benefit from being more of a social community. It’s why humanism is important as a movement of people. Sunday Assemblies are an attempt to create communities out of shared interests and I laud them for that. We’re social creatures, after all.

June 16, 2018
Atheism, Soullessness and a Lack of Narrative
Next Post 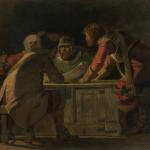 June 17, 2018 Conspiracy Theories
Recent Comments
0 | Leave a Comment
Browse Our Archives
get the latest from
A Tippling Philosopher
Sign up for our newsletter
POPULAR AT PATHEOS Nonreligious
1