What if the Christian myths were real?

What if the Christian myths were real? July 7, 2018 Bert Bigelow 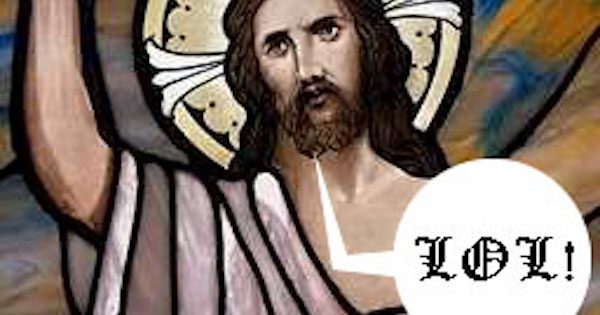 What if science suddenly found real evidence that Hell exists, and that most humans are going there when they die to suffer forever? And that all the miraculous events described in the Bible actually happened, and that Jesus was a real person who said all that stuff attributed to him, and actually performed all those miracles?

Price is a well-known writer, lecturer and debater on religious issues. He has encyclopedic knowledge of the Bible, holding advanced degrees in Bible Studies. Somewhere along the line, he had an epiphany, and realized that the emperor wasn’t wearing any clothes. It was all just stories made up by various ancient writers, and then massaged and collected by Christian leaders. Most of Price’s writings are nonfiction, and I was interested to see how he does as a fiction writer. I can report that he does very well.

The main character of his story, Craig Williams, is a Christian apologist whose name is an obvious takeoff on William Lane Craig, a well-known real-life Christian apologist.  As the story unfolds, it becomes clear that Williams is, in fact, WLC on steroids. He jets around the country lecturing and debating frenetically, until finally, at quite a young age, he has a heart attack. The doctors are unable to save him. As he is dying, he has the usual Near-Death-Experience (NDE) of going down a long passageway, and at the end he encounters…well, what appears to be God. He is very excited, and eagerly asks questions about the Scriptures. They are all true, right? The answer he gets is disappointing to say the least.

“Your knowledge and your zeal are remarkable. I must disappoint you, however. None of that is true. There was no Jesus. There were no apostles, no miracles, except in ancient dreams. You must forgive me.”

He is aghast, and voices his concern that without the truth of Christianity, how can humanity survive. God listens, and says, “Perhaps you are right. Perhaps it ought to be true. All right, let it be true! Behold!”

Apparently, this all happens in an instant, and suddenly, miraculously, his heart restarts, and the doctors are amazed. He recovers from his NDE, and tries to return to his life, but things are different. New sacred scrolls are found with incontrovertible evidence that the Christian miracles like the Resurrection actually happened. New genetic studies find that evolution theory is all wrong and must be discarded. Former believers and even atheists are becoming believers in huge numbers. All this should make our hero ecstatic, but it doesn’t.

There is a lot more to the story, and I don’t want to spoil the ending, but I think you will find the whole thing entertaining. This little piece of fiction by Price is…well, priceless. It is a subtly satirical look at Christian beliefs. Don’t miss it.

If you don’t already subscribe to FI, I recommend it. There are many thoughtful articles on religion and nonbelief in the six bimonthly issues that are published every year. (Full disclosure: I had a short piece published in FI two years ago.)

Here’s the FI web site, but you cannot read this article there unless you subscribe.

July 9, 2018 I Pity You, America.
Recent Comments
0 | Leave a Comment
"That happened here in the 70's, empyting the downtown and leaving shuttered store fronts but ..."
Boreal Amazon and the Future of the ..."
"Way back in the day, developers wanted to build shopping centre in the town where ..."
Ignorant Amos Amazon and the Future of the ..."
"It is unacceptable that the question of religious affiliation includes 'atheist' among the list of ..."
David Cromie Huge Generational Surge in UK Non-Religious
"You are describing the actions of high PPI folk. Not the people. It is the ..."
Phil Rimmer Martyrs, Terrorism and Hypocrisy
Browse Our Archives
get the latest from
A Tippling Philosopher
Sign up for our newsletter
POPULAR AT PATHEOS Nonreligious
1