My MS Diagnosis, God and the Problem of Evil

My MS Diagnosis, God and the Problem of Evil August 21, 2018 Jonathan MS Pearce

As many of you know, I’ve recently been diagnosed with multiple sclerosis. As is my wont, I would like to see how this works within the light of some theology and philosophy of religion, especially in the context of the problem of evil. The problem of evil it is, of course, how we understand the nature of suffering in terms of an all-loving, all-knowing and all-powerful God. Here are the options as I see them:

In both option 3. and option 4., it appears that the development of the condition can be seen in one of three ways:

Of course, the confusion comes in with much of this if we see God as being omniscient such that he has full divine foreknowledge of all future events, irrespective of free will. If I deserved this, as in option a) above, and he designed the world with the full foreknowledge that I would be who I would be for whatever reason there might be for this, then there is little sense to be made of the whole scenario. It appears to be a case of setting a test for humanity, but has full knowledge of the results of that test. So what, I wonder, would be the point of setting such a test?

Another issue in the case of deserving this is that there appear to be far worse people on Earth than me who don’t get any kind of ill health or just desserts in this earthly life. This appears to be a case of double standards. Now, I know this sounds like I’m being conceited because I am placing myself morally above an atheistic mass murderer who has never been caught and has lived an enjoyable and fulfilled existence, but I think am not the worst person in the world… As I have mentioned many times before, you cannot use heaven to balance the books. At least, it cannot be used as moral justification unless the theist wants to adhere to moral consequentialism. That’s fine by me, it’s just not what almost any theologian would espouse because there is no need for a god in this moral value system.

Are there any other options that I am missing and I will add them in? Of course, God could be evil, etc, but, like the philosopher’s god, this version does not qualify as the one classical theism. 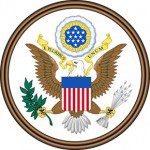 August 20, 2018
How Americans View Themselves and Their Country
Next Post