Robert Ingersoll wrote a long and detailed essay entitled “Some Mistakes of Moses.” In it, he attacks the Pentateuch, the first five books of the Old Testament of the Bible that are the foundation of Christianity and Judaism: (See Note) Genesis, Exodus, Leviticus, Numbers, and Deuteronomy. Those five books were allegedly written by Moses, but unless he was capable of writing an account of his own funeral, it seems unlikely that he wrote them. But even the most absurd things are possible if you are a religious believer. Ingersoll’s essay is a long and difficult read, but I will offer here, just his summation, which he titles “Conclusions.” It is a devastating enumeration of the absurdities, cruelties and factual errors in just those first five books. Elsewhere in his writings, he has addressed the vast wasteland of falsehoods and fictions in the rest of the Bible. Fasten your seat belt.

NOTE: In Judaism, the Pentateuch is called the Torah, which means “Law.” 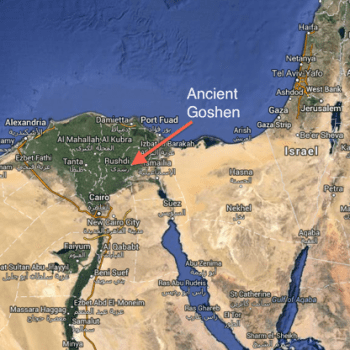 Nonreligious
The Exodus Debunked: Analysing some "Counter-Evidence"
A Tippling Philosopher