The Theodicy of an Orderly Universe

The Theodicy of an Orderly Universe September 14, 2018 Jonathan MS Pearce

When I recently announced my diagnosis of having MS, the Problem of Evil was an obvious subject to bring up. So I did. One of the comments came from Anthrotheist who stated:

I had an online conversation with an apologist not long ago that touched on the problem of evil, and I will do my best to faithfully reproduce his basic arguments.

Free will: If there was some behavior that you (or someone around you) unwittingly participated in that tipped some scale and ultimately resulted in your condition, then God couldn’t prevent that behavior and the resulting condition without overriding humanity’s basic ability to make our own choices. For a single incident, that may seem acceptable, but taken every day for billions of people it ultimately would turn humanity into choice-less robots.

Natural evil: Gravity pulls objects of mass toward each other, especially relevant for us in relation to the Earth. A rock has mass and ‘falls’ toward the Earth, and falling from height gathers momentum (another natural force). The rock is harder than a human head (another natural feature), and if the rock falls from height and impacts a human head, then the head will be far more damaged than the rock. By this argument, your condition could just be the result of natural forces at work which by themselves are not evil, but in conjunction with each other (and judged by personal interest of course) produce suffering that is considered unnecessary and therefore evil.

Orderly universe: Along the same lines as ‘natural evil’, this argument poses the hypothetical wherein God intervenes constantly to prevent harm to humans, thus preventing evil. If he did so, he would have to frequently override natural forces such as gravity (as outlined above); frequently doing so would make the world in which humans live indecipherably chaotic, with no way to know whether a particular natural force or attribute would be present from one phenomenon to another. This would prevent humanity from making any attempt at understanding our world and leave us insecure about whether a decision we make would reliably result in the consequence that we intend.

These aren’t my arguments, which means I almost certainly misrepresented some part of at least one of them. But I found them interesting to consider.

It was this orderly universe part that really interested me as I had not particularly come across it a great deal before. I can see the idea that God intervening on a consistent basis would properly undermine the inductive processes by which we examine the world. If inductive analysis and observation in and of the world returned a, say, 90% accuracy rating in making predictions, then our scientific process and understanding would be massively affected and compromised.

On the other hand, God could simply have better designed a universe where, say, the physics of tectonic plates didn’t necessarily kill so many, or that we weren’t carnivorous, or that cancer wasn’t a thing. He wouldn’t need to interact if he had made a better job of it at the design stage.

An orderly universe has long been seen as evidence in itself of a god – something that thinkers from Plato and Aristotle to Aquinas and Swinburne have staked claims on.

In fact, this kind of theodicy (defence of why there is suffering in the world given an OmniGod of power, love and knowledge), really is just an argument for methodological naturalism:

Methodological naturalism concerns itself with methods of learning what nature is. These methods are useful in the evaluation of claims about existence and knowledge and in identifying causal mechanisms responsible for the emergence of physical phenomena. It attempts to explain and test scientific endeavors, hypotheses, and events with reference to natural causes and events. This second sense of the term “naturalism” seeks to provide a framework within which to conduct the scientific study of the laws of nature. Methodological naturalism is a way of acquiring knowledge. It is a distinct system of thought concerned with a cognitive approach to reality, and is thus a philosophy of knowledge. Studies by sociologist Elaine Ecklund suggest that religious scientists in practice apply methodological naturalism. They report that their religious beliefs affect the way they think about the implications – often moral – of their work, but not the way they practice science.[27]

In a series of articles and books from 1996 onward, Robert T. Pennock wrote using the term “methodological naturalism” to clarify that the scientific method confines itself to natural explanations without assuming the existence or non-existence of the supernatural, and is not based on dogmatic metaphysical naturalism (as claimed by creationists and proponents of intelligent design, in particular by Phillip E. Johnson). Pennock’s testimony as an expert witness[28] at the Kitzmiller v. Dover Area School District trial was cited by the Judge in his Memorandum Opinion concluding that “Methodological naturalism is a ‘ground rule’ of science today”:[29]

Expert testimony reveals that since the scientific revolution of the 16th and 17th centuries, science has been limited to the search for natural causes to explain natural phenomena…. While supernatural explanations may be important and have merit, they are not part of science.” Methodological naturalism is thus “a paradigm of science.” It is a “ground rule” that “requires scientists to seek explanations in the world around us based upon what we can observe, test, replicate, and verify.[30]

If God intervened on a regular basis, you simply couldn’t make any conclusions about how the world worked, any scientific conclusions, with any sort of robust certitude. As soon as an unknown idea of supernatural agency and causality can be invoked, then concluding anything reasonable about data observations becomes redundant or impossible.

Secondly, the notion of the theodicy of an orderly universe is undercut by, or disproves itself, the idea of intercessory prayer. If God cannot intervene in the universe to stop needless suffering on any kind of basis, then what is he doing answering prayers to do such, or to make a particular football team win, or whatnot?

This appears to be another case of defending God’s actions, inactions or characteristics in light of some area and proposing an answer, but not really looking at how the answer interacts with other areas of theology. Too often, the theologian or apologist employs tactics that work in isolation but not in integration.

As David Kyle Johnson says in a footnote to his paper “The Failure of Plantinga’s Solution to the Logical Problem of Natural Evil“:

As a point of clarification, it is worth mentioning my reply to objections from academic theists (from email correspondence) who have misunderstood the argument. “It makes sense that God would set up the universe to function according to certain laws; but why would he continually intervene when those laws bring suffering? Gravity makes both good and bad things possible; is God supposed to intervene every time someone slips while mountain climbing?” Such an objector fails to realize that I am not denying that God would set up the universe to obey certain laws, that any order could be used or abused by humanity to bring about evil, and that I am not asking why God doesn’t intervene every time those laws are about to cause an evil. I’ll grant that an orderly universe is better than a chaotic one, that order could always be abused, and that constant intervention could arguably, and undesirably, make the universe chaotic. (Although I am curious what a theist who agrees with the latter would say about intercessory prayer.) What I am suggesting is that an all-powerful, all-knowing being could order the universe in any way it likes; and if that being were wholly good, that being would not bestow upon the universe a set of laws that give rise, at random, to calamities and adversities, like hurricanes and diseases, that cause massive amounts of suffering, that we do nothing to bring about but can do nothing to avoid. Yet that is exactly what the laws that govern our universe do. It follows that either the designer of our universe is not all-powerful, all-knowing and wholly good or that our universe has no designer at all.

Gosh, theology is a pastime for the mental contortionist.

The universe is there; life exists and competes; it can get ugly; shit happens. 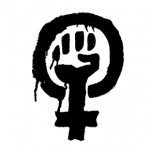 September 13, 2018
Emma Thompson's Atheism Due to Oppression of Women
Next Post 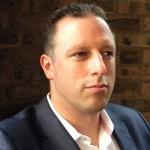 September 14, 2018 Shameless Self Promotion...
Recent Comments
0 | Leave a Comment
Browse Our Archives
get the latest from
A Tippling Philosopher
Sign up for our newsletter
POPULAR AT PATHEOS Nonreligious
1