I quite often report on faith schooling and its effect on the education system in the UK. We have a non-separation-of-church-and-state situation in a country that is far less religious than, say, the States.

Faith schools are often seen as better schools in terms of discipline and attainment, but as I have written before, this is a correlation fallacy. In order to gain admission to these schools, who can set themselves more rigorous selection and admissions criteria than non-denominational state schools, faith schools can demand all sorts of things of the parents of their prospective students. One of those things is requiring parents to attend church services for years before admission. This, of course, attracts high aspiration parents who are often able to move into better areas to aspire to change their lives in such a way that they can get their children into the “better school”. Of course, these parents (both genetically and environmentally) breed high aspiration children. We know that attainment’s largest variable is genetics, not schooling.

The lengths people go to has recently been exposed in a report, as analysed here by Humanists UK (who campaign for the abolition of faith schools). I worked in Catholic education for almost 10 years and know this only too well. The stories I could tell you…

A new report published today by the Sutton Trust has found that 30% of English parents know someone who has ‘attended church/religious services’ when they otherwise wouldn’t ‘so that their child(ren) could enter a church/religious school’. This was more than any other factor that was surveyed, including private tutoring, moving house, or using a relative’s address on the application form. Around 7% of parents admitted to engaging in such behaviour themselves. In response to the findings, Humanists UK has called for an end to faith-based admissions to state-funded schools.

Around 16 percent of places in English state schools are allocated on the basis of religion, when the schools are oversubscribed, and around a third of all state schools are religious. Around a quarter are Church of England, in spite of the fact that just two percent of young adults nowadays say they belong to the Church.

Previous Church research has found that its churches grow the most in places where there are religiously selective schools nearby.

Church schools are seen as desirable to attend due to their academic performance, but research has consistently concluded that any difference in academic performance between faith schools and other schools is totally attributable to the different intakes of each school. This was underlined by new research on the questionpublished yesterday.

Humanists UK Director of Public Affairs and Policy Richy Thompson commented, ‘Too many parents are faced with the invidious choice between attending church when they are not religious or being unable to get their children into their local state school. This is simply not fair – the state school system should not incentivise parents to take part in dishonest behaviour of this nature.

‘This problem has been an open secret for too long. Instead of promoting religious, ethnic, and social segregation through faith school admissions, the Government must move to a system that encourages diversity in schools.’

Read about the new research on academic performance

September 17, 2018
Report Recommends Atheism To Be Taught in Religious Education in UK
Next Post 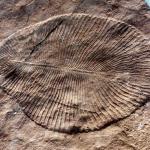 September 21, 2018 Earliest Known Animal Fossils Identified
Recent Comments
0 | Leave a Comment
""It’s a biological parasite with no sentience at all." ----- It's a human being and ..."
Mark Bradshaw Debunking Natural Law Theory – The ..."
"You’ll probably find this usefulhttps://breakingthefreewill..."
John Nutt Conspiracy Theorists
"A usually stiffs them on their wages as well.https://time.com/4465744/do..."
guerillasurgeon Dominion, Election Fraud Nonsense
""all who know her and who've worked with her say she isn't one to speak ..."
guerillasurgeon Dominion, Election Fraud Nonsense
Browse Our Archives
get the latest from
A Tippling Philosopher
Sign up for our newsletter
POPULAR AT PATHEOS Nonreligious
1