Young Tories’ Night of Shame, the NHS and Rawls’ Veil of Ignorance

The Young Tories group of the Plymouth University have just got into some hot water concerning a pretty shady night out in town. As you can see from the photograph below, these young and easily impressionable individuals have some pretty distasteful opinions.

There are Hitler moustaches, and anti-semitic images and writing aplenty. One is seen wearing a “F*** the NHS” slogan. Another has messages mentioning Barack Obama, “Jude” – German for Jew – and a Star of David and a hand gesture looks like the OK symbol, but could also be the “white power” symbol – three upturned fingers for W and a circle and downward palm line for P. Another has a message mentioning “Trump” and another has a slogan containing the word “Enoch”, likely to be a nod to Tory right-winger notorious Enoch Powell (with his rivers of blood speech). [source] 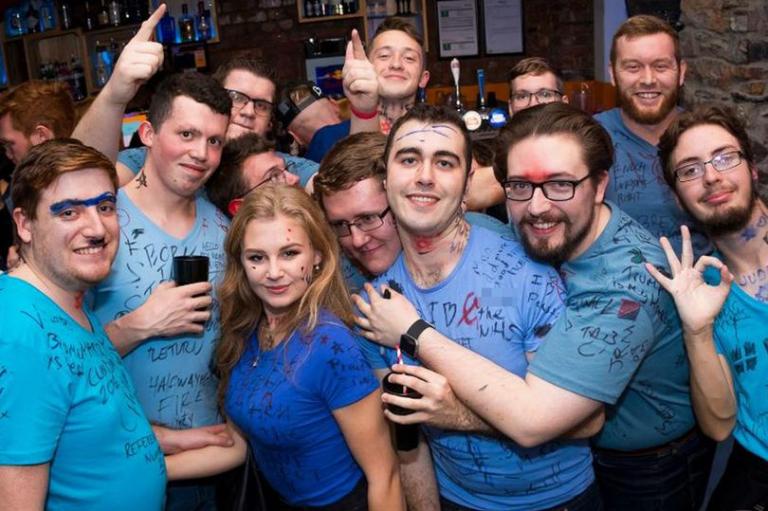 And the guy in the middle is obviously pretty serious about his conservatism, as you can see with his meeting with Jacob Rees-Mogg. 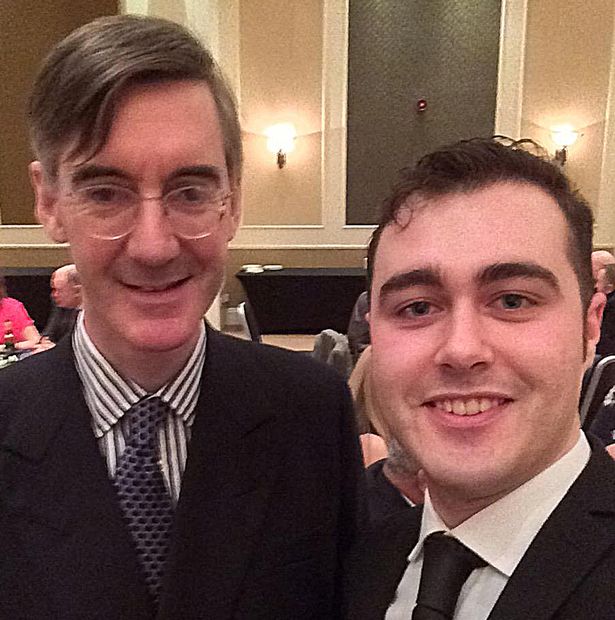 One thing that I find interesting is this idea of “F*** the NHS” – a typical sort of small government, free market approach to health. And in this case, pretty naive. Let’s look at the NHS before seweing it in the context of Rawls’ Veil of Ignorance.

The NHS, that they want to fuck, is presently being fucked by the Tory government in massively underfunding it and then doing Brexit, so we can’t get the staff. The NHS often comes out top in the Commonwealth Fund analysis:

The UK emerged with the best healthcare system overall, just ahead of Australia, with the Netherlands a little further behind. A group of experts assessed them against 11 criteria designed to measure the effectiveness of different health systems.

“The UK stands out as a top performer in most categories except for healthcare outcomes, where it ranks with the US near the bottom,” according to the Mirror, Mirror 2017 report from the US-based Commonwealth Fund.

“In contrast to the US, over the last decade the UK saw a larger decline in mortality amenable to healthcare than the other countries studied,” the report says. Experts view that as a key measure, because it captures how well a health system is doing at preventing, detecting and treating illness….

The US was again judged to be the worst system, despite investing far more money than the other countries. It spends 5.2 percentage points more of its GDP on health than France, which invests the second largest amount (11.4%).

The UK came first in four of the 11 categories. It was judged to deliver the safest care, be the best at “care processes”, provide the most affordable care and offer the most equity…. when the fund last undertook its in-depth multi-country research. The UK also came second for providing preventative and well-coordinated care.

Where our outcomes are not as comparatively good, you can rest assured it is because we are the most efficient, which is euphemism for hugely underfunded. Indeed:

Nigel Edwards, chief executive of the Nuffield Trust, said: “Discussion about the NHS is often marked by an unhelpful degree of exaggeration, from those that claim it is the envy of the world to those who say it is inferior to other systems.

“The reality is a much more mixed picture, but one thing is clear: we run a health system with very scarce resources in terms of staff and equipment and achieve poor outcomes in some vital areas like cancer survival.”

The NHS had a lower than average number of staff for all professional groups except midwives, with one doctor for every 356 people in the UK, compared to one for every 277 people on average.

It’s complicated, and I don’t want to derail this piece. I think universal healthcare is a good thing for the following reasons…

Healthcare in the United States today is very expensive compared to other countries. In fact, a survey showed that, on average, America spends 50% more than the next-highest country. The same data showed that when you collate the average cost of healthcare in 34 European countries, the United States spends 200% more than all of them combined. Here is a short list of pros:

There are obviously disadvantages too to weigh up against these.

I want to take these Young Tories (and bang their heads together) and show them Rawls’ Veil of Ignorance because it is a thought experiment that backs a universal healthcare system. These can also include European-type social health insurance (SHI) system, sort of hybrids that work far better than, say, the States.

American philosopher John Rawls is famous for many things, and his Veil of Ignorance is certainly up there. As wiki elucidates:

Imagine that you have set for yourself the task of developing a totally new social contract for today’s society. How could you do so fairly? Although you could never actually eliminate all of your personal biases and prejudices, you would need to take steps at least to minimize them. Rawls suggests that you imagine yourself in an original position behind a veil of ignorance. Behind this veil, you know nothing of yourself and your natural abilities, or your position in society. You know nothing of your sex, race, nationality, or individual tastes. Behind such a veil of ignorance all individuals are simply specified as rational, free, and morally equal beings. You do know that in the “real world”, however, there will be a wide variety in the natural distribution of natural assets and abilities, and that there will be differences of sex, race, and culture that will distinguish groups of people from each other.[2]

It has been argued that such a concept can have grand effects if it were to be practiced both in the present and in the past. Referring again to the example of slavery, if the slave-owners were forced through the veil of ignorance to imagine that they themselves may be slaves, then suddenly slavery may no longer seem justifiable. Perhaps the entire practice would have been abolished without the need for a war to settle things. A grander example would be if each individual in society were to base their practices off the fact that they could be the least advantaged member of society. In this scenario, freedom and equality could possibly coexist in a way that has been the ideal of many philosophers.[3] For example, in the imaginary society, one might or might not be intelligent, rich, or born into a preferred class. Since one may occupy any position in the society once the veil is lifted, the device forces the parties to consider society from the perspective of all members, including the worst-off and best-off members.

Now take one of these Tory boys (or girl) and ask them what system they would want if they could not be guaranteed of what society they would be born into. They may end up being a poor person from some project in the States who cannot afford health insurance and is one of the millions of uninsured. Or they could be a rich US senator who has everything they would ever need. Or born anywhere in the UK, or in a well-functioning universal system in Europe. Or in China, or India, or Mozambique.

It’s a lottery. And that’s point. You can’t guarantee where you are going to be born and so this affects what kind of policy outlook you have for things like health care. It motivates us the fairer in our outlook. Rawls originally proposed his theory to concern justice. Recently, others have sought to expand the theories remit to include areas of social and health interest. In this paper, they conclude, as I have done here:

Rawls theory of justice is a comprehensive theory, developed on the grounds of ethical theories, for the fair distribution of social goods. The main fulcrum of the theory rests on the idea that rational individuals will determine the principles of justice by taking care of the worst off behind the veil of ignorance, where they are uninformed about their personal properties. Rawls puts forth the probability of being in the worst off group urges the rational ignorant individuals to decide in favor of the worst off group of the society. Albeit the theory of justice is comprehensive, it leaves out health and social determinants of health. Thus few approaches to enhance the theory and include health services as well are emerged. In this paper we discussed two most well-known these approaches; adding health to the list of primary social goods, and the normal function approach by Norman Daniels.

Nonreligious
Why Americans Should Be Very Afraid of the...
A Tippling Philosopher
TRENDING AT PATHEOS Nonreligious