Valerie Tarico on the Psychology of (Political) Tribalism

Valerie Tarico is a psychologist whom I respect and whom I have shared book space within previous anthologies (the latest being Christianity in the Light of Science). I was recently party to a conversation by email that was concerning Kavanaugh and his selection, and with regard to the book The Russia Hoax: The Illicit Scheme to Clear Hillary Clinton and Frame Donald Trump by Greg Jarrett, which was being lauded.

Tarico opined, and she was spot on (reprinted with kind permission):

Funny, isn’t it, how the information coming out on the other side is similarly compelling.

I think that we are so consumed by our tribal filters that our ever-more-sophisticated ability to weave credible stories in the service of tribe exceeds our ability to see through them. More than ever, our starting assumptions dictate our conclusions, and the tangled web of evidence only serves to convince us that our presuppositions are right.  I find that even people who are able to take a dis-confirmatory approach in one area of thought seem to be unable to apply that same approach in other areas.

It’s all theology, [correpondent], and Jarrett is a modern-day theologian—or better said, an apologist.  And I don’t know how we rise above this.

Consider the fact that the Kavanaugh vote was almost exactly along party lines. What that says to me is this:  If one assumes that most people, including senators, actually give a shit about what’s true and want to think they are on the righteous side—and as a psychologist I do believe this, even about senators, then the tribal dynamics at play are so powerful that these same people are unable to weigh tribe-relevant evidence in any meaningful way.  If they were able to independently weigh evidence, then given a variety of life experiences and intellectual capacities and moral priorities one should expect a cluster of tribal agreement with some scatter on both sides.

Our sense of reality has always been socially constructed, with the scientific method of empiricism and falsification being one of the only effective alternatives to this—and even then only in the aggregate.  But the mechanisms of social persuasion, tribal boundary formation, and propaganda creation have evolved faster than our ability to defend against them.

To make matters worse, as the information age floods and overwhelms us, most of us are retreating from exposure to conflicting points of view. We largely encircle ourselves with a range of disagreement that feels tolerable—or a range of agreement that feels soothing. We find like-minded people with whom we can disagree about the small things.  In an age of media proliferation, self-selection into groups of like-minded people means that our starting differences lead us to consume non-overlapping information sources, each of which takes a set of events and runs them through an ideological filter, selectively highlighting aspects of the complicated whole that fit a specific and necessarily simplified narrative.

I sit on the left half of the political spectrum, primarily because I have tremendous regard for the power of the scientific method to help us separate reality from fiction, and the science of climate change suggests to me that it should be the core moral issue of our time. That said, my perception is that when it comes to reason and evidence, people on both sides of the spectrum are headed off of two remarkably similar precipices. Reality is far more complex than the cartoon versions of ourselves and our enemies that inhabit the stories we tell, be they religious or political.

As I said, I don’t know how we break out of this and get to the point that there is, again, corrective information flowing across the socio-political equivalent of a severed corpus collosum.  Past generations have sometimes accomplished that by beating each other into bloody exhaustion—literally. As a mother, and as someone who cares about wellbeing and suffering more broadly, I really hope we don’t have to go there.

This is something we all deal with, because we are all victim to this to lesser or greater degrees, but to a definite nonzero amount. As she says, the application of the scientific method and empiricism is one of the best tools we have to correct our positions and beliefs in light of constantly refined evidence. 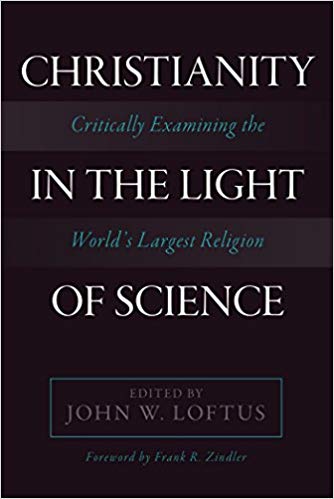 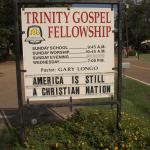 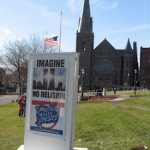