I am at a stage in my atheistic philosophy where I really don’t think there is any particularly decent argument for theism. The only arguments that have any kind of relevance or traction are arguments from ignorance, where atheism or naturalism has no definite answer, and this allows the possibility for the existence of God. However, given the omni-characteristics of OmniGod that I so often write about, the gap that potentially remains for God, even if she does overcome Ockham’s Razor and inductive reasoning, remains a difficult gap to fill given that the plug has to fit in with all of those arguably mutually exclusive characteristics of omnipotence, omniscience, omnibenevolence and, perhaps, omnipresence.

Given what I think is a really tough task – that of making God not only possible, but probable and more probable than any other explanation – I wonder what you (theists and nontheists alike) think are the most powerful arguments for theism that exist.

So, lay them o9ut here – search the deepest corners of your mind and be honest – what gives you even the smallest hint of a doubt, or the biggest yawning cavern of one, and we will try to put it to bed.

And remember those points about inductive reasoning:

OK, so this is a position against methodological naturalism (MN). The first question is, what are you doing? I assume you are trying to find out explanations of how the world round us, including us, works.

So what tools can we use? Well, MN assumes that natural phenomena are all that we can use to do science, to work out the natural world around us. Why? Well, this is because positing anything else is, by definition, unobservable and untestable. As a result, such claims become mere assertion along the lines of “making **** up”. By this I mean that if you come up with some causal explanation as to why something happens so, and it is supernatural, there is no way of being able to evaluate how reliable that claim is, and it becomes no more probable or improbable than me pulling an idea out of my arse and offering that.

This does not invalidate your claim a priori. However, if naturalism has an explanation which is equally good in scope and power, then Ockham’s Razor would set a preference for the simplest explanation.

Here is a video I created some years ago to talk about this issue.

Methodological naturalism is not a “doctrine” but an essential aspect of the methodology of science, the study of the natural universe. If one believes that natural laws and theories based on them will not suffice to solve the problems attacked by scientists – that supernatural and thus nonscientific principles must be invoked from time to time – then one cannot have the confidence in scientific methodology that is prerequisite to doing science. The spectacular successes over four centuries of science based on methodological naturalism cannot be gainsaid. On the other hand, a scientist who, when stumped, invokes a supernatural cause for a phenomenon he or she is investigating is guaranteed that no scientific understanding of the problem will ensue.

The question becomes “How can you show that your claims are reliable or true?”

Some arguments, which I have mentioned before, include Lowder’s Argument from the History of Science. As Richard Carrier states (which I talk about in the above video):

Lowder, in the intro to the formulation of his argument, states:

So not only does it work, not only have supernaturalistic explanations never supplanted, and for reasons (admittedly only) listed above, but MN has a massively higher prior probability to be true.

I cannot rule out a supernatural claim; but I can do that no more than you can rule out invisible goblins as an explanation.

What would evidence look like for your claim? If you cannot have empirical evidence, then what purely rational evidence/argument could you have that is better than a naturalistic one, and that doesn’t look to just be an argument from possibility (this is sometimes called the possibiliter ergo probabiliter fallacy)?

October 26, 2018
Traeger on Survival of the Fittest
Next Post 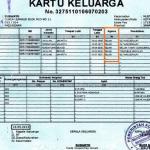 Nonreligious
"God Herself"
A Tippling Philosopher
TRENDING AT PATHEOS Nonreligious