Craig’s latest podcast (“Science and the A-Theory of Time“) takes a pop, not at the book, but of my 2013 posting here of some of arguments about time and the Kalam. The podcast starts out:

DR. CRAIG: I was puzzled when he said right off the bat that Craig needs time to be absolute. I thought, “What does he mean by this? That I need time to be absolute?” And I think the reason he thinks that emerges later in the blog where he says, “Craig needs absolute time for the Kalam [cosmological argument] to work.” I think what he’s thinking of (in fact, I feel certain about this based on the remainder of the article) is that he is thinking that the A-theory of time needs to be correct if certain arguments in support of the premises of the kalam cosmological argument are to be justified. In particular, the argument based upon the impossibility of forming an actual infinite by successive addition appeals to a view of time according to which events happen one after another – temporal becoming is real, things really come into being and go out of being. And my argument is that you cannot form an infinite series of events by adding one member after another so that indeed that particular argument, at least, presupposes the A-theory of time. The argument against the impossibility of the existence of an actual infinite doesn’t presuppose an A-theory of time, and neither do either of the two scientific confirmations that I offer for the argument’s premise that the universe began to exist appeal to an A-theory of time. Those are the expansion of the universe and the thermodynamic properties of the universe. So it’s only one argument in support of the second premise that depends crucially on an A-theory of time.

Wow. Well, first, it’s worth pointing out that the main content of the piece was from Counter Apologist and my article detailed an argument between him and Vincent Torley. The article was from 2013. What would have been much more fruitful was if WLC had taken CA and myself to task in my much more recent book, with the chapter from CA drawn from actual later debate between CA and WLC.

WLC is picking up a casual post rather than looking at my book, with a chapter by Dr James East, who has just told me:

btw, craig still hasn’t even acknowledged the existence of this article, which mathematically refutes what he calls the “strongest argument” against an infinite past. It’s been cited by a few other philosophers (some christians) who accept that it does what I claim it does. I even handed him a copy of the article in person when he was in sydney, and wrote to him a couple of times to ask for his thoughts on it.

That journal article is the chapter he contributes to my book.

So, it’s lovely to get the attention from Craig, but he misses here by taking on the wrong target. What Craig needs to do is look at CA’s chapter in my book, or the posts of which I posted:

The Kalam – On time: Craig’s inconsistent appeals to science

The Kalam – On Time: Relativity, Simplicity and Science

The Kalam – On Time: Metaphysics and Theories of Time

If Craig or one of his acolytes reads this, then perhaps you could direct him to those posts instead.

November 18, 2018
Left- vs Right-Wing Comedy: Why so Left? Punching up and down
Next Post

November 22, 2018 To be or not to be?
Recent Comments
0 | Leave a Comment
Browse Our Archives
Follow Us!

Nonreligious
Pearced Off! #7 - God Has No Free...
A Tippling Philosopher 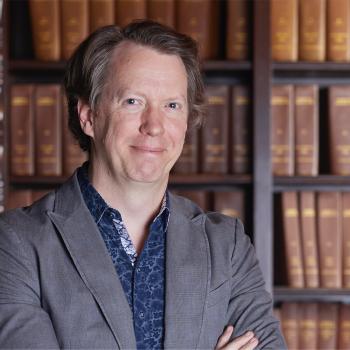 Nonreligious
Sean Carroll on His Poetic Naturalism
A Tippling Philosopher