Nonreligious Representation on TV and Radio

I think, certainly in Britain, that the assumption of non-religiosity is very much taken for granted. We Brits are generally non-religious, perhaps largely apathetic, and many of those old-school CofE types are nominally religious at best, or keep their faith very close to their chests. Oh, we don’t talk about politics or religion! This has meant that our national broadcast television and radio stations and shows have been relatively devoid of religious programming. We have the show on Sunday called Songs of Praise. As far as mainstream television goes, that’s about it!

As for radio, Radio 4, our very middle-class centric talk radio station, is a home of our most famous five minutes of religious broadcasting: Thought for the Day. Every morning, there is a religious expert of some sort giving some kind of highfalutin thought of the day. This has been something that Humanists UK have been campaigning to change. They have been trying, for some years now, to get the BBC to allow a humanist to give a five-minute thought for the day. As Humanists UK reported last month:

More than 32 high-profile humanists have launched a new bid to reform Radio 4’s flagship reflective slot, Thought for the Day writing an open letter to the BBC calling for humanist and non-religious voices to be included on the programme.

The letter, signed by 33 Humanists UK patrons including Sandi Toksvig, Simon Singh, Julian Baggini, Nick Brown MP, Ed Byrne, Alice Roberts, Peter Tatchell and others, calls attention to the BBC’s bias against non-religious voices in the programme and highlights how the slot is out-of-touch with modern-day British audiences who are overwhelmingly not religious. The letter has been published in The Guardian newspaper along with a story covering the letter.

In the letter to BBC Director-General Tony Hall, the patrons state: ‘More than half the British population do not belong to any religion and around a quarter have a humanist worldview. By barring humanists from TfTD, the BBC is blatantly failing its remit to reflect the diversity of beliefs of its audience and wider population, and its legal duty to treat non-religious and religious beliefs equally.’

It continues: ‘To many, the exclusion of humanists from Thought for the Day sends a very clear message that humanists do not have as much to contribute as religious people to one of the BBC’s most high-profile ethical slots.’

Humanists UK has led a 16-year campaign on TfTD and has repeatedly called for the programme to include secular, humanist and non-religious voices in its broadcast. The programme is one of the BBC’s most high-profile ethical slots and touts itself as offering ‘reflections from a faith perspective on issues and people in the news.’

The BBC has conducted numerous reviews of the programme over the years, including most recently its 2017 Religious and Ethics Review when they rejected changing TfTD. The BBC has consistently stated that the exclusion of non-religious voices including humanists is justifiable because these views are sufficiently represented across the whole of the BBC’s output.

‘It is deeply concerning and frankly undemocratic that despite decades of humanist and secular campaigning to reform Thought for the Day that the BBC still will not budge, and instead, continues to shut out our voices time and time again.

‘At a time when religious fundamentalism, state violence and anti-democratic political movements are increasingly in the news, it would seem obvious sense, and in the best interest of its audiences, that the BBC would want to capture the valuable views that humanists have to offer on these issues.

‘Society has changed so much since Thought for the Day began – and more non-religious people are living in the UK now than ever before. We are at risk of losing our liberal democratic values if public institutions like the BBC continue to have a blatant disregard for a collective group of people who actively want to contribute but are being barred from doing so.’

Chair of the South-East London Humanist Group, which is the local group behind the national campaign, Hester Brown, commented:

‘Two local BBCs have their own Thought for the Day equivalents, to which they invite humanists. If it’s OK for the people of Humberside and Shropshire, why isn’t it OK for the national audience?

‘Humanist groups up and down the UK, along with a strong following of Humanists UK’s 70,000 members and supporters, are very passionate about getting alternative views on Thought for the Day. It really is time for the BBC to finally allow humanists to be included.’

The BBC has strict editorial guidelines that they had to adhere to in order to maintain their position as national broadcaster; they have to be seen to be impartial. Therefore, they give no preference to a particular religion as far as representation is concerned. The problem for nonreligious people in the UK is that this doesn’t seem to include a “religious” point of view for humanism. There is no representation of atheism or agnosticism in any explicit way. It is all implicit and through the lack of religious programming, and the far greater prevalence of scientific programming, that we get a sense of the country’s position. Despite saying that there is a paucity of religious programming, there is more than I have detailed above, of course. Much of it goes under the radar and you have to search it out the actively want to watch it or listen to it.

You could possibly argue that Brian Cox and Robin Ince with their celebrated science and comedy radio programme, The Infinite Monkey Cage, and other such TV and radio programmes, are arguably explicitly atheist or overtly non-supernaturalist. I’m sure many will dispute this.

Humanists UK, again, have called for the BBC to ensure representation of nonreligious people.

Humanists UK has responded to the BBC’s consultation on its draft Editorial Guidelines, calling for the BBC to increase its content about the non-religious, which is currently disproportionately low, and reduce the barriers that prevent fair criticism of religion.

In its submission, Humanists UK highlighted the lack of guidelines for non-religious coverage, which as a result, means that the non-religious remain underrepresented across BBC programming.

Humanists UK called for specific and equal inclusion of non-religious beliefs in the guidelines so that dedicated programmes can be made about and for humanists and the non-religious, thereby fulfilling the BBC’s obligation to do so under its own Charter, as well as under domestic and international human rights legislation.

Humanists UK also called on the BBC to take note of the fundamental right to freedom of expression and to amend the draft guidelines so that content which legitimately scrutinises religion can be made without undue barriers. Currently, any content dealing with matters of religion and likely to cause offence to those with religious views and beliefs must be editorially justified at higher levels within the BBC.

Humanists UK Director of Public Affairs and Policy Richy Thompson said:  ‘It is vital that humanists are fully considered and represented in the BBC’s draft guidelines, and it is disappointing that so far the BBC has overlooked programming and content specifically about the majority of its licence fee payers, listeners, and viewers who are non-religious. We hope to see the BBC take note of our response, and update the editorial guidelines to create interesting and informative content that reflects the diversity of the UK today’.

It will be interesting to see how explicitly atheist and nonreligious organisations jockey themselves into position for fair representation and access to national platforms.

With the US having far more commercial platform than the UK and yet a smaller, it seems, public service broadcasting organisation, I wonder how this looks over the pond. 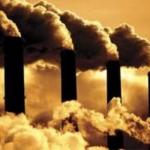 December 7, 2018 Update on What God or the Universe Has in Store for Me
Recent Comments
0 | Leave a Comment
Browse Our Archives
get the latest from
A Tippling Philosopher
Sign up for our newsletter
POPULAR AT PATHEOS Nonreligious
1

Nonreligious
Does Belief in God Drive One's Politics or...
A Tippling Philosopher
TRENDING AT PATHEOS Nonreligious