On the Shaming of Karen Pence

On the Shaming of Karen Pence January 25, 2019 Jonathan MS Pearce

The Wall Street Journal recently reported, in “The Shaming of Karen Pence“:

Will no one speak up for Karen Pence other than her husband?

In scarcely a week, the vice president’s wife has become a public face of hate. CNN’s John King suggests that what Mrs. Pence has done is so grievous maybe taxpayers shouldn’t fund her Secret Service security protection. The American Civil Liberties Union says she’s sending “a terrible message to students.”

The Guardian sees in Mrs. Pence a reminder of “the vice-president’s dangerous bigotry.” During a Saturday night performance in Las Vegas, Lady Gaga told her fans that what Mrs. Pence has done confirms she and her husband are “the worst representation of what it means to be Christian.” A former Washington Post editor and senior writer for Politico tweets: “How can this happen in America?”

So what is this terrible thing Mrs. Pence has done? She plans to teach art part-time at Immanuel Christian School in Northern Virginia. This is a small private K-8 academy where Mrs. Pence has taught before. It adheres to a biblically rooted view of human sexuality.

Thanks to the crack reporters at the Washington Post, what this means is no mystery. The Post reports the following provision in the school’s employment contract: “I understand that the term ‘marriage’ has only one meaning; the uniting of one man and one woman in a single, exclusive covenant union as delineated in Scripture.”

Hmmm. Though presented as dangerous stuff, we’ve heard this before. For example, this is how Senate candidate Barack Obama put it in a 2004 radio interview: “I’m a Christian, and so although I try not to have my religious beliefs dominate or determine my political views on this issue, I do believe that tradition and my religious beliefs say that marriage is something sanctified between a man and a woman.”

Without much more than a prima facie overview of the situation, one could be forgiven for agreeing with the piece, even from a secular atheist’s point of view. But I think this warrants a little more analysis.

Firstly, it seems a little disingenuous in the least to use an outdated quote from Obama before he changed his mind. But even a single change of mind in this area doesn’t paint the whole picture. As Time reports:

The WSJ does an amazing job, then, of cherry-picking. They sarcastically talk about taking it out of context because of his political calculation. Maybe so, given the potential flip-flop seen above. But the WSJ appears to forgive her for genuinely believing it. I’m not sure that gives her anything akin to the moral high ground.

The second point to make is that the school’s approach to upholding the law of the land is pretty egregious. Imagine if the school announced that any other legal proclamation of the state was wrong or similar. Perhaps that blacks should still be slaves, or some such other discriminatory stance. Karen Pence opting to work for them would be, like anyone choosing to do so, a reflection of their bigotry.

Given her evangelical context, this is hardly surprising. Par for the course, to be frank.

In the larger sense the faith-shaming of Mrs. Pence exposes an inversion of tropes. In history and literature, typically it has been the religious side that can’t tolerate the slightest disagreement from its dogma and behaves like outraged 17th-century Salemites when they think they have uncovered a witch.

The issue here is the hypocrisy. They have a go at people fighting for equality and justice and not tolerating the intolerant, but seem to forget that Karen Pence is involved in indoctrinating children into bigotry and equal intolerance. They are justifying denying whole swathes of children an education.

Now look at the Immanuel Christian School. Those who run it know they and those who think like them are the big losers in America’s culture war. All they ask is to be allowed, within the confines of their community, to uphold 2,000 years of Christian teaching on marriage, sexuality and the human person.

Wow. The WSJ is arguing because something has been believed for a long time by a group of people, that they should be entitled to continue believing and upholding such. This is cultural, moral relativism. This same approach could justify, I don’t know, slavery (again) or any other weird and less than wonderful moral artefacts.

In other words, it isn’t enough for the victors to win; the new sense of justice requires that those who still don’t agree must be compelled to violate their deepest beliefs, whether this means forcing the Little Sisters of the Poor to provide contraception or dragging a baker in Colorado through the courts until he agrees to make a cake celebrating “gender transition.”

Whilst trying to muddy the waters with other things somewhat unconnected to the core ideal here, you could use this argument, as I have already analogised, to argue for any number of morally egregious positions.

It seems to be the flavour de jour to rail against people who robustly advocate equality, and the WSJ is doing this with aplomb.

CNN are forthright in their condemnation:

Karen Pence, the wife of America’s vice president, Mike Pence will be teaching art at a Christian school in Virginia that bans LGBTQ children and requires employees to declare their religious beliefs. Like a real-life setting for “The Handmaid’s Tale,” Immanuel Christian School insists applicants initial a pledge to “live a personal life of moral purity.”

Listen to what else the pledge says: “I understand that the term ‘marriage’ has only one meaning; the uniting of one man and one woman in a single, exclusive covenant union as delineated in Scripture.” It asserts that God intended sexual acts only between “a man and a woman who are married to each other.” It identifies “moral misconduct” that would disqualify employees as premarital sex, cohabitation, extramarital sex, homosexual or lesbian sexual activity, polygamy, transgender identity, any other violation of the unique roles of male and female.”

This language is disgusting and insults millions of taxpaying American citizens, many who have served their country. That it is acceptable to the wife of the man who is a heartbeat away from the presidency should horrify and alarm all Americans.

Karen and Mike Pence are conservative, evangelical Christians who share beliefs about religion and politics. They have every right to do this. (“It’s absurd that her decision to teach art to children at a Christian school, and the school’s religious beliefs, are under attack,” said Kara Brooks, a spokeswoman for Pence.) But consider Mike Pence’s position of power in this country: He regularly stands shoulder to shoulder with his boss, Donald Trump. He has access to and can influence a President who is very interested in maintaining support among evangelicals.

I think this evidence of moral hypocrisy is stark. Pence, and by extension his wife, is happy to stand by a moral degenerate whilst publicly supporting the grim morality of evangelicalism within a children’s setting. 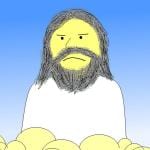 January 25, 2019 NonStampCollector Is Back!
Recent Comments
0 | Leave a Comment
"Sheol is in some interpretations an afterlife realm. In other interpretations, it's just the grave."
ORigel Exodus Sidebar: The Final Pitch Battle
"Dever rips Finkelstein's arguments to shreds in 3.2. There are only a few settlements with ..."
ORigel Exodus Sidebar: The Final Pitch Battle
"I've looked over YDIT, and I'm intrigued. It looks like more research needs to be ..."
Ike Exodus Sidebar: Pitch – You Wouldn’t ..."
"Then a resurrection is not a miracle, since any event (including human death) "played backwards" ..."
eric Distorting Miracles vs Disputing History
Browse Our Archives
get the latest from
A Tippling Philosopher
Sign up for our newsletter
POPULAR AT PATHEOS Nonreligious
1