Catholic Commenters, the Pope, Nuns and Their Abortions

I don’t believe the words of the Bible. Nobody does.

Bible believers believe what they think the Bible’s words mean. In other words, they don’t believe the Bible, they believe their interpretation of the Bible.

Wake up to the science, sister. The science which shows human life begins at conception, and has at that point the same full set of DNA it will have should it be fortunate enough to be allowed to grow to be 120 years old.

When “Catholic Healthcare Initiatives” takes the chair of Peter, issues dogma, publishes the Catechism, etc. for obedience by the universal church…

And so on and so forth. The usual pro-life, staunchly Catholic claptrap. He even included the stupidly naive DNA argument. I mean, I can’t lose any of my cells because they all denote personhood, right? Or perhaps it’s a little more complex than that… Occasional ATP contributor, Andy Schuler, has previously taken the personhood starts at conception argument to task.

See Noevo appears to have the utmost faith in the Catholic church (even though it is made up of the individual interpreters he so strongly denigrates). Those Catholic interpreters, he special pleads, are the true interpreters because, you know, he says so. And that’s that.

Except those true interpreters, over history, have done the darndest things. Including raping nuns, who have had to get abortions.

As the BBC reports:

Pope Francis has admitted that clerics have sexually abused nuns, and in one case they were kept as sex slaves.

He said in that case his predecessor, Pope Benedict, was forced to shut down an entire congregation of nuns who were being abused by priests.

It is thought to be the first time that Pope Francis has acknowledged the sexual abuse of nuns by the clergy.

He said the Church was attempting to address the problem but said it was “still going on”….

Last November, the Catholic Church’s global organisation for nuns denounced the “culture of silence and secrecy” that prevented them from speaking out.

The magazine said the #MeToo movement meant more women were now coming forward with their stories.

Oh, the irony. Or downright hypocrisy.

And now, let’s wait for the “No True Catholic”™ tack.

February 6, 2019 Quote of the Day: Anthrotheist on Black Cats and Theology
Recent Comments
0 | Leave a Comment
"I thought he held every life sacred. Well maybe mostly his own."
Katarina Persson Sympathy? Boris Johnson Is Either Stupid ..."
"If only the most vulnerable groups was isolated and everybody else allowed to live normally ..."
John Nutt Sympathy? Boris Johnson Is Either Stupid ..."
"But I hope you understand logicAll deductive logic can produce are tautologies, it takes the ..."
epeeist Survival of the Fittest
"I’m absolutely certain you haven’t."
Geoff Benson Volunteers at New York CV Hospital ..."
Browse Our Archives
Follow Us! 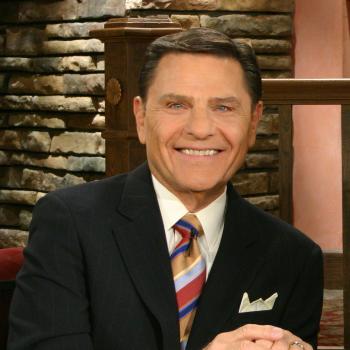