Attorneys at the American Humanist Association (AHA) sent a warning letter to Dr. Jerry Sanders, superintendent of the Richland-Bean Blossom Community School Corporation in response to his promotion of Christian ideology. Sanders sent a letter on school district letterhead describing his religious beliefs, quoting scripture, and requesting that local clergy pray for him and the school district.

“A school superintendent, acting in his official capacity, writing on school letterhead, should not be promoting his personal religious beliefs and encouraging religious practices,” explains David Niose, legal director at the AHA. “This is insensitive to religious minorities and offensive to the separation of church and state.”

“This violation of the Establishment Clause, and a blatant show of disrespect to the many non-Christian residents of the school district,” notes American Humanist Association Executive Director Roy Speckhardt.

February 7, 2019
Dealing with some Pro-Life Arguments: Human Individuals
Next Post 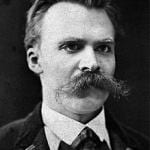 February 8, 2019 Power Does Not Create Moral Value
Recent Comments
0 | Leave a Comment
"Georgia, on my mind...https://twitter.com/andrewb..."
See Noevo On the Georgia Run-Offs
"I stopped listening after the lies at 0:07-0:09."
skl A Lesson in Probability to a ..."
"From today’s Mass readings (it’s going to get ugly):But before all this they will lay ..."
See Noevo To Bethlehem or Not to Bethlehem ..."
"To play devil's (or rather God's) advocate, I was born in the UK but grew ..."
igotbanned999 To Bethlehem or Not to Bethlehem ..."
Browse Our Archives
get the latest from
A Tippling Philosopher
Sign up for our newsletter
POPULAR AT PATHEOS Nonreligious
1