Citizen Representation: Corporate Lobbying and Legalised Corruption in the US

I stated the other day that (corporate) lobbying was simply legalised corruption in the US. Big firms can buy influence and even write laws. Back in 2014, John Oliver talked us through the amount of power ALEC wields in Congress:

Lobbying on the sort of scale that takes place in America (and I do not mean the sort of lobbying carried out by concerned citizens) wields the sort of power that should scare you.

This video absolutely nails my beliefs on the matter. More than that, though, it defers to some fascinating Princeton research.

The takeaway from this is that the citizen who lobbies their representative over something meaningful to them will have precisely no impact. The corporate lobbying firms, on the other hand, will.

The people are simply not being represented, listened to and heard.

And we also know this for a very, very simple reason. They keep spending that money. We sure as hell know that if corporations repeatedly got no value from spending the billions of dollars they do on lobbying, they would stop doing it. But they keep doing it (and receive trillions in recompense).

What is hilarious is that, when it comes to people like AOC, who are creating waves about such things in Congress, the public support them. FOX News appear to be getting their knickers in a twist over the fact that polls of their own viewers repeatedly show this sort of support:

70% of FOX News viewers support AOC’s marginal tax rate for earnings over $10million. That’s a pretty big support. Perhaps this taps into the claim that Bernie Sanders would have done better against Trump than Clinton. Implicit sexism aside, there must be a part of the working class Republic electorate or Trump supporter that gets this, that supports the little guy over corporate interests. Trump knew this, and spoke of draining the swamp, before employing it as his bathing spa.

With over 8000 lies or mistruths over two years, something has to start giving for Trump. The evangelical support has dipped a little but big namers like Franklin Graham, son of Billy, still exhibit some extraordinary cognitive dissonance:

What I love about this video is Graham’s reliance on consequentialist morality. I wonder whether he would do such in one of his sermons.

Anywho, this is a rambling roundabout way to say that corporate lobbying is legalised corruption, and it ain’t just me saying it. It’s in the stats.

And, as a final aside, even Steve Bannon talks about this, though he has no real solution:

As Thanks4AllTheFish retorted about this video:

“He’s clever enough to nail the problem. A growing incoherent fail on the solutions though, inevitably.”

It’s almost amusing to listen to Steve Bannon glorifying the new and improved Trump Solution™, blaming the “elites” as if he, Trump, and others ([cough] Koch Brothers, the late Sam Walton, etc.) aren’t those precise elites. He blames Obama for not fixing the problem ([cough] GOP Congressional gridlock), while never mentioning the GW Bushwacker who apparently cruised through any economic problems because economics is hard and,…reasons.

He laments the poor American workers who don’t have a living wage because industry went for cheap labor and the job-killing Walmart idea that cost of goods will now be dictated by retail price. Bannon then intones to his rapt audience about how when we get our manufacturing, textile, and mining jobs back and turn back the clock to when America was a great industrial power again, those disenfranchised American workers will somehow now be able to compete with all those other countries who earn a fraction of what workers in this country earn because,… tariffs. Yeah, that seems likely.

Maybe it’s just me but I find it hard to believe there is a large segment of young people eager to work in a steel or textile mill, operate a punch press or grinder all day, or spend their life underground in a coal or molybdenum mine for any amount of wages. Maybe it’s time to accept that the glory days of the industrial revolution are behind us and the youthful willingness to break into a sweat outside of the gymnasium is unlikely when being an internet entrepreneur, Uber driver, barista or fashion designer looms large. I can pretty much ensure that none of the folks listening to Steve Bannon in that room have the slightest interest in hod carrying.

February 9, 2019
Defending the Kalam with the B-Theory of Time
Next Post 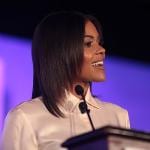 Nonreligious
Sympathy? Boris Johnson Is Either Stupid or Got...
A Tippling Philosopher 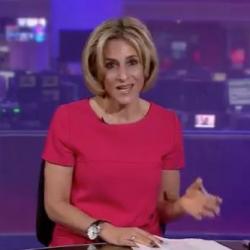