Today, I want to look at a pro-life argument proposed recently by Vincent Torley. It looks at human development differing and being special on account of internal self-organisation. Let Vincent explain:

Professor Condic goes on to explain (on page 11) that the embryonic development differs in one crucial respect from the manufacture of a car – a process which is not really completed until it rolls off the assembly line. The car’s manufacture is controlled by an external process, whereas “ the embryo is manufacturing itself.” There is no external “builder” controlling the assembly of the components. “The organized pattern of development doesn’t produce the embryo; it is produced by the embryo as a consequence of the zygote’s internal, self-organizing power.”

It forms part of a syllogism for him:

All very well, you may object, but what does this have to do with human rights? Here’s my case in a nutshell.

1. Any organism whose development into a rational human adult is internally regulated is a human individual. (Definition)

2. By this criterion, a one-cell embryo is a human individual.

3. Rational human adults possess an intrinsic moral value: that is, their value is not conferred on them by society, or even by God. (Assumption.)

4. No abilities or qualities (e.g. sentience, rationality, self-awareness, knowledge of other minds) which are subsequently manifested in a human individual can add to its value as an individual, because their manifestation is the result of an internally regulated process, where any new information imparted to the developing embryo/fetus/infant from the outside world has to be absorbed by the individual in accordance with its internally regulated plan of development. (Just to be clear: I’m assuming this plan is purely chemical.) Putting it another way: value derives not from the information added to a developing individual, but from the meta-information embedded within it, without which it could not make use of this information. That’s primary.

I want to look at whether internal self-organisation really is anything particularly meaningful. What Vincent is saying is that the value of a human individual is imbued as a result of the meta-information encoded in that organism, and this is encoded at conception.

The first thing to say is, so what? This is a pretty cool development as a result of the awesomeness of evolutionary biology, but it is nothing more than that. I can (and I am not advocating design arguments here, just analogising the value of encoding) have a piece of hardware, like a television. This has an amount of value to me. That value is both subjective and functional. I could derive value from watching it for huge amounts of time, or from using it as a table. I could also have a small robot gadget that has, encoded into its software, the ability to do certain things of its “own” accord (that which is programmed into it) and it may be able to change over time, adding bits of stuff it finds around the house to its body so that, in a few year’s time, it can not only make tea, like it used to, but can now change the tyre on my car. It can only do this second task due to its internally encoded potential ability that is actualised into the real ability to change a tyre. This is because it has grown in size by adding parts to it as a result of its endcoded meta-information.

Does it have more value than the television? It depends whether we mean objective of subjective value. If subjective, that simply depends on who the person is. It might be that I much, much prefer watching TV to having tea made for me and having a tyre changed. The value depends upon what it does for the person ascribing value.

As for objective value, I simply deny such a thing actually exists. Value, as a term, is exclusively subjective. There may be an objective standard, theists could argue, set out by or existent within “God”. However, for me, that is merely subjective from another mind’s (God’s) point of view. God may have in mind the value X for my TV, but I may differ in thinking it worth Y. Because value is a personal currency and God’s supposedly objective value standard is only relevant to God as a subjective mind. Yes, she may kill me if I disagree, but this is just a more powerful being killing another over a value disagreement. You may pay £500 for a TV where I might be prepared to pay £800 for the same one. Retailers try to universalise value, but it is still subjective.

That something can self-organise internally is nothing special. All life-forms self-organise, necessarily. It’s pretty cool when I marvel at the power and success of nature. But is a self-organising nasturtium plant have more value than a rock? Well, not in a fight for survival with an aggressor. Does a ferlised chicken eggf have the same value as a fully-grown chicken?

As Torley says in the comments section:

Basically, the idea is that anything which builds itself into a person is just as valuable as a person. Simple as that.

Again, maybe to him; it’s subjective. The robot, in its initial stage, is only as valuable as the value upon which it is bestowed by any value-giver. As far as I am concerned, this is merely the “potential argument” by another name. More on that later. The early stage robot, according to Torley, is worth just as much as a late stage robot, even though it has not gone through the developmental stages, not had the bits and pieces from around the house (with their own value) added to it, and so on.

As C. Peterson stated on the original thread:

But that’s nothing but an opinion based on your values. It is not an explanation, simply a statement. You see value in it, but I do not (nor, it seems, do many others).

Due to the deterministic nature of all matter, where matter has properties that define what it can and can’t, what it will and won’t do, we could argue that all matter, not just human individuals, self-organise. Crystals. Snowflakes. A rock, in the analogy above, forms in a way that is encoded into the matter that makes up the rock. It won’t randomly organise itself into a piece of driftwood.

Of course, in terms of a zygote and a mother host, if you took the zygote out of the womb and left it on the counter, no amount of self-organisation will allow it to live. The zygote absolutely requires external influence (organisation) in order for it to develop. This then shows that the human individual is not so, or cannot develop into “Einstein”, without huge amounts of external influences. It is both a self- and an externally-organising organism.

The rights of external influences

And given that the external causal variable are indistinct in importance from the internal ones (both are required for the individual to exist), it is difficult to argue that the zygote, with arguably none of the attributes of personhood, has more rights than the mother. For pro-life advocates to win this argument, not only do they need to establish the zygote as having value in the way they want, they also need to show it has rights, and has more rights than the mother with full personhood.

What I think the argument really boils down to is the good ole pro-life argument of potential. Every zygote is a potential human adult/Einstein. Except that is demonstrably false. Many will turn out to be psychopaths or cognitively impaired, or whatever.

Quite often, potential arguments are conflated with possible arguments. Something might possibly become something else is a different idea to it potentially becoming something else:

Basically, the idea is that anything which builds itself into a person is just as valuable as a person. Simple as that.

Let me analogise with… World of Tanks. Yup, the incredibly popular game that pits tanks of different nations against other tanks. In the game, you start off with lower tier tanks. These are worth very little “money” and “XP”. You can collect Tier 1, 2 and 3 tanks very easily and quickly. You develop each thread/line/branch of tanks from previous incarnations. It is essentially an evolutionary tree of life for tanks.

Take the British Medium I. It becomes the Cruiser II, which becomes the Covenanter, then the Crusader, and so on.  One of the Tier X tanks it leads to is the Centurion AX. However, you have to grind those later tiers out. And the value of the tanks, in WoT money and XP, is vastly more than the early tiers. Millions more. Literally. Yes, the Medium I potentially becomes the Centurion AX, but in no way, shape or form do the two have the same value. To anyone, apart from those who give absolutely no damn about the game. To them, the value of both is zero.

A potential something may have value because of what it can potentially become, and may have more value than something else that could potentially become something different. A could become B, and B may be really desirable. X may potentially become Y, and Y is less desirable than B. So A becomes more valuable to a particular agent, Sam, than X, because he desires B more than Y. This is subjective to Sam; but it does not also follow that A has the same value as B.

As the Internet Encyclopedia of Philosophy states:

The person X has the authority to command the army as potential President of the USA.

Thus, it seems incorrect to derive actual rights from the bare potential ability to have legal rights at a later time.

I could spend a whole article looking at just the potential debate. Perhaps I will at a later date; it is a well-trodden path. Suffice to say that the potential debate is a very problematic one for pro-lifers and, it seems to me, that is really what this argument boils down to.

In conclusion, Torley’s internal organisation argument isn’t all that, but thank you to him providing good stimulus here! 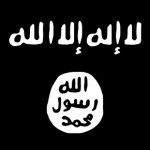