How Any Behavioural Research Findings Negate Free Will

This is something that I’ve said many times in many places but I have never explicitly written it up in a blog post. Today, I am going to return to one of my favourite topics: libertarian free will (LFW).

Data is a funny thing. Science seeks to understand the world, as a method, which means finding out how and why things happen. When we look at the behaviour of humans, such that a subset of people are more likely to do X than Y, then we are accepting a correlation, and thus most probably causation somewhere. The causation might not be direct such that A causes B (this can often be a problem manifesting itself in the correlation fallacy) but may involve at least a third party such that C causes both A and B.

What would the world’s data look like if everyone had perfect, unconstrained free will? Well, the data should look the same as random distribution because if there was no causality acting on decisions, then things would look random. That is what “true” free will would look like. The conclusion to draw here is that any such data that shows a group of people more likely to behave one way than another is an acceptance of determining factors and mitigation of the sort of free will we were discussing earlier.

Every time, and I mean every time, you see such data, bear in mind that this data is mitigation of free will. It may be the statistic that men are 882 per cent more likely to commit violent behaviour and crime,[i] or that men born with birth difficulties and who are rejected by their mothers are three times more likely to be violent and have antisocial behaviour,[ii] or that certain people on the autistic spectrum are less likely to believe in a personal god.[iii] So on and so forth. Each one of these is a denial of LFW of sorts, or is at least evidence in support of its negation.

Every single time that a piece of data is collected that shows one particular subgroup of people is more likely to do a given thing than those not in that subgroup, we have a negation of free will. And this data is being collected every single day the world over. Just think how many scientific papers show behavioural trends for any particular type of subgroup of people. The range and scope of this data is simply enormous. Trends of people doing some kind of behaviour (that is not shown to be random) show causality working, at some level, on those people.

Some libertarians will claim that, yes, we are largely determined, or influenced, but that we can overcome this problem with our own volition. This is what I call the 80/20 Problem. That is to say, if an LFWer claims that they are influenced, say, 80 per cent, then this leaves 20 per cent of a decision, making the process open to agent origination (this is often put forward by proponents I have spoken to). The problem is that all the logical issues I mentioned above are now distilled into the 20 per cent. In effect, it makes the problem worse. The LFWer here accepts much determination but allows a small window of opportunity and does not escape the grounding objection and any other logical issue with causality previously expressed. The problem of LFW is even more acute, then.

In summary here, bear in mind stats. They don’t help the LFWer.

February 23, 2019
Tucker Carlson Gets Owned by Bregman
Next Post 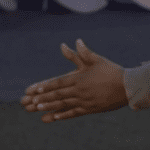