Religious “Nones” Are now a Force to Be Reckoned with

Religious “Nones” Are now a Force to Be Reckoned with March 22, 2019 Jonathan MS Pearce

Unless you have been hiding in a hole today, you will have heard the news that “nones”, those who are religiously unaffiliated, now comprise the biggest religious group in America today. The latest figures show that this group just about eclipse Catholics and evangelicals to the top spot. However, it is worth noting that Christianity as a whole still far outstrips the religiously unaffiliated; it’s just that the surveys slice and dice Christianity in many different ways and into lots of different categories.

This comes from Religious News Service:

According to newly released General Social Survey data analyzed by Ryan P. Burge of Eastern Illinois University, Americans claiming “no religion” — sometimes referred to as “nones” because of how they answer the question “what is your religious tradition?” — now represent about 23.1 percent of the population, up from 21.6 percent in 2016. People claiming evangelicalism, by contrast, now represent 22.5 percent of Americans, a slight dip from 23.9 percent in 2016.

That makes the two groups statistically tied with Catholics (23 percent) as the largest religious — or nonreligious — groupings in the country.

Just to give me some idea of the surge of the “nones”, Ryan Burge released this graph:

“No religion” has had a serious march-on!

As the article discusses, is all becomes rather more interesting when we consider how it affects politics and voting. Traditionally, those without religious affiliation are more likely to vote Democrat or on the left. These changing sands of demographics could mean a longer-lasting change in the voting preferences of the American public. How this translates into 2020, with Trump’s re-election campaign, we can only guess. But my, it’s going to be interesting.

The other thing worth noting is, of course, that “nones” don’t automatically mean that these people are overt atheists or agnostics. The term can cover a multitude of different positions with many still believing in some form of deity.

The main take-away point here is that the religiously unaffiliated appear to be here to stay, and need to be considered with much more seriousness when developing manifestoes and election campaigns… 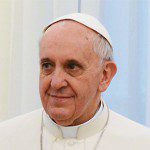 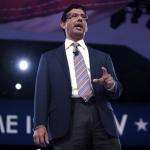 March 23, 2019 The Myth about Atheist Atrocities and Numbers of Dead
Recent Comments
0 | Leave a Comment
"Well,if you don't have their mindset you'll miss the mark every time."
JMallett Miracles as Parables
"I remember you,Mr.Irrelevant! You're the guy who said (onCross Examined)suffering isn't bad if there is ..."
JMallett Miracles as Parables
"I would answer, but you would continue your dishonesty and your tantrums."
Chuck Johnson The Dependence of Biblical Law Codes ..."
"Slaves are paid in food and a place to stay.You are ignorant and stupid in ..."
Chuck Johnson The Dependence of Biblical Law Codes ..."
Browse Our Archives
get the latest from
A Tippling Philosopher
Sign up for our newsletter
POPULAR AT PATHEOS Nonreligious
1