The Myth about Atheist Atrocities and Numbers of Dead

The Myth about Atheist Atrocities and Numbers of Dead March 23, 2019 Jonathan MS Pearce

Many years ago I had a habit of watching a huge amount of debates and between atheists and theists. I do less of it these days as I just don’t have the time. However, there was a stage where I watched a number of debates by the now infamous Dinesh D’Souza. He employed one argument that I do still see on occasion and it really annoys me.

So, those years ago, I wrote him an email:

Dear Dinesh,
I apologise for the apparent randomness of this email, but I have watched several debates of yours recently on Youtube (where else?).  I have noticed that you use an argument of causality connecting atheism with the massive number of deaths in the last 100 years (Pol Pot, Nazism, Communism etc).I cannot help being astonished by this, since you seem to overlook several massively important points:1) populations only increased exponentially after the industrial revolution.  Thus the destruction of large civilisations was not so impactful, since large populations did not, in effect, exist.  Thus when civilisations have been wiped out in the name of religion etc, their numbers have been comparativley low (eg the Aztecs).  Had the Aztec and Spanish populations been relative to 20th century figures, then the annihilation of the Aztecs by Conquistadors may have run into the 10s of millions or more.

2) Even more importantly, you miss the point that large numbers of deaths under secular regimes is a correlation not a causal point.  The vast numbers of deaths are more a result of technology since the Industrial Revolution.  Gas chambers, atomic bombs, trains for mass transportation, machine guns, artillery, chemical warfare, Trident missiles.  If these technologies had been available to the Crusaders, to all the religious conquests prior to the Industrial Revolution, then the numbers of deaths related to Christianity and other religions would be hugely higher.

Please take these two points into consideration in your future debates, otherwise you misinform your listeners, and make them think that secular regimes = high deaths, religious regimes = low deaths.  This is out of context and incorrect, a correlation only.

Thanks for your time!

Johnno: I discuss these points in my book “What’s So Great About Christianity.”

1. I adjust for population levels and show that this makes no difference to my argument.

2. I show that methods of killing change the picture, but not as much as you think.  For example, Stalin and Mao and Pol Pot used very primitive forms of murder,
e.g. mass relocation and famine and so on.

No, Dinesh, I don’t buy it. That is, I haven’t bought your book and I cannot see myself buying this argument.

Moreover, large killing technologies have only been available in the last 100 years, so to say that massive numbers of deaths are due to secular leaders is a correlation, not a bleeding causal relationship. The Spanish Inquisition tortured and killed somewhere up to 300,000 people. I would shudder to think of the numbers if they had had gas chambers and machine guns! The Spanish conquistadors wiped out the Aztecs in the name of Jesus (and for other less advertised reasons). The Aztecs were a whole civilisation. but being way before the industrial revolution, they were comparatively low in number. Thus if the conquistadors went over to South America now, they would be looking at killing millions, not the hundreds of thousands of their day.

But now,  since secularistaion, we have the Geneva Convention and more equal human rights.

I am neither trying to exonerate secularists and atheists, nor am I trying to blame religionists. We should be looking at the intentions of the perpetrators of these mass murders. It is about what they intend to do in killing, it would seem, as many people as they possibly can in a given category. What I’m really saying, therefore, is that it isn’t religion or lack of religion that kills people, it is people who kill people. People are tribalistic and can be pretty terrible and people will use whatever mechanism, technique, tactic, tool at their disposal to enact their wishes. In more fervent religious times in the past, people had fewer tools and mechanisms to enact their wishes and smaller populations upon which to enact their wishes. In modern times, we have greater populations and easier and more terrible ways with which to dispatch them.

In other words, arguments like those utilised here by Dinesh D’Souza are really quite terrible. They are so prima facie obviously false that even the merest of shallow analyses will show them to be wanting.

Why could God, instead of killing tribes and tribes of people, not have asked Moses to spread the theory of human rights, and the message that slavery is obviously bad, and deliver something like the Geneva Convention? We now see slavery as morally abhorrent, and Bible-believing Christians appear to believe in moral absolutes so they should see it has always been abhorrent. But they can’t help but get their non-gender stereotypical underwear in a twist about these moral conundrums. Slavery was okay, but now it’s bad. How come it was okay then without some kind of historical moral relativism? Killing is bad under atheist regimes. Yes. Killing is also bad under non-atheist regimes. Yes. What is the difference? Hopefully, you can see here that the only difference is the availability of technology to do so. That shouldn’t really alter the moral evaluation of either.

Trying to score cheap points against atheist debaters by employing dubious arguments may work on the night, but a decent debater should be able to ferret these weaknesses out and show them for what they are. Charlatanism. 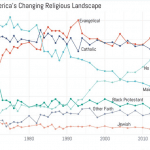 March 22, 2019
Religious "Nones" Are now a Force to Be Reckoned with
Next Post 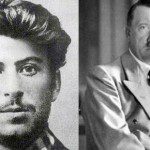 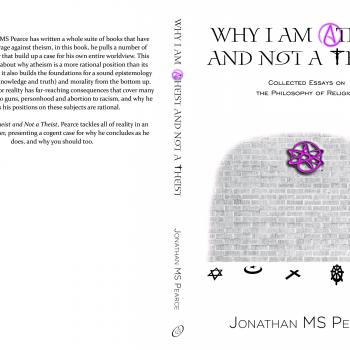