Hope: What Offers the Most? Theism or Atheism?

Hope: What Offers the Most? Theism or Atheism? March 27, 2019 Jonathan MS Pearce

It is a word that can often get confused or conflated with trust and faith and other such terms. But in this context, I would like to her think about what worldview (and I know atheism isn’t technically a worldview, but just the sake of argument let me use this term!) provides more hope. Or, perhaps humanism would be a better replacement for atheism.

One such definition of hope could be: a feeling of expectation and desire for a particular thing to happen.

Then, of course, it depends what you want to come about. I want to talk about this world, though. Because we know this world exists (past cogito ergo sum). And therein lies the key difference to an atheistic worldview and a theistic worldview. Humanism deals with the here and now whilst theism panders to some future carrot of heaven or stick of hell.

On the other hand, many types of theism appear to prioritise the end results of heaven or hell over the real and tangible effects that they have on Earth.

Take, for example, the people who are obsessed with an oncoming Rapture whereby the world will be somehow destroyed in the event of a second coming. Environmental catastrophe is welcome in light of this great end result that will supposedly come about.

Humanists, many of whom also happen to be environmentalists in some way, shudder at such thoughts. We need to act now to make this world a better place in the hope that our future planet is habitable for our offspring. We do the things we do both out of hope and out of trust in the data, and the policies that we enact based on that data, to make the world a better place.

Theism seems to be more interested in making the individual a better person in order to ensure their safe passage into heaven and their evasion from hell. It appears to be somewhat more self-serving. Occasionally, when (liberal) theists talk about is being stewards of the world, being a better person can be someone who takes pride in making this world a better place. And for many, evangelising and witnessing is what makes the world a better place because it is full of more Christians.

The hopefulness of the future is about the party at the end of the week. It’s getting those goodies together ready for the big one on Saturday night.

For the humanists, is a lot of hard work to make sure that that party is sustainable and continues on for the foreseeable future. Look at the work that Alexandria Ocasio-Cortez has been trying to do in Washington to pass her Green New Deal. This is hard work to put in in the here and now in the hope that it pays off in the future as a benefit for all and not just the elite.

After all, if the elect get into heaven, then they really are the elite.

So from a very simple assessment, here I would conclude that humanism is a far more hopeful and sustainable world view for the future of this world in a very tangible sense. There are no promissory notes of something that we are not sure exists, such as heaven or hell. We have the world around us and we do the very best to make sure we’ll get on and leave it in the right state for our children.

Get out and vote so. 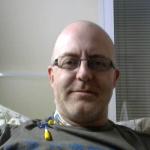