Guest Post: Why is There Something Rather Than Nothing?

Hi. My name is Roger. I’m from Michigan originally but have lived in Columbus, Ohio for 29 years. This site contains my ideas on physics and philosophy. Throughout these papers, I try to make as few assumptions as possible, try to be internally consistent and try to follow the logic wherever it takes me. As with all hypotheses related to science, these should be consistent with what’s known and eventually make testable predictions. In addition to the above, this site also contains some miscellaneous ideas on science, economics, technology and other stuff. Thanks for visiting the site and reading the papers! [Ed – now a few years older.]

1. Why do things exist and why is there something rather than nothing?

A shorter and less detailed summary is at: sites.google.com/site/whydoesanythingexist

A solution to the question “Why is there something rather than nothing?” is proposed that also entails a proposed solution to the question “Why do things exist?”. In brief, I propose that a thing exists if it is a grouping that defines what is contained within.  By defining what is contained within, it groups what is contained within into a single unit whole. This grouping together or definition of what is contained within is visually seen and physically present as a surface, or boundary, that defines what is contained within and that gives “substance” and existence to the thing. Some examples are 1.) the definition of what elements are contained within a set groups those previously individual elements together into a new unit whole called the set which is visualized as the curly braces surrounding the set and 2.) the grouping together of previously unrelated paper and ink atoms into a new unit whole called a book which can be visually seen as the surface of the book.  This argument is used to resolve several mereological issues such as the special composition question, the problem of the many, etc.  Next, in regard to the question “Why is there something rather than nothing?”, when we get rid of all existent entities including matter, energy, space/volume, time, abstract concepts, laws or constructs of physics and math as well as minds to consider this supposed lack of all, we think what is left is the lack of all existent entities, or “absolute nothing” (here, I don’t mean our mind’s conception of this supposed “absolute nothing”, I mean the supposed “absolute nothing” itself, in which all minds would be gone).  This situation is very hard to visualize because the mind is trying to imagine a situation in which it doesn’t exist.  But, once everything is gone and the mind is gone, this situation, this “absolute lack-of-all”, would be it; it would be the everything. It would be the entirety, or whole amount, of all that is present.  By its very nature, it defines exactly all that is present (e.g., nothing).  Is there anything else besides that “absolute nothing”?  No.  It is “nothing”, and it is the all.  That lack of all is the all. An entirety, whole amount or “the all” is a grouping that defines what is contained within (e.g., everything), which means that the situation we previously considered to be “absolute nothing” is itself an existent entity. The entirety/whole amount/”the all” grouping is itself the surface, or boundary, of this existent entity.  Said another way, by its very nature, “absolute nothing”/”the all” defines itself and is therefore the beginning point in the chain of being able to define existent entities in terms of other existent entities.  One last way of saying this is that the question “Why is there something rather than nothing?” is like starting with 0 (“nothing”) and then ending up with 1 (“something”). You can’t do this unless somehow the 0 isn’t really 0 but is actually a disguised 1 (“something”), even though it looks like 0 (“nothing”) on the surface.  Finally, I use this conclusion to build a primitive model of the universe, which is made of these existent entities, via what I refer to as a metaphysics-to-physics approach or philosophical engineering. It is argued that this type of thinking will allow faster progress towards a deeper understanding of the universe than the more top-down approach that physicists currently use.

People who know 3D modeling and physics:  Using the ideas in paper 1, above, I’ve developed a possible physical model of the beginnings of the universe and am trying to see if the model matches reality and can make any testable predictions by using 3D modeling software. Providing evidence via modeling and making testable predictions is the only way anyone will ever accept any ideas about the question “Why is there something rather than nothing?” This is a chance to work on that (on your own time and money).  I’m currently using software called Houdini, but the model itself is independent of any particular kind of software.  Unfortunately, I’m slow at learning programming.  If anyone knows about 3D modeling and physics and wants to participate, that would be great.  A summary of the models I’m working on is at  WSRTNModel

Thank you!
2. Things Exist Only Once Their Groupings are Completely Defined: Application to The Russell Paradox and Godel’s Incompleteness Theorem

The Russell Paradox considers the set, R, of all sets that are not members of themselves. On its surface, it seems like R belongs to itself only if it doesn’t belong to itself. This is where the paradox come from. But, set R doesn’t even exist until after its list of elements is completely defined. Because it doesn’t exist yet at the time this list is being defined, R obviously can’t be a member of itself, so the paradox is resolved. Similar reasoning is used in analyzing Godel’s incompleteness theorem.

3. Infinite Sets: Thought Experiments About Infinities Produce Experimental Artifacts Suggesting That Their Use in Physics Should Be Reexamined
Thought experiments are still experiments and should use good experimental technique. The thought experiment of comparing the size of an infinite set (e.g. of the positive integers) with one of its infinite subsets (e.g., of the positive, even integers) involves taking the infinite subset out of its original set and pairing off its members one-to-one with members of the original set. This is like removing the nucleus from a cell and studying the nucleus and the cell separately and thinking this accurately represents the relationship of the nucleus and the cell when they were together. Both of these methods cause experimental artifacts and can give incorrect results.
Also available at: http://vixra.org/abs/1612.0286
4. Infinite Sets: The Appearance of an Infinite Set Depends on the Perspective of the Observer

Given an infinite set of finite-sized spheres extending in all directions forever, a finite-sized (relative to the spheres inside the set) observer within the set would view the set as a space composed of discrete, finite-sized objects. A hypothetical infinite-sized (relative to the spheres inside the set) observer would view the same space as continuous and would see no distinct elements within the set. Using this reasoning, arithmetic involving infinities depends on the reference frame of the observer (the mind of the mathematician or physicist) relative to the infinite set. This reasoning may also relate to the differing views of space of relativity (continuous space) and quantum mechanics (discrete space).

Also available at: http://vixra.org/abs/1612.0285
5. Miscellaneous Ideas on Quantum Weirdness, Time, The Relativity of Time and Location, The “Unreasonable” Effectiveness of Math at Describing The Universe and Other Things

This paper has some ideas on time, the relativity of time and location, the “unreasonable” effectiveness of math at describing the universe and other things.

6. Foundational Questions Institute (FQXi) Essay Contest essays. These are mostly repeats of the above essays.

7. Questions and Ideas on Science, Economics and Other Stuff
Previous Post 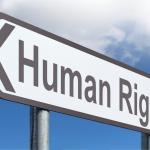 April 3, 2019
A Few Chats for You: Human Rights, Atheist Deaths, Veganism
Next Post 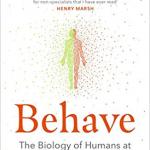