Things are a mess, this way and that, in the States. The Guardian reports on the latest worry:

Civil rights advocates are condemning a proposed Texas law they say opens the door to discrimination against the LGBT community and religious minorities.

The Texas state senate passed Senate Bill 17 earlier this week, which would protect the right of state-licensed workers such as doctors, teachers and counselors to refuse to provide their services based on “a sincerely held religious belief”, except in cases where medical services are necessary to “prevent death or imminent serious bodily injury”.

Advocates fear that barring state agencies that issue occupational licenses from penalizing workers who refuse services based on religious beliefs would essentially give workers a free pass to discriminate in the name of religion.

“This law would make it very difficult for [government] agencies to stamp out pernicious discrimination,” said Adriana Píñon, the policy counsel for theACLU of Texas, which has publicly opposed the bill as it advanced during the current session.

“This law permits anyone to sue when they believe their religious exercise is being burdened…so addressing discrimination would take more time and would be costlier, so it really handicaps an agency from acting when it needs to act to address discrimination and because of that it fosters an environment where religion can be used as a basis to discriminate,” she added.

Many state legislatures across the country have implemented legislation to extend protections for LGBT people in the last several years, with bipartisan support, such as in Kansas, Michigan, Ohio and Wisconsin, where governors from both parties signed executive orders pledging protection from workplace discrimination, though this has not come without pushback from conservative party leaders….

Officials at Equality Texas, the largest statewide group advocating for equal rights for LGBT people, have raised the alarm on the potential repercussions of passing SB 17 – and also Senate Bill 15, which would remove ordinances currently in place to protect LGBT residents from discrimination in the workplace based on gender identity and sexual orientation.

“It’s a different version of the bathroom bill,” said Angela Hale, a spokesperson for Equality Texas. “We were successful in defeating the bathroom bill twice last session. What we’ve seen crop up, not just here in Texas but across the country, are these religious exemption bills. It’s kind of a disguised way of trying to discriminate against the LGBT community or minority religious groups across the United States.”

She said the difference between both bills is that Senate Bill 17 is broader in scope in that it extends beyond the bathroom and into the workplace.

Lawmakers in support of the bill largely included Republicans, such as the legislation’s author, Charles Perry, who represents Lubbock in the rural Texas panhandle and Patrick, but they were joined by Democrat Eddie Lucio, who also backed the 2017 bathroom bill.

“Senate Bill 17 will ensure that no Texans will ever have to choose between their job and their faith,” said Patrick in a statement. “Preserving religious liberty, has, and will always be, one of my top priorities, and I congratulate Senator Perry on passing this important legislation. Senate Bill 17 will protect Texans of all religious faiths.”

Perry said licensed professionals may still be fired and have their licenses revoked by the licensing board for refusing services. He said the bill is in line with federal civil rights laws.

But Republican Kel Seliger of Amarillo, also in the panhandle, opposed the bill. He voiced concerns about whether the new law would allow a state-licensed worker to refuse to deal with a gay person or a Muslim…. 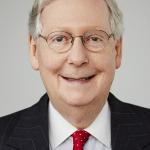 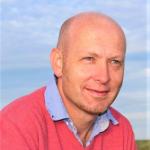 April 6, 2019 Interview with Rob J Stroud on Freud, Jung, Peterson, God and Psychotherapy
Recent Comments
0 | Leave a Comment
"Mail in voting is a scam."
Will Corruption & Lies: Trump & the ..."
"I stated a fact.So did I, and so did others.Namely, that you aim to deliberately ..."
epeeist Corruption & Lies: Trump & the ..."
"I see the conspiracy theories have begun already led, not surprisingly, by the Fool in ..."
Geoff Benson Holidays!
"Well you take a lot of words to try and deny the reality that Fascism ..."
Geoff Benson Religion Shapes American Attitudes about Gun ..."
Browse Our Archives
get the latest from
A Tippling Philosopher
Sign up for our newsletter
POPULAR AT PATHEOS Nonreligious
1