Before the Big Bang: A Multiverse from “Nothing”

Before the Big Bang: A Multiverse from “Nothing” April 21, 2019 Jonathan MS Pearce

Skydivephil and his team have just released a new cosmology film in their Before the Big Bang Series. In previous episodes of the series they have interviewed such names as Stephen Hawking, Sir Roger Penrose, Alan Guth and many others. In this episode, we interview Alex Vilenkin. Vilenkin was the first to propose the universe may have come from “nothing” where nothing does not mean a quantum vacuum but a state where there is not even space or time. He also was one of the first to suggest we live in an inflationary multiverse. So this is the focus of their film.

Although the film is about cosmology and not about atheist/theist debates, he does make a number of comments that may be of interest to those following the latter. In particular, Vilenkin states that the universe from nothing is not the same as a universe from a quantum vacuum, the multiverse is not untestable, the BGV theorem does not prove the universe had a beginning, only that inflation had a beginning. Other points of interest to the debate include: Infinity may exist in the real world, the big bang was not the beginning of the universe, things can happen without a cause, Boltzman Brains do not rule against the multiverse and that virtually no one in cosmology takes seriously the view that there was one big bang and nothing before it.

April 20, 2019
Easter Round-Up: Everything You Need To Know About The Resurrection (Skeptically Speaking)
Next Post 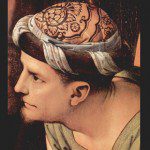