The Stupidity of Abortion Lawmakers

how did abortions get banned faster than assault rifles

What about guns?
Look, banning things never works. People will find ways to get them#AlabamaAbortionBan

Maybe if we start calling our body parts gun-sounding names like “revulva” or “shooterus” the GOP will stop trying to regulate them.

I think Christian moms who abort their 14-year-old LGBT kids from their homes should go to prison for 99 years.

Do any of these knuckleheads realize that Roe V. Wade was enacted because so many women were dying from illegal abortions that it was a public health crisis?

So, in sum: Republicans just confirmed Wendy Vitter — who equated abortion with murder, who falsely linked abortion to cancer, who endorsed putting info in doc offices saying birth control leads to violent death (?) — to be a lifetime federal judge. https://t.co/N1RDz6dfqp

I thought I would add to my previous post on the abortion situation in the US. To remind you:

…the Alabama Senate voted to make abortion illegal from the moment of conception, punishable by 99 years in prison, with no exceptions for rape or incest. It will be the most extreme anti-abortion law in the nation, voted into effect by men who had trouble articulating the most basic facts about women’s biology, conception, or even how the law itself would function.

Today, I am going to talk about some of the lawmakers who have enacted these policies. During the debate, Republican Clyde Chambliss made at best incoherent statements and at worst utterly reprehensible ones. He did declare that he wasn’t “trained medically”, which was very humble of him. However, given this scenario and given that he was in a position to make laws pertaining to medical issues, you would have thought he would have done his research. I mean, that is what a responsible politician would have done, right? Hell, no.

“I’m not trained medically so I don’t know the proper medical terminology and timelines. But from what I’ve read, what I’ve been told, there’s some period of time before you can know a woman is pregnant.”

This Republican senator and lawmaker repeatedly claimed that a woman could terminate her pregnancy if she did not know she was pregnant. This is, to the person with the even the lowest intellect, completely stupid.

The reporter Abbey Crain quotes him:

“There’s a window of time when a woman knows she’s pregnant that every option that’s on the table now is available. She has to do something to know whether she’s pregnant or not. It takes time for all the chromosomes to come together.”

When asked if this bill makes an exception for victims of incest, Sen. Chambliss says, “yes, until she knows she’s pregnant.”

Again, that would mean that that person would have to get an abortion before they know they’re pregnant. That’s not a thing. #HB314 #alpolitics

His expertise with quickly exhausted and when he was asked whether woman’s eggs would be subjected to the law, he replied:

“I’m at the limits of my medical knowledge, but until those chromosomes you were talking about combine — from male and female— that’s my understanding.”

The IVF argument was applied to him and the incoherence of his thinking was playing for everyone to see. Chambliss, responding to the question as to whether the law would apply to a fertilised egg in a lab, cited a part of the bill that says it applies to a pregnant woman:

“The egg in the lab doesn’t apply. It’s not in a woman. She’s not pregnant.”

Er, hmm, what? Great answer to address a key weakness of the law in prinicple…

This obviously invalidates the life begins at conception argument that pro-lifers use. The IVF argument is a particularly strong one that would mean if politicians are making rules about abortion being wrong because it is murdering fertilised eggs as human beings with personhood, then all IVF clinics would be shut down as the majority of fertilised eggs go un-implanted.

“Senator, I don’t know if I’m smart enough to be pregnant, so I appreciate the wisdom of our heavenly father.”

Of course, such stupidity concerning this topic from politicians is not unusual. There is clearly some precedent:

There is also Texas state Representative Dan Flynn, a Republican, who believes abortion requires cutting into a woman’s uterus, or Vito Barbieri, the Idaho state Representative, a Republican, who thought you could give a woman a remote gynecological exam by having her swallow a tiny camera. And who among us can forget former Missouri Congressman Todd Akin, who once claimed that women can’t get pregnant if they’ve been raped because “the female body has ways to shut the whole thing down.” (Akin was not the only Republican congressman who believed this: In 1995, North Carolina’s former state Representative Henry Aldridge, claimed that when women are raped, “the juices don’t flow, the body functions don’t work, and they don’t get pregnant.”)

How easy it appears to be to pass such laws and yet education is underfunded and is guns are minimally regulated and results in some 35,000 deaths a year. Of real humans.

Just to remind you, more US school-age children have been killed by guns than on duty US police or US soldiers on operations. But, but, abortion… 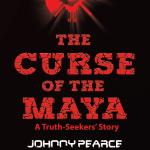 May 17, 2019 Making Moral Claims Without Doing the Groundwork
Recent Comments
0 | Leave a Comment
Browse Our Archives
Follow Us!