It has been a long time since I posted one of my Philosophy 101 pieces. I have previously written on Plato, Socrates and Aristotle (as well as existentialism, qualia and the PhilPapers series). Today I am going to talk about Confucius because, well, you might not know all that much about him.

According to tradition, Confucius was born in 551 BCE in China. Not that much is known about him other than that he came from a fairly well-off family and he worked as a servant until the death of his father. Eventually became a court administrator before becoming a teacher. He died in 479 BCE. Much of what is known about his teaching comes from his disciples who collected an anthology called Analects.

Confucius was actually quite a conservative thinker, who put lots of store in ritual and respect for ancestors. At the time of Confucius, the old tradition of hierarchy was being challenged by an up-and-coming ideal of meritocracy of which Confucius was himself a part. Analects was a collection of anecdotes and sayings that had social and political import; as such, it had ethical implications.

The world was changing around Confucius and the Zhou Dynasty was in decline. Out of this, with Confucius being a driver or reflection of this change of course, came the Hundred Schools of Thought movement. Previously, religion, mythology and moral authority was thought to be defined and articulated by gods. Confucius, however, didn’t talk an awful lot about gods, although he does see heaven as important in terms of morality.

The concept of Heaven (Tian, 天) is pervasive in Confucianism. Confucius had a deep trust in Heaven and believed that Heaven overruled human efforts. He also believed that he was carrying out the will of Heaven, and that Heaven would not allow its servant, Confucius, to be killed until his work was done.[3] Many attributes of Heaven were delineated in his Analects.

Confucius honored Heaven as the supreme source of goodness:

The Master said, “Great indeed was Yao as a sovereign! How majestic was he! It is only Heaven that is grand, and only Yao corresponded to it. How vast was his virtue! The people could find no name for it. How majestic was he in the works which he accomplished! How glorious in the elegant regulations which he instituted!” (VIII, xix, tr. Legge 1893:214)

The Master being very ill, Zi Lu wished the disciples to act as ministers to him. During a remission of his illness, he said, “Long has the conduct of You been deceitful! By pretending to have ministers when I have them not, whom should I impose upon? Should I impose upon Heaven? Moreover, than that I should die in the hands of ministers, is it not better that I should die in the hands of you, my disciples? And though I may not get a great burial, shall I die upon the road?” (IX, xi, tr. Legge 1893:220-221)

Confucius believed that Heaven gives people tasks to perform to teach them of virtues and morality:

The Master said, “At fifteen, I had my mind bent on learning. At thirty, I stood firm. At forty, I had no doubts. At fifty, I knew the decrees of Heaven. At sixty, my ear was an obedient organ for the reception of truth. At seventy, I could follow what my heart desired, without transgressing what was right.” (II, iv, tr. Legge 1893:146)

He believed that Heaven knew what he was doing and approved of him, even though none of the rulers on earth might want him as a guide:

The Master said, “Alas! there is no one that knows me.” Zi Gong said, “What do you mean by thus saying – that no one knows you?” The Master replied, “I do not murmur against Heaven. I do not grumble against men. My studies lie low, and my penetration rises high. But there is Heaven – that knows me!” (XIV, xxxv, tr. Legge 1893:288-9)

Perhaps the most remarkable saying, recorded twice, is one in which Confucius expresses complete trust in the overruling providence of Heaven:

Where Confucius differs from traditional thoughts is his belief that virtue is not something exclusively sent from heaven for the ruling classes and the elite, but is something that anyone can cultivate. From his position in court, Confucius felt he had a duty to the middle classes as well as those elites who ruled. His thoughts and aphorisms can be seen in the context of achieving justice and stability in society through virtue. Virtue is not just something held by birthright or on account of one’s position in society as far as a hierarchy is concerned, but something that one propagates oneself. To sum up: “The worldly concern of Confucianism rests upon the belief that human beings are fundamentally good, and teachable, improvable, and perfectible through personal and communal endeavor, especially self-cultivation and self-creation. Confucian thought focuses on the cultivation of virtue in a morally organised world.” Virtuous characteristics, for him, can be seen as the following:

These are accompanied by the classical Sìzì (四字), that singles out four virtues, one of which is included among the Five Constants:

These can be seen as pretty standard qualities in today’s thought and are argued to be pretty humanistic.

Although these characteristics had supposedly come to fruition in the ruling classes, they were seen to be disintegrating in the world around Confucius. He saw himself as reviving these ideals in the government and society about him. Ruling by example was preferable to a ruling by fear and might. This approach to governance should also be reflected in personal relationships.

He had an interesting view on the importance of loyalty and the priority of the relationships that we show this. The order was as follows:

With the last two, age was important. Considering this and the above order, we can see Confucius’ conservative and traditionalist ideals. He was particularly conservative in the emphasis he put on ceremonial tradition and ritual (ancestral) worship, funerals, marriage and so on. This fits nicely into the psychological work done by academics like Jonathan Haidt, looking at the roles that tradition and purity play in conservative (moral and) political psychology.

Sincerity in these things is paramount:

Sincerity becomes apparent. From being apparent, it becomes manifest. From being manifest, it becomes brilliant. Brilliant, it affects others. Affecting others, they are changed by it. Changed by it, they are transformed. It is only he who is possessed of the most complete sincerity that can exist under heaven, who can transform.

Perhaps, though, this is at odds with those truly conservative ideals in that you can change by watching others and taking on regard for them, but that this can be a two-way street. This self-reflection is linked to our regard of others and underwrites the Golden Rule for which he is famous. Confucius formulates this as a negative statement: “what you do not desire for yourself, do not do to others”.

Take note that this is not telling what to do, ethically speaking, but what not to do. This fits in rather neatly with his ideals of modesty and humility.

Although he didn’t gain much traction with the rulers of his day, his concentration on teaching his disciples meant that Confucius’ philosophy gained momentum and succeeded in several revivals. And though he remained pretty silent on gods, he did appear to influence the religions of Daoism and Buddhism. His influence in China and the region has been significant from his time to the present day. Some argue that he massively influence work ethic in much of Asia, and with that, modernisation and industrialisation. On the other hand, there are many valid claims that this Confucianism was patriarchal and sustained gender stereotypes, keeping women back from progress. This, however, is a complex issue about which I do not have the time to write here.

And there you go, a whistlestop tour around the world of Confucius. Merely skimming the surface, of course. Check out my other pieces, linked above, introducing some philosophical big names and ideas. 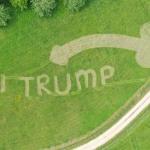 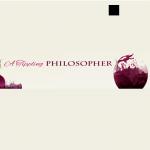 June 4, 2019 A Comment about Comments
Recent Comments
0 | Leave a Comment
"Q: Your real evidenceless free will fantasizing is disallowed by proven science.LB: Perhaps, but you ..."
Luke Breuer Jesus’ Sacrifice Is Infinitesimally Small
"Q: Quantum physics prohibits infinitesimal forces. All energy is particulate.⋮LB: And you can switch to ..."
Luke Breuer Jesus’ Sacrifice Is Infinitesimally Small
"I think there's value in "going where the discrimination is." I.e. ensuring the law is ..."
eric Australian Religious Discrimination Bill Backfires on ..."
"LB: What does "public health policies designed to contain and ultimately eradicate faith" mean to ..."
Luke Breuer Religious Symbolism, Semper Fi and Virtue ..."
Browse Our Archives
Follow Us!

Nonreligious
Quote of the Day: 3lemenope on Rabbis and...
A Tippling Philosopher

Nonreligious
The Value of Theology (and Monks): Is It...
A Tippling Philosopher
TRENDING AT PATHEOS Nonreligious