I have written before about how the religious right is raising their game to capitalise on the chaos and distraction caused by Trump in order to pass laws concerning abortion. This move to force their pious views and hardline Christian values upon American society is part of an organised and strategic policy known as Project Blitz.

A playbook known as Project Blitz, developed by a collection of Christian groups, has provided state politicians with a set of off-the-shelf pro-Christian “model bills”.

Some legislation uses verbatim language from the “model bills” created by a group called the Congressional Prayer Caucus Foundation (CPCF), set up by a former Republican congressman which has a stated aim to “protect religious freedom, preserve America’s Judeo-Christian heritage and promote prayer”.

At least 75 bills have been brought forward in more than 20 states during 2017 and 2018 which appear to be modelled on or have similar objectives to the playbook, according to Americans United for Separation of Church and State, a campaign group which tracks legislation that undermines the principle of separation of church and state.

Opponents warn that the CPCF (which claims more than 600 politicians as members across state legislatures ) is using the banner of “religious freedom” to impose Christianity on American public, political and cultural life.

In Alabama, Arizona, Florida, Louisiana and Tennessee, so-called “In God We Trust” bills have become law since 2017, which will see the phrase emblazoned on public buildings, hung in schools and displayed on the side of public vehicles including police cars.

But the Project Blitz playbook sees those largely symbolic bills as just the first stage on the way to more hardline laws. They are presented as measures to preserve religious liberty, but are intended to give businesses, pastors and childcare providers the right to discriminate against LGBT people in line with their “sincerely held religious beliefs”.

The nature and existence of the project and of the people behind it is clandestine, arguably hiding in plain sight:

Frederick Clarkson, senior research analyst at Political Research Associates, a thinktank which studies the political right, was first to write about Project Blitz, which he said had been hiding in plain sight.

“It’s very rare that you come across a major primary source document that changes the way you view everything, and this is one of those times. This is a 116-page strategy manual hidden away on a website explaining at least what a section of the religious right are doing in the United States. To me that’s astounding.”

The playbook came to wider attention in April after Clarkson was tipped off to its existence. He also highlighted recordings of conference calls where leading figures in the CPCF set out their plans to flood state legislatures with bills.

One of the steering team behind Project Blitz is David Barton, the Texas-based founder of an organisation called WallBuilders, which takes its inspiration from the Old Testament in describing a a mission of “rebuilding our nation’s foundations”.

In a recording of a call with state legislators, he describes in detail the strategy behind Project Blitz, which he said packages together about two dozen bills in separate categories based on the type of opposition they are likely to receive. There are three categories of bills in Project Blitz.

The first category of “In God We Trust” bills are likely to trigger opposition by saying the bills are a waste of time, or the sponsor of the bill “just wants to fight culture wars and divide people”.

Part of the strategy is to pave the way for later political attacks, painting an election opponent as “anti-faith”. Recent attacks on a Minnesota Democratic politician by Republican opponents followed exactly those lines.

Barton told legislators on the call: “They are gonna be things people yell at, but they help move the ball down the court, really if we can do this, get this going with all the states, it’s kind of like whack-a-mole for the other side, it’ll drive ‘em crazy that they’ll have to divide their resources out in opposing this.”

Category two include bills for a range of proclamations or resolutions – declaring a religious freedom day or Christian heritage week that can then be used to get religious teaching into schools. The playbook adds: “If any legislator opposes this, it will be helpful to get him or her on the record against this heritage and freedom.”

Category three bills will have the greatest impact but will be “the most hotly contested” the playbook says – they include resolutions in favour of “biblical values concerning marriage and sexuality”, such as “establishing public policy favoring adoption by intact heterosexual, marriage-based families” and “establishing public policy favoring intimate sexual relations only between married, heterosexual couples”.

The playbook warns that the most far-reaching model bills – designed to deny LGBT people access to adoption services or marriage services – are “more dangerous” because they will face well-organised and financed opposition.

A website called www.blitzwatch.org/ has been set up to monitor and counter such actions, including having a legislation tracker. The problem is getting worse:

In late 2017, the Congressional Prayer Caucus Foundation released a 116-page legislative guide to implement Project Blitz, which includes 20 model bills. In 2018, over 70 Project Blitz-related bills were introduced in state legislatures around the country. This year their playbook has expanded to 148 pages and we expect even more Blitz-bills to be introduced in states across the nation.

These bills are intended to escalate, allowing the prayer caucuses to achieve “low hanging fruit,” build momentum, and move on to more dangerous bills undermining equality.

They have run a webinar to spread knowledge and ideas about this:

As the New York Times reports:

In another piece of model legislation, the blitzers’ goal is to get state legislatures to resolve that, notwithstanding the Supreme Court’s recent decision on same-sex marriage, “This state supports and encourages marriage between one man and one woman and the desirability that intimate sexual relations only take place between such couples.” We have known for a long time that Christian nationalists seek to control what goes on in other people’s bedrooms. The striking thing about this model bill is the cruelty with which it advances the argument. The bill claims that people in same-sex relationships have a “higher instance of serious disease.”

It would be touching to think that the sponsors of Project Blitz have at last turned their attention to health care, but, no — their concern here, according to the guidebook, is that all of this gay sex is costing taxpayers lots of money — “estimated to be in the billions of dollars annually,” according to the bill template.

If you examine the roster of people and organizations behind Project Blitz, it becomes clear that demeaning whole groups of people in society is really just a means to an end. The aim is political power. In their language, it’s sometimes called “dominion” — meaning, specifically, the domination by those with the correct “biblical” worldview over all aspects of politics, culture and society.

David Barton is the founder of WallBuilders, an organization that promotes the view that America is a nation of, by and for Christians of a very specific variety. Buddy Pilgrim, another member of the Project Blitz steering team, is a businessman who founded Integrity Leadership, a ministry focused on “equipping Christians with biblical principles for the workplace.” According to Mr. Pilgrim’s website, “Dominion in earthly realms of authority (business & politics) is a biblical mandate.”

A third steering team member is Bill Dallas, a convicted embezzler who later founded United in Purpose, a data-collection operation that aims, among other things, to increase turnout of conservative evangelical voters in local, state and national elections. “We have about 200 million files, so we have pretty much the whole voting population in our database,” Mr. Dallas said in a Sept. 5, 2016, interview with the Christian Broadcasting Network. “What we do is track to see what’s going to make somebody either vote one way, or not vote at all.” In October 2016, Mr. Dallas offered a neat summary of his political philosophy, one built on an idea by Abraham Kuyper, “There is not a place in the universe where Christ does not shout out, ‘Mine!’ ”

This is scary stuff, insidious. When I think the positive looks bright in terms of progress and moral zeitgeist, I am always brought back down to earth with a depressing bump. 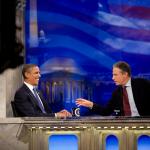 June 12, 2019 The Sin of Self-Righteousness
Recent Comments
0 | Leave a Comment
"Evidence for such proclamations? Don't be silly."
John Grove On Ridiculous Christian Apologetics, and Whether ..."
"Commenting is a nightmare. 2-3 minutes to type a comment of a couple of sentences."
democommiescrazierbrother Jim Acosta Ross into FOX Disinformation
"Jesus is the living God. He seeing this before spake of the resurrection of Christ, ..."
sparrow456 On Ridiculous Christian Apologetics, and Whether ..."
"Three are many purposes to sex and procreation is just one."
Lord Dude New sex education programme for Catholic ..."
Browse Our Archives
get the latest from
A Tippling Philosopher
Sign up for our newsletter
POPULAR AT PATHEOS Nonreligious
1

Christian Strategies Reveal Their Disbelief in...
Roll to Disbelieve
Books by This Author Books by Jonathan M. S. Pearce

Nonreligious
Disenfranchised and Disenchanted: Reflections on the UK Local...
A Tippling Philosopher