I wrote this during the 2016 political campaign, but before the elections and their disastrous results. Since then, nothing has happened that requires me to change a word of it. The actions proposed are even more urgently needed than they were three years ago.

This will probably never happen.  It gores too many oxen.  But I think something like this is needed to get our nation back on track…as the democratic ideal.  Fiscally sound, good guys of the world.

First the military:  Why are we the world’s policeman?  Who gave us that responsibility and the license to tell other nations what they can and cannot do?  That should be the job of the UN, not unilateral decisions by our government…unless we are threatened.  The definition of “clear and present danger.”  If we perceive that another nation presents a danger to us, then we must act to defend ourselves.  It is called the Department of DEFENSE.  Not Uncle Sam the Sheriff.  We should not have any troops permanently stationed in other countries.   If the UN decides that military action is needed, we will, of course participate in that, but only as a member of that organization, and only as needed temporarily.  So we should start a gradual withdrawal of all other forces, and reduce the size of our standing army accordingly.  The defense budget, now larger that the next ten nations combined, needs to be reduced from “ludicrous” as Elon Musk would say, to something more reasonable.

Now on to taxation:  Here’s where my ideas are even more radical.  Get rid of all tax exemptions for churches and charities, including tax deductions for individuals or corporations who donate to them.  The Oil Depletion Allowance, that cash cow for Big Oil…gone.  Farm subsidies…gone.  Eliminate the capital gains tax.  All income, whether it is salaries, wages or income from stock trading should be subject to the same progressive tax rates, and they should be a lot more progressive than they are now.  Why did it ever make sense to tax the wages of a worker at a higher rate than the income of a rich guy trading stocks?

Now these changes in the tax code will bring in a LOT more money, so they can be combined with a significant reduction in income tax rates….and a much simpler tax form for most people.  Arguments that these changes will harm the economy will come from lots of directions…mostly from people who are benefiting from the status quo.

I realize that this is very unlikely to happen.  It would take a huge victory by someone like Bernie Sanders accompanied by a complete new set of faces in Congress.  I realize there are many details to work out, and I do not pretend to have the expertise to advise on that.  But I think the principles are sound, and if implemented, would result in a United States that would stand once again as the preeminent force for good in the world, and the dominant economic…and yes, military…force in the world.  But first, we need to get our house in order, both fiscally and morally. 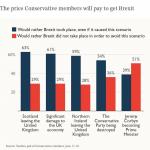 Nonreligious
Risks vs. Rewards and Benefits
A Tippling Philosopher
TRENDING AT PATHEOS Nonreligious