Not Seeing OmniGod through Philosophy and Logic: Photosynthesis and Suffering

I am going to split up my opening chapter to the book over a number of posts here. All of that which I will excerpt has been the subject of various posts over time. After all, you are my sounding board. Here goes. This is the seventh piece in the series.

Why don’t we photosynthesize?

Let’s get back to God’s creating us. It turns out that mere existence is predicated upon a whole raft of pain and suffering. Carnivorousness is a system whereby, in order to just exist, many organisms require the pain and death of other organisms. This happens, literally, on an industrial scale, from farming to the Serengeti. I once watched an online video of a water buffalo being eaten alive by a pride of lions just so I could understand this point.

But that’s life, or death as may be. And it has happened for a very long time. All that pain and suffering―every unit―has been built into the design of so many organisms.

It doesn’t have to be that way. God could have it any other way, surely, with his omni-skills? Carnivorousness can’t be necessary, can it? We could, for example, all photosynthesize. All organisms could derive all of the energy from the sun, thus not necessitating the death of other animals. God could either cook the physical constant to allow for this, or simply allow for perpetual miracles to take place in every organism.

You can take this a step or two further. We don’t actually need energy. Conceptually, God could have created organisms, or a whole system, that didn’t revolve around our understanding of energy.

No, further still, God did not need to create a physical world at all. God could just have created heaven, and populated heaven directly.

(The Little Book of Unholy Questions paperback is presently on offer on Amazon, but that will not last if ordered!)

And this is from a previous piece on this topic:

It is better because it talks about evil as being gratuitous or not. The evil in the world can still logically exist, as long as it is not gratuitous (i.e. serves a purpose). With regards to the question about photosynthesis, the idea is that eating meat and causing animal pain and death must be necessary for some other, greater good.

The Christian is in the position of being able to say, as they always do, that this is logically possible. This, however, is not good enough. It falls into the fallacy of what Richard Carrier calls possibiliter ergo probabiliter. In other words, something is possible, and so therefore it becomes probable. This is not, for me at any rate, an epistemologically good method. If I went through my life believing things because they were possible and not probable, I would get into some serious trouble.

The Christian would no doubt claim that the rest of the evidence for God means that the evidence for it not being gratuitous is good and makes the conclusion that there is a greater good probable. Again, this is not good enough for me. And if this is the case, then God could surely communicate that there is a greater good, not least what that greater good is. Many Christians argue that we cannot know the mind of God and we might not understand what the greater good might be. I think this is vastly underrating human understanding and is effectively laughable.

In sum, the fact that a vast number of animals eat other animals in order to survive, meaning that there is an incredible amount  of pain and suffering on earth just so that animals can merely survive, raises some really difficult questions for the theist, and ones which are only ever answered with get-out-of-jail free cards employing the omniscience escape clause. And I just don’t think that’s good enough.

I asked this question to William Lane Craig at the Stephen Law debate in London after their debate a few years ago. He had no answer, though declared it was a great question. There you go.] 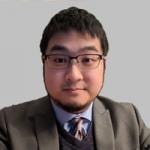 September 1, 2019 Petri Dish Minibrains Make Brain Waves After Months in a Dish
Recent Comments
0 | Leave a Comment
"You do realize the Modern Republikan Party is the successor to the Southern Democrats of ..."
Christian Eye Openers…and then, a Big One
"Exegesis refers to presenting the meaning of theological myths. Analysis is quite appropriate, traitor."
Boreal-Deport Republicans. Cover Thoughts?
"I think that the question mark dominating the crosses, both in size and position is ..."
Boreal-Deport Republicans. Cover Thoughts?
"Before I explain it, perhaps you could provide definitions to the following terms:nation-statestateless nationmultinational stateIf ..."
hiernonymous Darwin Day:
Browse Our Archives
get the latest from
A Tippling Philosopher
Sign up for our newsletter
POPULAR AT PATHEOS Nonreligious
1