Not Seeing OmniGod through Philosophy and Logic: Satan, Heaven & Hell

I am going to split up my opening chapter to the book over a number of posts here. All of that which I will excerpt has been the subject of various posts over time. After all, you are my sounding board. Here goes. This is the seventh piece in the series.

If the endgame is indeed heaven, then why not just create heaven and put our ethereal beings within? Let’s return to his divine foreknowledge, if God knew in advance whom the elect were, whom the people who would freely come to love him would be, then why not just create them? If he knew exactly whom on earth would freely come to love him, why bother creating all those majority of others? All those others who are condemned to an eternity in hell? That seems unnecessarily harsh: punishing people infinitely for a finite failure that God knew would happen anyway.

Suffering eradicated. (This creating job is a cinch.)

God is supposed to be omnipotent. You know, all-powerful, almighty. The great-making characteristics of such a god are the paragon of abilities. He could achieve anything at the metaphorical click of his fingers.

So what the hell is Satan still doing hanging around? Well, of course, he doesn’t exist either. But supposing you believe that both God and Satan are real entities. Well, then, you’d be making no sense at all. God could make Satan disappear, non-existent, just like that. Any ontological argument for God, or claim that he is perfect, such as under Perfect Being Theology, argues for God’s supreme omni-abilities. To be the greatest being in conception, there can be no rival being as God could dispense with them on a whim. Satan cannot be God’s equal.

This means that if the Devil exists, he does so at the behest of God. Either God actively wants him to exist, or his disappearance would cause more grief than good, like some embodiment of the Problem of Evil and consequentialism, as previously mentioned.

Thus it appears that Satan, if he exists, is doing a job for God; providing a service, if you will. God, then, must accept corporate responsibility for him. In other words, anything that is laid at the feet of Satan, in terms of blame and moral responsibility, should actually be laid at the invisible feet of God. God allows (either by design, direct causation or act of omission) everything that Satan does. 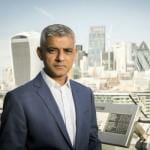 Nonreligious
Christianity and the Afterlife - Post Jesus and...
A Tippling Philosopher
TRENDING AT PATHEOS Nonreligious