From the American Humanist Association:

At the United Nations Global Call to Protect Religious Freedom event today, President Donald Trump announced the formation of a coalition of U.S. business leaders meant to “encourage the private sector to protect people of all faiths in the workplace.” The American Humanist Association’s executive director, Roy Speckhardt, attended at the invitation of the Department of State to represent the interests of humanists and other nontheists.

“Given this administration’s relentless attempts to permit religious bigotry and discrimination under the guise of religious freedom, this troubling language is likely nothing more than a thinly veiled attempt to privilege Christianity at the expense of true religious freedom for all,” explained Speckhardt. The AHA’s humanist and atheist constituents were noticeably left out of Trump’s call for freedoms for the faithful.

Speckhardt continued, “Since his election, Trump attempted to create and enforce special rights for the religious right. Despite claims to stand by all who seek religious freedom, it’s obvious the president does not extend that protection to all. Religious freedom is not, nor should it ever be, a license to discriminate.”

The administration also announced efforts to encourage other governments to allow people to “follow their conscience, live by their faith, and give glory to God.” However, the number of countries in which nontheists experience harassment is growing rapidly. Twenty-two countries have criminalized apostasy, or renunciation of religious faith, and in 12 countries, the crime is punishable by death.

Trump began today’s remarks by bragging about having “obliterated the Johnson Amendment” in a misrepresentation of the administration’s failed attempts to repeal the political speech restrictions on churches and other nonprofit entities. Trump closed by asking that “God bless the faithful,” in a complete repudiation of millions of Americans.

The American Humanist Association will continue to monitor and respond to the actions taken by the new coalition in order to protect the freedom of and from religion for all. 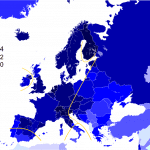 September 22, 2019
A Challenge to "Race Realists" - Race vs Biological Sex
Next Post 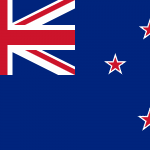 Nonreligious
Humanists in Fight for Right to Perform Nonreligious...
A Tippling Philosopher
TRENDING AT PATHEOS Nonreligious