Uganda is one of those countries that has had the unfortunate “privilege” of receiving money and missionaries from the United States. And those missionaries and that money isn’t about making the country a nicer, more cohesive country. It’s not about pulling those communities together. And this has been a long-term strategy.

Just imagine going to all of this effort and work, in a different country (the US), just to set the objective, “We need to work hard to get those gays killed in another, less powerful country about which we would otherwise be completely and utterly unconcerned.”

You’ve got to be a nasty piece of work to spend all of your waking hours to work towards a “Kill the Gays” law in a foreign country.

As The Independent reports:

Uganda has announced plans to impose the death penalty on homosexuals.

The bill, colloquially known as “Kill the Gays” in Uganda, was nullified five years ago on a technicality, but the government said on Thursday it plans to resurrect it within weeks.

The government said the legislation would curb a rise in “unnatural sex” in the east African nation.

“Homosexuality is not natural to Ugandans, but there has been a massive recruitment by gay people in schools, and especially among the youth, where they are promoting the falsehood that people are born like that,” the country’s ethics and integrity minister, Simon Lokodo, told the Thomson Reuters Foundation.

“Our current penal law is limited. It only criminalises the act. We want it made clear that anyone who is even involved in promotion and recruitment has to be criminalised. Those that do grave acts will be given the death sentence.”

They are confident that it will be passed, gaining the two-thirds necessary for it to become law. Obama had, in 2014, along with the international community, condemned and sanctioned Uganda for its contravention of human rights in this area. However, it is America (through its churches and religious lobbying organisations) that are driving this.

“When the law was introduced last time, it whipped up homophobic sentiment and hate crimes,” said Mr Onziema.

“Hundreds of LGBT+ people have been forced to leave the country as refugees and more will follow if this law is enacted. It will criminalise us from even advocated for LGBT+ rights, let alone supporting and protecting sexual minorities.”

Mr Onziema said three gay men and one transgender woman had been killed in homophobic attacks in Uganda this year – the latest last week when a gay man was bludgeoned to death.

Back in 2014, The Independent reported on the US evangelical lobbying in “How Uganda was seduced by anti-gay conservative evangelicals“:

One of the first to investigate links between American conservatives and the African anti-gay movement was Kipya Kaoma, a Zambian clergyman living in Boston. Homosexuality was illegal in Uganda under existing colonial laws, he explained, “But nobody was ever arrested or prosecuted based on those old laws. People turned a blind eye to it. Homosexuality was not a political issue.”

That changed in 2009, Rev Kaoma said, when a group of American evangelicals led by Pastor Scott Lively, a self-proclaimed expert on the “gay movement”, held a series of talks in Uganda. Mr Lively warned audiences that the “evil institution” of homosexuality sought to “prey upon” and recruit Ugandan children in a bid to “defeat the marriage-based society”.

Dr Frank Mugisha, director of the LGBT rights organisation, Sexual Minorities Uganda (Smug), recently told The Independent on Sunday, “[The idea] of a gay agenda, of recruiting people to homosexuality – that language wasn’t used in Uganda pre-2009. [Lively] made my work very difficult and was conspiring with my legislators, but [to Ugandans] he was like God himself. People were worshipping him as if he was from heaven.”

American conservatives first arrived in Uganda in significant numbers following the fall, in 1979, of Idi Amin, the Muslim dictator who had banned evangelical Christianity. Among them was Mike Bickle, founder of the Kansas City-based International House of Prayer (IHOP). According to Mr Williams, “Bickle was there on the ground on the day Amin fell… with a group of American Christian leaders, to take the country as a Christian nation.”

US Christian groups have since spent millions on schools, hospitals and orphanages in Uganda. They have also found fertile ground for their religious values. Rev Kaoma said American conservatives may have lost the culture wars on the home-front, but they believe they can win in the developing world. “The battle has been fought on American soil, and then exported to the African continent,” he said.

Mr Williams’s film documents the involvement in Uganda of US pastors such as Lou Engle, a senior leader at IHOP, which has more than 1,000 staffers and a reported $30m (£18m) annual budget. Many of its young missionaries are at work in Uganda today. IHOP’s anti-gay agenda is explicit at home and abroad. In 2008, Mr Engle led a prayer rally of 33,000 people in San Diego, to pray for the passage of Proposition 8, California’s ban on same-sex marriage.

Before his influential trip to East Africa, Mr Lively was best known for his 1995 book, The Pink Swastika: Homosexuality in the Nazi Party, which asserted that Hitler and other leading Nazis were gay, and that their homosexuality inspired German militarism and the Holocaust. In March 2009, he spent five hours addressing the Ugandan parliament.

Rev Kaoma, who surreptitiously filmed one of Mr Lively’s seminars, said, “He brought to Uganda this new narrative of the so-called ‘international gay agenda’… You might think, ‘Is he out of his mind?’ But people believed him, [and] the narrative since 2009 has been about protecting children from homosexuals.”…

Mr Lively remains adamant that he had no influence on the wording of the Ugandan law. But he is content to take credit for similar developments elsewhere. In 2006 he called on Russia to “criminalise the public advocacy of homosexuality”. President Putin’s government introduced just such a law last year. Mr Lively said, “The Russian law that criminalises propaganda to children was, I believe, directly modelled on my suggestions.”

And I bet these organisations still get tax exemption to be able to better carry out such wonderful charitable work. 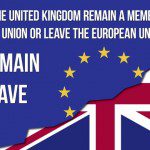 October 12, 2019
Mehdi Hasan Is a Great Interviewer: Tice on Brexit
Next Post

October 14, 2019 Happy shall he be, that taketh and dasheth thy little ones against the stones - Boney M's missing exegesis
Recent Comments
0 | Leave a Comment
Browse Our Archives
Follow Us!

Pulpit and Pen Dismisses Steven Anderson News?
This very morning I got up to an implied threat on Arizona... 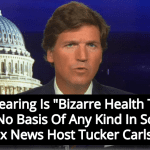 Tucker Carlson Claims Mask-Wearing Has No Basis In...
Death Cult: Fox News host Tucker Carlson makes the dishonest and false...
view all Nonreligious blogs
What Are Your Thoughts?leave a comment
Copyright 2008-2020, Patheos. All rights reserved.