For those of you unaware of the situation in the UK just now, we have had a general election called in the wake of continued Brexit delay. PM Johnson killed his own Brexit bill in favour of a general election. My immediate response was this prediction:

A general election is s terrible idea for the country. Be warned: this will solely be about Brexit. Labour will get shafted and the Tories will do a deal with the Brexit Party, consolidating the right. Unless we have a progressive Alliance, you can kiss further goodbye to our services. The left will be split five ways.

No one will be voting on policies that will be vital to get this country working like it should.

The next four years could well be terrible.

It turns out that the liar-in-chief in charge of the Brexit Party, Nigel Farage, has announced that (against previous declarations he has made) he and his party will step aside for (i.e., do a deal with) the Conservatives in certain constituencies, indeed consolidating the right. The FT reports, in “Brexit party considers pulling out of hundreds of seats to boost Tories“:

The insurgent party, which supports leaving the EU without a deal, is deciding whether to contest all of Britain’s parliamentary seats — as pledged by Mr Farage when he formed the movement earlier this year — or concentrate its efforts on a much smaller number of targeted constituencies in Brexit-supporting areas.

Pollsters have cautioned that if the Brexit party runs a full slate of candidates, Mr Farage could split the Leave vote in scores of marginal seats, undermining Mr Johnson’s pro-Brexit Conservative party and potentially handing victory to pro-Remain candidates from Labour or the Liberal Democrats. But if the Brexit party narrows its focus to Leave-supporting seats currently represented by Labour MPs, it could significantly help the Tories….

John Longworth, Brexit Party MEP for Yorkshire and the Humber, also urged the party to be “sensible” and focus its resources on pro-Leave constituencies where it will have the best chance of returning its first representatives to the Commons.

“I think we ought to be targeted in terms of the number of seats that we decide to address,” he told The Times. “I can imagine that might be 20 or 30. They would be entirely winnable then if you poured all your resources into them. You probably would not get any more if you concentrated on the 600. But you would also get a better result for Brexit too.”

Arron Banks, the great Leave funder, also said as much in the article.

The end result will be obvious – the Tory Party will swing to the right. We know this because it already has, and we have had an exodus of moderate conservatives leave the party outright or refuse to stand in the coming election, including some real big hitters (e.g. Amber Rudd).

The hugely maligned (some reports have him as the most biased media-maligned politician in UK history) Labour leader, Jeremy Corbyn, is due to give his campaign-opening speech today. I have absolutely no doubt that it will be chock-full of good content, politically speaking. In any other time, where Brexit wasn’t a thing, this would be a very interesting election. We have had nine years of austerity that have completely crippled the country. This would put such governance to the test. However, Brexit is ruining the political landscape and will stop people voting on really important national issues, preferring to focus on the single issue of our membership of the European Union.

We absolutely and properly need an election right now. I can tell you that from being on the frontline of key services that have been fundamentally and completely decimated for the last nine years. I and my colleagues are suffering the brunt, and we need a new government, we really do. However, this will merely be a referendum on Brexit and will be ignoring all of the key aspects of a proper election.

As I mentioned above, the only real option for the left is a progressive alliance. Tactical voting is right on the agenda. The left, as it has been to so long, has its vote split five ways. If you want to vote to the left, you have an option of voting for Labour, Liberal Democrats, Greens, Scottish National Party and Plaid Cymru. The right have traditionally only had the Conservatives, though you can probably add the Brexit Party to that now. The added issue, however, is that ardent working-class Leave voters are willing to vote for an ostensibly right-wing, pseudo-libertarian party in the Brexit Party rather than for their traditional party of Labour in order to get their beloved Brexit happening. In this way, you could argue that the left is being split six ways.

There is a very real chance of a hung parliament, where Labour sees a loss of a good many seats to the Liberal Democrats or the Brexit Party/Conservatives. I think Brexit will sound the death knell for any other party than the SNP in Scotland – the Tories will be wiped out there (especially since Ruth Johnson, their charismatic leader, resigned in the wake of Johnson becoming PM). All this, and the winners appear to be the two biggest liars in UK politics – Farage and Johnson. It’s like they look up to Trump and think, “Yeah, lying gets you to power”. And they’d be right, sadly.

Permutations of this election that I think it would genuinely be one of the most interesting to observe as a neutral. There are a few possibilities where the centre or left might just nick it, but I’m not particularly hopeful about these.

This video is well worth watching: 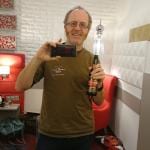 Sweeping Dysfunction Under the Rug
In Lori's world, marriage are either dysfunctional or patriarchal. Well you know...
view all Nonreligious blogs
What Are Your Thoughts?leave a comment
Copyright 2008-2017, Patheos. All rights reserved.