The Problem of Evil & Politics: Defending the Indefensible

The Problem of Evil argument is ubiquitous in the world of theology and philosophy of religion. The debaters using this argument attempt to solve or accentuate the problem that exists in trying to understand the amount of suffering that takes place in the world, given that God is all-loving, all-powerful and all-knowing.

The existence of God, to the theist, is so integral to their own existence and worldview that nothing can get in the way of concluding that God exists. In other words, even if every last person on earth was tortured and killed horrifically, the remaining ardent theist would still argue that there could be some reason why such suffering is taking place in light of those characteristics. (Or all people die in a terrible fashion with unknown causality, and the theist still thinks it chimes with God’s existence). There is no logical inconsistency with OmniGod and the existence of suffering, given his properties.

There are certainly hints and elements of post hoc rationalisation and cognitive dissonance here with a lot of thinkers. But I don’t deny that there could be a reason why untold amounts of suffering might exist in the world. It’s not logically impossible in the context of OmniGod.

This form of skeptical theism, where we don’t know the mind of God and so, therefore, cannot second guess why such suffering might exist, seems to also be evident in the thinking of political zealots.

What is also a shame is that so many laypeople just don’t have a grasp of critical thinking. A simple course in learning about debating and the use of poor arguments and unsound debating techniques would be really profitable for lots of people around the world who end up arguing for their politician with terrible arguments.

We have a scenario whereby Trump could, as he claims, shoot someone on 5th Avenue and people would still vote for him. This is the same sort of move in the POE – God could murder all people on Earth, and the ardent theist would still believe that he was all-loving.

Check this video out – there are some stunningly good examples of bad thinking.

The most obvious dodgy techniques are several variations of the tu quoque fallacy – the “you too” fallacy. I claim of you that you murdering someone is morally bad, and you reply “But YOU/SOMEONE ELSE murdered someone, so…” We see it a lot at the moment with whataboutery.

In this case above, one woman answers whether Trump should be asking for political information in exchange for military aid by saying “Didn’t every other President do it?… They all do it!” This in no way, even if it were true (she even admits that she doesn’t know if it is true!), excuses Trump morally.

She later says that there is nothing he could do to stop her voting for him, so, really, we have someone who is utterly devoid of rational thought in this instance. And then she offers a slightly different path to the theist with the POE. If Trump actually shot someone on 5th Avenue, would she still vote for him? Well, she asks, “Why did he shoot him?” Unfortunately, it ended there – I would have loved her to be challenged here (though there is at least some recourse to a rational argument in this question). The theist, however, doesn’t even go this far – they will throw their hands up and declare (rather than demanding an actual answer), “Well, there logically could be a reason!”

Trump and God are very similar in a way that the cultists who praise them act in defending them. There is almost no evidence against each entity being morally bad that would sway their adherents. Genocide and rape (Bible and Trump…), prejudice and deception: both cultists continue to love their god. 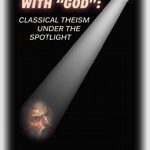 November 8, 2019 The Logical Problem of Evil
Recent Comments
0 | Leave a Comment
Browse Our Archives
get the latest from
A Tippling Philosopher
Sign up for our newsletter
POPULAR AT PATHEOS Nonreligious
1 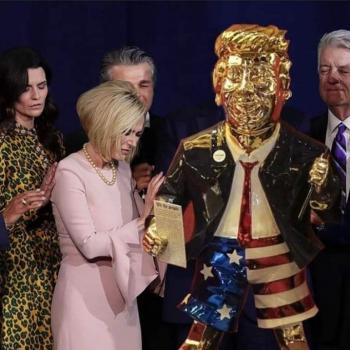