This is genuinely brilliant news for those who have long campaigned for the UK statutory requirement for schools to provide Christian collective worship, technically on a daily basis. In reality, it doesn’t happen a great deal, but there are certainly schools that do, and this is outside of the faith schools category.

This is from Humanists UK:

The Church of England multi-academy trust facing court over collective worship in one of its schools has conceded, agreeing with two parents who argued that their children must be provided with an alternative inclusive assembly that features no prayers or other acts of Christian worship.

Humanists UK, which supported the parents, said the decision marks a ‘significant win’ in ensuring that schools do not force religious worship on children, and says the Department for Education and other schools must now ensure that a meaningful alternative is also offered everywhere else.

Lee and Lizanne Harris launched the case after learning that their children were being made to pray and watch re-enactments of Bible scenes, including the crucifixion, during assemblies at Burford Primary School, an academy with no religious character.

They later withdrew their children from assemblies but no alternative activities were arranged by the school. In their submission to the High Court, the parents argued that Christian worship at the school constitutes indoctrination and is in breach of their right to freedom of belief under the Human Rights Act 1998 and the European Convention on Human Rights.

During assemblies, Lee and Lizanne Harris said Christian stories were presented to their children and fellow pupils as ‘fact’ and visiting church officials had expressed harmful views. They also raised concerns about Christianity being forced upon pupils at other events, including at past school leavers’ ceremonies held in the local church, at which all leaving students received a gift bible as a ‘guide to life.’

The Oxford Diocesan Schools Trust has agreed to meet all of the parents’ requests including providing an inclusive alternative assembly run by a teacher for all students withdrawn and that it must inform all parents that an alternative assembly is now on offer. Religious observance and referencing ‘God as truth’ will only be able to take place in designated collective worship sessions. Members of the clergy will no longer be allowed to lead any school events unless they are doing it in a non-religious capacity (e.g. as a school governor).

Humanists UK is also publishing an information pack for parents at other schools outlining their rights to request a meaningful alternative to collective worship. It recently launched the first model of inclusive assemblies for schools: Assemblies for All.

Humanists UK Chief Executive Andrew Copson said: ‘The 75 year old English law requiring daily religious worship is so antiquated that it has collapsed in the face of its first legal challenge, without the case being seen through to court. Parliament should now act to replace it with a new requirement for inclusive assemblies in keeping with the nature of our plural society and Government should take a lead in that. We will be calling on them to do so.

‘In the meantime, defenders of this discriminatory law should not think that, by backing down now, they have protected it from continuing reform and progress. This case makes clear that parents and children have the right to freedom of conscience without disadvantage and we will be appealing to all state schools still mandating unshared religious practices to cease to do so or to provide meaningful inclusive alternatives. The message of today’s result to all schools couldn’t be clearer: the law requires it.’

Lee and Lizanne Harris said: We are delighted that the school has backed down and agreed to provide our children with an alternative, inclusive assembly of equal educational worth.

‘Ultimately, we took this case to ensure our children receive an inclusive education without the indoctrination of one enforced religion. We believe this isn’t just the right of our children, but all children. The defendant’s reluctance to take this to trial, in our view shows the growing fragility of this outdated law and those who choose to enforce it.

‘This case is hugely significant as it has established that when faced with an important public interest legal challenge, the Oxford Diocesan Schools Trust concluded it must make inclusive assemblies available to all pupils who want them. Such assemblies can play a vital role in furthering the development of all pupils, regardless of religion or belief, covering topics that are educational and enjoyable for all.’

Louise Whitfield of Deighton Pierce Glynn said: ‘Whilst my clients are very pleased that the case has been resolved in a way that enables their children to have an inclusive and meaningful alternative to collective worship, it is extremely disappointing that it took a court case to resolve this. The school has agreed to do everything that my clients had in fact asked for before they took legal advice. They hope that other schools will take a more cooperative and responsible approach to providing non-discriminatory, inclusive alternatives for all children.’

Lee and Lizanne Harris are being represented by Louise Whitfield of Deighton Pierce Glynn http://www.dpglaw.co.uk/lawyers/louise-whitfield/ and David Wolfe QC https://www.matrixlaw.co.uk/member/david-wolfe/.

Note to media: The couple do not want their children appearing in any media and ask that their privacy be respected.

Read the consent order.  The main provision of the order says:

‘The Defendant agrees that age-appropriate inclusive materials/activities… will be provided to the Claimants’ two children; and that those materials/activities are normally delivered by a teacher so as to facilitate the resources being used by pupils in a meaningful way which takes the place of the collective worship they have been withdrawn from. [The Trust] agrees to contact other parents of children withdrawn from collective worship and offer them a similar alternative.

The current collective worship law, a version of which has been in place in England and Wales since 1944, requires all state schools to provide an act of daily worship. Even in schools with no religious character, this must be ‘of a broadly Christian character’. The UK is the only country in the world to impose compulsory Christian worship as standard in its state schools.

In 1998 proposals to reform the law in line with what Humanists UK would like to see were supported by all the major teaching unions, the Local Government Association, most national RE bodies including two-thirds of the members of the RE Council, two-thirds of Standing Advisory Councils for Religious Education, the Board of Deputies of British Jews, the Christian Education Movement, the Buddhist Society, the Sikh Education Council, the National Council of Hindu Temples, and all responding members of the Inter Faith Network for the UK. In 2006 legislative proposals to the same end were also supported by the National Spiritual Assembly of the Bahá’ís, the Unitarian Church, British Muslims for Secular Democracy, and the Hindu Academy.

Sixth form pupils can withdraw from compulsory collective worship and parents can also withdraw their children but, as the Harrises found out, schools generally do not provide a suitable educational alternative to collective worship. The Harrises are arguing that human rights laws impose a legal obligation for them to, and it is hoped that this challenge will establish clear case law that this is indeed so.

Humanists UK wants the requirement for collective worship to be repealed, and replaced by a requirement for inclusive assemblies, which forward the spiritual, moral, social and cultural development of all pupils, without discriminating against any on the basis of their religion or non-religious beliefs. However, this case has the more modest goal of simply establishing that schools must provide such inclusive assemblies as an alternative to collective worship.

In a recent poll, parents ranked religious worship as the least appropriate activity for school assemblies out of 13 possible topics or activities.

Read the previous news item on the Harris’ case: https://humanism.org.uk/2019/07/29/high-court-grants-parents-permission-to-challenge-school-worship-law/ 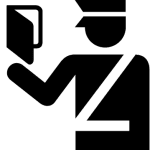 November 18, 2019
Low-Skilled Migration: No Effect on Wages
Next Post

November 22, 2019 Terrible Debate Tactics: God the Father, and Visiting Sins over Generations
Recent Comments
0 | Leave a Comment
Browse Our Archives
get the latest from
A Tippling Philosopher
Sign up for our newsletter
POPULAR AT PATHEOS Nonreligious
1