I’ve written on this exact subject before, but there’s nothing like repeating myself! Regulation is often seen as contrary to libertarian or conservative principles and against economic flourishing in providing barriers to trade, erected by interfering governments.

But, as I have mentioned before, the free market cannot account for negative externalities. This means that, if the production of a good was to have an external cost that was not borne by the producer directly, such a cost would have to be picked up externally to the producer, usually by society at large. So, if a widget producer made widgets and polluted a river in so doing, market forces would be unable to sort out the issue of the pollution of that river without strategic input from the government, in all pragmatic cases. In other words, society picks up the cost of the polluted river rather than the producer themselves. In a well-regulated economy, the government passes on the cost of polluting the river, along with a deterrent, in the form of a fine to the widget producer.

In short, the government morally regulates the markets and strategically pushes it in certain directions. This is arguably more beneficial than the free market blindly following forces that are propelled by the desire for profit and nothing else.

What does this look like in real life? I have now personally felt the ramifications of a piece of regulation twice and I used it in my public debate when I stood on a panel for remaining in the EU.

Some years ago, vacuum cleaner manufacturers were able to produce vacuum cleaners with motors as big as they liked. You could buy a vacuum cleaner with a 2000W motor and would expect that this extra power correlated with greater suction so that the larger the motor, the greater the sucking power of your vacuum cleaner. Then, a couple of years ago, the EU brought out regulation that stated that domestic vacuum cleaners would have their motor outputs regulated so that they could not be any more than 900W (1600W in 2014, then 900W in 2017).

This annoyed an awful lot of people because they thought the EU was unnecessarily intervening in the free market and was causing vacuum cleaners to become less effective. This is no word of a lie when I tell you that I know a degree-holding professional in senior management in education who voted Leave based pretty much entirely on this piece of regulation. I was staggered, when in conversation with them, to find this out. Not least because the regulation has been a massive success.

A few years back, I had to buy a new vacuum cleaner and bought a 900W vacuum cleaner that ended up having a greater suction than the old 2300W vacuum cleaner I previously had. I have just had to replace that vacuum cleaner the other week with an even “less powerful” 800W model. I bought it because the reviews stated that, even on the minimum settings, the suction was so great that it pulled up your carpet! I can confirm that this vacuum cleaner has probably twice the suction of my original 2300W model and is superb. It really and truly does.

The intention of the EU legislation was to strategically influence the market to innovate more efficient motors in order to reduce the power consumption for the jobs that they do. This was environmental regulation that directly caused vacuum cleaner manufacturers to go away, scratch their chins, do some research, and come back to the table with much better products. Guaranteed that this would not have happened had the EU not interfered.

Often media and laypeople simply don’t understand the raison d’être for such governmental regulation. This is a perfect example of trying to limit negative externalities by bringing into play rather simple rules.

Because James Dyson, owner of the huge vacuum cleaner brand Dyson, is a fervent Brexiteer, he threatened to leave the EU over this very regulatory decision. He’s a twit. The thing is, this decision has empirically worked. And it has worked for the benefit of everyone. We all benefit from having less power-hungry motors, lower electricity bills, and a smaller carbon footprint (no matter what you believe about climate change).

I can barely find any web entry lauding the EU for this decision and I can find a whole host of right-wing, EU-haters (such as the Express and Telegraph) online who excoriated the EU for this legislation. What do they say now? Nothing, of course.

I’m not saying that every piece of legislation is beneficial as I’m sure there are some rather pernickety and unnecessary pieces of legislation out there somewhere. But, in the main, regulation is about benefiting society in terms of negative externalities. And we need to bear that in mind.

You can also buy me a cuppa. Please… 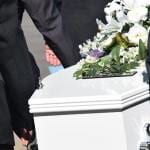