Atheism as a Lack of Belief in Gods

I have talked often before about the semantics involved in belief or lack of belief or nonbelief in God or gods. I am a strong/positive atheist: that we hold a positive belief (as atheists) that God does not exist. Or, indeed, the negative belief concerning the proposition that God exists.

I claim that, in most cases, atheists are actively claiming that God does not exist. It is my opinion that we are doing this consistently when we sit on the Internet and argue the toss over whether God exists or not, concluding that God does not exist. This belief, for atheists, and in my opinion, is a positive or strong belief in a proposition concerning God’s existence.

Many atheists hold to weak/negative atheism, a claim that can be summed up in the phrase “a lack of belief in God or gods”. Personally, I think that this is a very common tactic for atheists to use because they are very wary about using the term “belief” in any kind of conversation about atheism and religion because they think that this then allows theists to claim that atheists have a belief akin to a religious belief. That atheism is, therefore, some kind of religion. This, to me, is complete twaddle and theists who do this should be shown short shrift.

Indeed, this is exactly what the video below illustrates. The video is from Qualia Soup. I don’t think he makes videos any more, but his videos are very good (his brother continues to make them). However, having said this, I disagree with this video because he makes exactly the sort of claim that I have just talked about.

In fact, what he spends much of the video elaborating upon is the idea of “ignosticism”, which is the belief that “the question of the existence of God is meaningless because the word god has no coherent and unambiguous definition. It may also be described as the theological position that other theological positions assume too much about the concept of god.”

I think when Qualia Soup (QS) attacks the counter position that if atheism was to be defined as a lack of belief in gods then rocks and dogs are atheist too, he misses the mark and deems this is a puerile argument. I’m not so sure.

Which brings me nicely onto the question of whether babies are born as atheists or not. Again, I disagree with QS on this. My personal opinion is that babies are agnostic because this is based predominantly on knowledge. To me, as I have mentioned, atheism is about a belief and if something or someone can’t hold a belief, then they cannot be called an atheist. If the position is defined by a lack of belief, then rocks, dogs and babies can be defined as atheist.

Does this argument have any meaningful ramification? To be honest, I’m not entirely sure. But, that said, I think it is useful to be is clear in our beliefs and our terms as possible in order to build up philosophical arguments and frameworks and so I want to be as honest as possible with what I believe and why.

November 28, 2019
Do We Drive the Media or Does the Media Drive Us?
Next Post 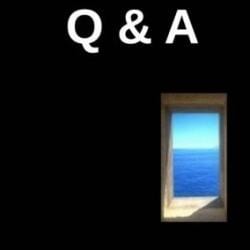 Nonreligious
Doesn't It Take Just as Much Faith to...
A Tippling Philosopher