Doesn’t It Take Just as Much Faith to Be an Atheist?

[The following is an excerpt from Franz Kiekeben’s small book, Atheism: Q&A (UK), the Kindle version of which is, for promotional purposes, free December 4 through December 8. The book consists of short entries (like this one) that answer common criticisms of atheism. Thanks to Franz for guesting this piece.]

The complaint that it takes just as much faith to be an atheist is a strange one. After all, it seems to imply that there’s something wrong with believing on faith – even though in every other context faith is regarded by believers as a virtue. Maybe all that is meant, however, is that everyone is in the same boat, ultimately basing their views on something other than reason and evidence, and that the atheist therefore has no right to single out the religious for criticism.

But is this really true? Does atheism rest on no firmer foundation than religion?

It’s often said that one cannot disprove the existence of God, and that therefore anyone who claims there is no God is going beyond the available evidence. The atheist must as a result rely on faith; if he didn’t do so – if he were sincere about relying only on reason and evidence – he’d be an agnostic instead.

This is a really bad argument, however, and the reason is simple: lack of proof does not mean lack of evidence. I cannot prove that the abominable snowman does not exist, but it doesn’t follow that my disbelief in that creature is a matter of faith: I have good reasons for concluding that the whole thing is a myth, even if these reasons fall short of proof. In fact, to claim that faith is needed whenever there isn’t proof is to claim that just about all our beliefs are a matter of faith; strictly speaking, there’s very little one can prove.

Even if the existence of God can’t be disproven, one can have good reasons for believing God does not exist. For instance, an all-powerful and perfectly good God would almost certainly have created a world with far less suffering than what we find, so at least that kind of deity – the one most theists accept – is at best highly unlikely. One can even reasonably claim to know that no such deity exists: knowledge does not require certainty, for once again, there’s very little we can be certain about. If knowledge required complete certainty, most of our scientific, historical, and even everyday knowledge would go out the window.

One should also be careful about insisting that God can’t be disproven. At least on certain definitions of “God,” his existence can be conclusively ruled out (and in my book The Truth about God I argue that on the traditional meaning of the word “god,” all gods are in fact impossible).

One final comment: it’s interesting that the religious often say their faith can be defended by reason. Their beliefs may be based on faith, but that doesn’t mean they cannot be backed up with hard, logical evidence – or so many theists claim. And yet, when they criticize atheists as being just as dependent on faith, they are obviously implying that atheists have no good reason for their beliefs. Which is it, then? Does faith rule out reason or not? One can’t have it both ways. 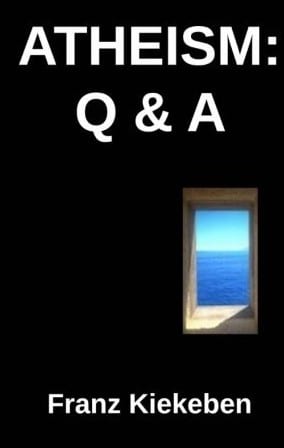 Gwyneth Paltrow Speaks Out Against Artificial Selection
Hollywood, California - Big screen superstar Gwyneth Paltrow is taking the wellness...
view all Nonreligious blogs
What Are Your Thoughts?leave a comment
Copyright 2008-2017, Patheos. All rights reserved.