I am pretty big on fact-checking, accuracy and making sure that my claims are reasonable. I don’t always get it right, but I like to think that I will change my articles to reflect a more accurate position wherever possible.

Before I go on, it is both useful and funny to point out the rather ironic context to this piece of news. Don Trump Jr has recently released a book entitled “Triggered” and this caused a good deal of controversy because it got to the number one spot of the New York Times bestseller list; and it did so, not because lots of people went out and bought the book block because the Republican National Convention bought a job lot of them. As NBC News reports:

Thousands of individuals did not go into bookstores and, one by one, buy Trump Jr.’s book; this is not in dispute. The New York Times reported that Trump Jr.’s enviable spot was, “thanks in part to a big order from the Republican National Committee.” The Times also reported that a financial disclosure form filed with the Federal Election Committee indicated that the RNC made a $94,800 payment to Books-A-Million, a bookseller whose numbers contribute to the bestseller list, for what is listed as “donor mementos.”…

Another person accused of rigging the list? Donald Trump Sr. Trump’s New York Times bestseller “The Art of the Deal” was, according to former Trump executive Jack O’Donnell, purchased in bulk by the Trump Organization to help secure the book’s spot on the list.

How many books did they buy? So many they were forced to find creative ways to get rid of them. “What we would do is use them as a turn-down service in a hotel,” O’Donnell told the New Republic in 2017. “You know how in a nice hotel, they turn your bedcover down and put a mint there? We were putting books on the bed.”

However, that aside (particularly as this article is not about the Trumps’ books), both Donald Trump and Donald Trump Jr were recently triggered on Twitter (where else?) about Canada’s national broadcaster, CBC, editing out seven seconds of Trump’s cameo appearance in the seasonal film Home Alone 2.

All sorts of conservative pundits and news organisations have been jumping on this news, from FOX (FOX & Friends called it “Trump Derangement Syndrome”) to Andy Ngo, Ryan Fournier to Brad Trost, and so on.

Trump retweeted a Mediaite article about this so-called “censorship” and then had a dig at Trudeau:

I guess Justin T doesn’t much like my making him pay up on NATO or Trade! https://t.co/sndS7YvIGR

But the real anger came from Donald Trump Jr, who on Instagram raged:

Absolutely pathetic. The liberal media like @cbc is where Trump Derangement Syndrome manifests itself fully. Imagine being so pathetic in your quest to attain some BS level of wokeness that you need to cut out a scene that is probably one of the the most famous cameos of the era? Imagine being so “triggered” that you can’t even leave a Christmas movie alone without editing. This is what we are up against in 2020, this is the filter by which most people receive their news. This is why it’s not a fair fight, but this is also why we will win. People see through this crap and are fed up of it. The media should go register as a lobbyist for the Leftists. Their bias is so flagrant they don’t even pretend to hide it anymore. They prove every day that they really are the enemy of the people.

That is one childish meltdown rant concerning a kids film.

What is hilarious is that this is all nonsense and the people being triggered are the conservatives and the Trumps themselves. But, as ever, the damage is done and no one is seemingly changing their headlines, making corrections, or apologising. Why is this nonsense? As CBC stated:

When CBC acquired broadcast rights to Home Alone 2 in 2014, several edits were made to adapt the movie for television. At the time, a total of eight minutes was cut from the film, including a short scene featuring Donald Trump. https://t.co/qP3ixItTd1

So, the truth of the matter is that in 2014 CBC had to cut 8 minutes of the movie in order for it to fit with their broadcast schedule. It has been shown in this form since then. This is very standard practice and involves cutting non-essential scenes for TV broadcast schedule demands. This was done before Trump had even announced he was running for president. The scene was a child asking Trump where the lobby is for 7 seconds. That is not plot-essential.

We now have Trump, as POTUS, making accusations about Canadian PM Justin Trudeau concerning payments to NATO and what-have-you, when the idea that a Canadian PM would have had anything to do with making movie edits for a Christmas movie concerning a then mere real-estate mogul for the Canadian national broadcaster is insane. Nuts.

I mean, for Trudeau, before he was even PM, to do this five years in advance of using it to annoy a future POTUS is incredibly astute of the Canadian PM.

Both Trumps here, and the entire cadre of Conservative pundits and media organisations, need to take a long hard look at themselves. Before triggering off about such nuggets, do some fact-checking. The sad thing is, such opportunities for these people present opportunities to spread misinformation, to carry out beneficial disinformation because truth doesn’t matter, and to correct mistruths takes more effort and is less effective than the damage done by the initial disinformation. It’s like spreading Facebook memes without fact-checking them. Relatively easy to do but demanding a modicum of effort and time, and yet the viral nature of the internet means that by not doing this, that mistruth fires off and pings about people’s devices and brains like a demonic pinball.

December 28, 2019
The Science of the Stars: From Bethlehem and Beyond
Next Post 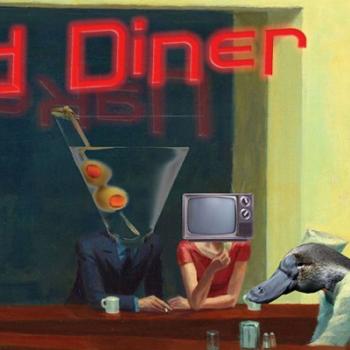