“The Capture”, Post-Truth, Morality and the Torturer’s Defence

I have just finished binge-watching the BBC’s rather excellent The Capture and it is well worth investing the time in. I presume that for my American friends it will be available on some network or another, most probably BBC America.

The context of the show is the police, counter-terrorism and other agencies all working together, and not working together, on a case pertaining to CCTV and the manipulation thereof. London is perhaps the most surveilled city in the world and the show really exposes and plays on this.

At the centre of the plot and themes is the idea that CCTV disagree can be edited to produce fake reality in the same way that photos and videos can be edited to show pornographic films with superimposed heads of famous women and so on in a manner that leaves the watched none the wiser.

This really is a post-truth reality and period that we all now live in. This has led to a new term being coined: deepfakes.

I have seen several news articles on British and American media concerning deepfakes or edited video and how to deal with it. This all came to the fore with the viral video of Nancy Pelosi supposedly drawling in a drunk or senile fashion, whereby a right-wing source manipulated the speed of the video to slow it down.

We also had the Jim Acosta White House experience:

Another simple one happened when a Conservative Party source edited an interview of Labour Party leader candidate Keir Starmer:

This latter one involved editing out a small bit of Starmer starting to answer and then editing a long pause to imply he was clueless about the question. The Tories were rebuked by nothing really happened concerning this and the damage was done. The fact is, you can produce lies, send them out into the world, do very little to correct them, and the damage gets done, whilst the victims spend much time and effort in fact-checking and correcting.

I know this through blogging. You can make really easy erroneous claims (the world is 6000 years old) that take an inordinate amount of time and effort to put right.

CNN here report on the work the Pentagon are doing to combat this – it is well worth looking at this and watching some of those videos. Pretty disturbing stuff, including this:

In The Capture, one of the main (spoiler alert) ideas is that the government have, say, ample evidence of terrorists planning to blow up innocent people. The evidence is wiretapping and whatnot, all of which is inadmissible in a court of law. So they create fake videos of a meeting between these terrorists and an arms dealer even though that exact meeting didn’t happen (though they know such a meeting had happened given other inadmissible evidence). This video tampering is called “correction” in the drama, such that the government agencies are “correcting” undesirable outcomes.

In one of the key final scenes, one government boss says:

“Correction is not fake evidence, it is truth re-enacted.”

This is great moral dilemma area. I have asked before whether there is ever any good reason for believing something that is not the truth, in “An Essay on Epistemology: Can there be very strong reasons for believing something although it is false?” But what about the motivation for telling lies in the first place? This is classic consequntialist morality, and the series recognised this, with one of the protagonists talking about this being the torturer’s defence where the ends justify the means.

In simple terms, someone or a government using consequentialist ethics, which is the usual ethics intuitively employed by people (whether they realise this or not), would allow for or create such video manipulation as long as it led to a beneficial or good end. Consequentialism is, however, a pretty complex area and it has been refined by so many thinkers into so many different forms. These are just some of the different forms of consequentialism:

Consequentialism = whether an act is morally right depends only on consequences (as opposed to the circumstances or the intrinsic nature of the act or anything that happens before the act).

Actual Consequentialism = whether an act is morally right depends only on the actual consequences (as opposed to foreseen, foreseeable, intended, or likely consequences).

Maximizing Consequentialism = moral rightness depends only on which consequences are best (as opposed to merely satisfactory or an improvement over the status quo).

Aggregative Consequentialism = which consequences are best is some function of the values of parts of those consequences (as opposed to rankings of whole worlds or sets of consequences).

Total Consequentialism = moral rightness depends only on the total net good in the consequences (as opposed to the average net good per person).

Universal Consequentialism = moral rightness depends on the consequences for all people or sentient beings (as opposed to only the individual agent, members of the individual’s society, present people, or any other limited group).

Equal Consideration = in determining moral rightness, benefits to one person matter just as much as similar benefits to any other person (as opposed to putting more weight on the worse or worst off).

We invent rules of thumb, such as “do not lie”, because, usually, lying produces negative ends. Kant had a good approach in trying to universalise behaviour to try to understand whether it was good or bad. So, if everybody often lied, what would it look like? It would be chaotic. Therefore, as a rule, it is probably a bad idea. I would argue that we understand this by using consequentialist metrics. This doesn’t however, mean that lying is always and forever bad – there are times where it obtains positive outcomes (“Does my bum look big in this?”…). Trying to navigate these non-absolute landscapes can be difficult and exhausting. We can end up creating absolute laws that come out of consequentialist rules of thumb. Do we then say that agencies should not be allowed to doctor footage at all because it will devalue it in a legal sense if we allowed the doctoring, that it can lead to a slippery slope?

There may be arguments that conclude that it is beneficial from time to time, but laws don’t easily take such piecemeal approaches into account. Yes, dark, shadowy agencies will do it in the same way they no doubt torture in dark, shadowy places. Indeed, the arguments for and against “correction” appear to be very similar to those about torture, so it is no surprise that one of the characters in the show brings it up.

What am I trying to say by all this? Only that deepfakes and the idea of “correction” will be in the news a lot from now on. This is a classic example of morality and moral dilemma as it pertains to politics and technology. Where do you stand? 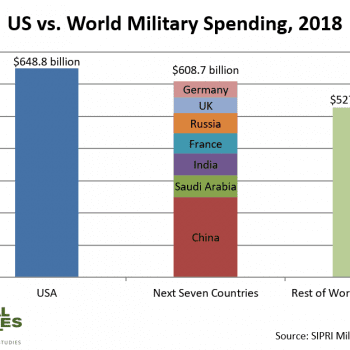 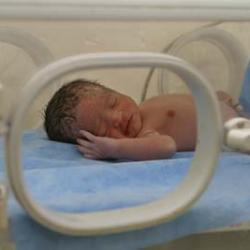 Nonreligious
Should Atheists Bring Children into the World? Should...
A Tippling Philosopher