This is one of those arguments that I have long maintained but have never got round to putting into writing. I can’t tell you the number of hours I have spent either talking directly to Christians, including very close friends in the Tippling Philosophers, or talking online or in writing my books about the nature of revelation and understanding of the religion of Christianity. For every skeptical criticism that can be laid at the door of Christianity, the apologist or the biblical exegete or the Christian philosopher has to ad hoc rationalise and mentally contort their way around the problem to maintain a harmonious belief system.

I can’t tell you how many hours I have spent investigating form criticism or textual criticism and looking into the Documentary Hypothesis and understanding, or attempting to understand, the finer theological nuances of atonement or the Holy Spirit, or whatever else Christians might believe in. I have become embroiled in such complex and intricate arguments that even I, as someone with multiple degree-level qualifications and hopefully some not insignificant amount of intelligence (relatively speaking), have struggled to grasp concepts or understand what was being proposed.

My broader point is that to supposedly properly understand the nature and philosophy and theology of Christianity and the manner in which Christianity works, one needs to be sufficiently and proficiently intelligent. Or, in other words, Christianity is astoundingly elitist.

For a belief system that is supposed to be universal, we have something of a problem here. I could go down my local park and attempts to assassinate someone with some higher-level theological thinking backed up by an evidential foundation of form and textual analysis, but I would get very short shrift by the majority of local, and understandably so. You need theology degrees from licensed seminaries to fully appreciate God’s wonder and understand what is going on. which means, without this, the majority of people have an irrational or a-rational adherence to their belief. It’s like joining the union and going on a march and getting arrested and ending up in prison, but without understanding anything about the politics of unionisation and workers’ rights – you’re just there because your friends and father is in the  union.

Just think about the amount of time and effort over thousands of years that have been spent thinking about, harmonising, overcoming criticisms, making sense of the revelation that is the Bible and making sense of all of the separate theological works concerning it. Think of the number of in-depth analyses of every single nuance and every single nook and cranny of the Christian worldview.

Now, the obvious retort that the Christian will level at this is easily illustrated by an analogy. I don’t know how a calculator works and I don’t really need to know to get its full functional benefits. But actually, what this really entails, is some form of blind faith. Except, in this analogous case, it is not blind faith but inductive reasoning based on the prior success of using a calculator, both from my own personal experience and from all those around me. This marks it as a slightly false analogy. For any such analogy to be perfectly viable, you would have to clearly show that Christianity works functionally and consistently from a theological point of view. And I think this is a problem.

The reality, then, is that it seems that the majority of Christians (and this applies to other religions as well) happily go about their faith-based life proclaiming a union with God and being a member of the Christian sect whilst also failing to properly understand the value religion they and here too. In other words, you can seemingly and equally validly adhere to Christianity in the eyes of God. No matter what your conceptual understanding of it might be.

As a short example, when I was a teenager and confirmed into the Church of England, I professed myself to be a Christian and prayed rigorously to God for a number of years. I soon left my faith behind when I started travelling the world and understanding that it was a far more complex and broken place than that which Christianity could account for. The important part here, though, is that when I looked back upon my understanding of Christianity from my later position of knowledge and understanding as a philosopher of religion, I realised that I didn’t have a clue about Christianity. I didn’t understand even the faintest thing about it. It’s actually quite embarrassing what my misconceptions were and how little, how very little, I knew about pretty much everything concerning Christianity. I was essentially talking to a sky daddy and asking him things, and that as it. I went to chapel some three times a week, at school, but nothing really took purchase. I didn’t even really understand that Jesus was God incarnate in human form, or remotely what Jesus dying for our sins actually meant, or indeed anything theological whatsoever. And I still struggle with many of these ideas, though many levels further up.

And yet, in true No True Scotsman style, I was a paid-up member of the Christian sect. Had I died at that moment, would I have got myself into heaven? Would the judgement of me have been as equally sound and valid as someone who had spent their life being a Christian with as full an understanding as is possible? If so, then this is really not about faith, or a least any conceptual understanding that underwrites faith, but more about deeds or works.

No, Christianity – or the understanding thereof – is a thoroughly elitist pastime. 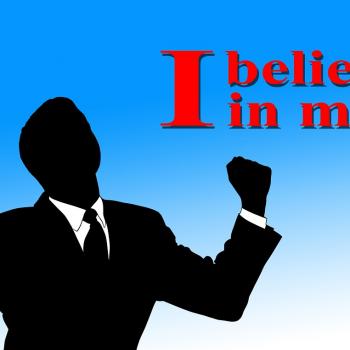 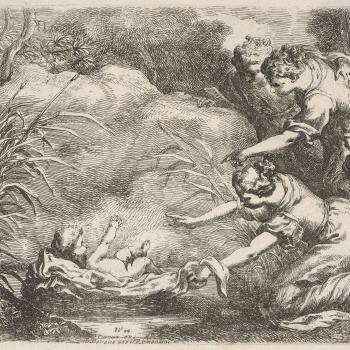