Selective literalism: The tendency to elevate certain biblical principles over others in order to best accommodate one’s personal opinions.

We all recognize this when we see it. But it’s really more than the above definition states. It’s also the deliberate dismissal of biblical texts that are obviously offensive. For example, most Christians do not believe that rebellious children should be stoned to death (Deuteronomy 21:1). But sometimes, that literalism can support punishments that most people find extreme: Some self-described “Biblical literalists” support the death penalty as punishment for murder (Genesis 9:6), while they oppose abortion because life is “sacred.”

How many Christians approve of the explicit instructions in Leviticus 20:13: (KJV):

If a man lies with a male as he lies with a woman, both of them have committed an abomination. They shall surely be put to death. Their blood shall be upon them.

Selective literalism has been exploited very successfully by the Republican Party in order to attract one-issue voters.  Without it, Trump would never have been elected. The fact that over 80% of evangelical Christians voted for a serial adulterer and sexual predator is clear evidence of that. If they followed the literal instructions in their holy book, they would be stoning him to death instead of electing him to the highest office in the US government.

In his book “Thy Kingdom Come: How the Religious Right Distorts the Faith and Threatens America”, Randall Balmer writes that”

Selective literalism continues to serve an important function for the Religious Right. It allows them to locate sin outside of the evangelical subculture (or so they think) by designating as especially egregious those dispositions and behaviors, homosexuality and abortion, that they believe characteristic of others, not themselves.

There is a word for that: HYPOCRISY!

Now I am going to take you on a little journey to a place you probably never expected this essay to go.

In a recent article on another blog,[i] Richard Dawkins was excoriated for some statements he made about eugenics. Here is what he said:

It’s one thing to deplore eugenics on ideological, political, moral grounds. It’s quite another to conclude that it wouldn’t work in practice. Of course it would. It works for cows, horses, pigs, dogs & roses. Why on earth wouldn’t it work for humans? Facts ignore ideology.

For those determined to miss the point, I deplore the idea of a eugenic policy. I simply said deploring it doesn’t mean it wouldn’t work. Just as we breed cows to yield more milk, we could breed humans to run faster or jump higher. But heaven forbid that we should do it.

A eugenic policy would be bad. I’m combating the illogical step from “X would be bad” to “So X is impossible”. It would work in the same sense as it works for cows. Let’s fight it on moral grounds. Deny obvious scientific facts & we lose – or at best derail – the argument.

Here are some comments that followed:

I’m pretty sure one of the reasons he said it’s “bad” is because he was trying to, clumsily, walk back his original comment after people started calling him to the floor on it, but far be it from me to defend the man. I dislike him intensely, and that he’s supposedly a communicator but turns around and says bmud stuff like this is precisely why I dislike him. Nuance gets lost in conversations like this because he intentionally picked a term that would rightly ssip people off. And then he acted offended when it did just that and tried to walk it back.

This is basically an ad hominem attack on Dawkins’ integrity, and as the commenter admits, is based on his own dislike of him.

Here are a couple more:

Dawkins is a bigot who approves of historical eugenics.

Dawkins’ entire argument here, as well as that of his defenders, boils down to “I’m not a bigot, BUT…” And then pretending to be shocked that people realize that whatever follows the ‘but’ is bigoted BS.

This is not just Dawkins “objecting to  ‘[ eugenics] could not work.’

This is Dawkins promoting eugenics, as he has done in many statements over many years, despite his knowing that that is not how any of this works and despite a great many people telling him how evil what he is saying is.

Dawkins’ previous statements promoting eugenics have included him advocating “breeding for musical ability” and “mathematical ability”; as well as his asserting “Intelligently designed morality would have no problem with negative eugenics” – https://rationalwiki.org/wi… .

This is who Dawkins is.

If Dawkins ever held those opinions in the past, his statements clearly reject them now.

What am I getting at here? What did Dawkins say, and why are some of the responses so negative?  What did I take from them? That modifying the genome to cause real effects on an organism is definitely possible, and claiming that it isn’t is stupid. That saying so undermines the credibility of opponents, and that it should be opposed on moral grounds. What did his detractors take from them? That he favors eugenics and is promoting it. And that he is lying when he says he’s opposed to it. They read the first part, but ignored his final statements. Or they dismissed them.

Whoops! Ignored or dismissed the parts they didn’t like because they didn’t fit their personal (negative) opinion of him. Sounds like selective literalism. 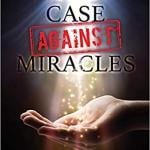 March 4, 2020 Kiekeben: Can One Actually Believe in Christianity?
Recent Comments
0 | Leave a Comment
Browse Our Archives
get the latest from
A Tippling Philosopher
Sign up for our newsletter
POPULAR AT PATHEOS Nonreligious
1