This video was linked to me as a friend of a friend created it, by all accounts. It’s ironic as I am finally listening to Carl Sagan’s A Demon-Haunted World right now that deals explicitly with this sort of claim.

Disclaimer – I have not watched this video yet, but am about to. It’s like watching Ancient Aliens…

Let’s change subjects for a while and see what you think. Are his sources trustworthy? Is there anything in it?…

Now I’ve seen it, it is truly a lesson that we should all listen to Carl Sagan over the inane ramblings of people like this. The video is full of the same old tired claims. The Medvedev one is funny in that conspiracy theorists were sucked in by a joke. The video maker has to parenthetically assert the Russian deputy PM is not referring, in mentioning Men in Black, to the Will Smith film, but to a “documentary film”. Other conspiracy theory sites think he is referring generally to men in black in government.

Man, this video is as bad as any other I have seen. Or not seen.

Nonreligious
The Resurrection: A Critical Examination
A Tippling Philosopher

Nonreligious
Being Skeptical of the Resurrection Accounts; An Online...
A Tippling Philosopher 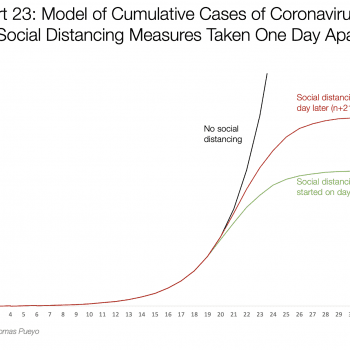 Fox and Friends Excuses Trump's Alleged Ignorance of...
There's been a lot of controversy lately over Russia putting bounties on...

Playing Truant: The Relevancy of God
It's not so much that God is playing truant, it's that she...

Was Joshua's Slaughter of the Canaanites Morally Justified?...
WHERE WE ARE The final question at issue that I discussed in...
view all Nonreligious blogs
What Are Your Thoughts?leave a comment
Copyright 2008-2020, Patheos. All rights reserved.